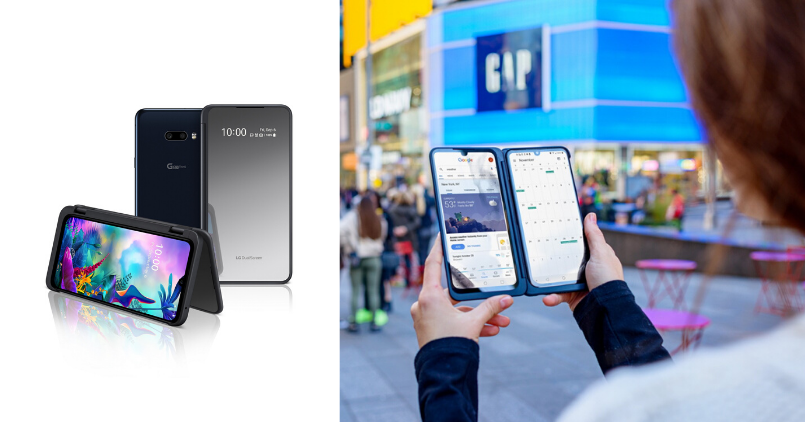 LG has launched its next G series handset in India. The dual-screen enabled LG G8x ThinQ will be available for purchase in India starting tomorrow, across all retail stores. The new LG smartphone is priced at Rs 49,999. Offering a whole new level of multi-tasking facility, this new phone usher in an era of content creation, mobile gaming, and media consumption.  Let’s talk about the features and specifications below.

Sporting two identical OLED displays, offering power and flexibility of having dual screens. Detaching the second screen is quite easy, in case you want to go minimal. The 360-degree Free stop hinge is able to lock into any angle you find convenient. This makes it practically available for gaming at 120 degrees, a mini laptop at 140 degrees, a stand or tent at 270 degrees, or completely flipped back at 360 degrees for taking calls.

Speaking of the camera setup on the all-new G8x ThinQ, it sports a 32MP sensor, which is a super-wide 136-degree shooter. The sensor size is at 1.6 Micron, which is quite an impressive number not seen even on the rear cameras. The rear camera setup is supported by dual-lens, where primary sensor is a 12MP sensor with f/1.8 aperture and a 13MP super-wide lens. 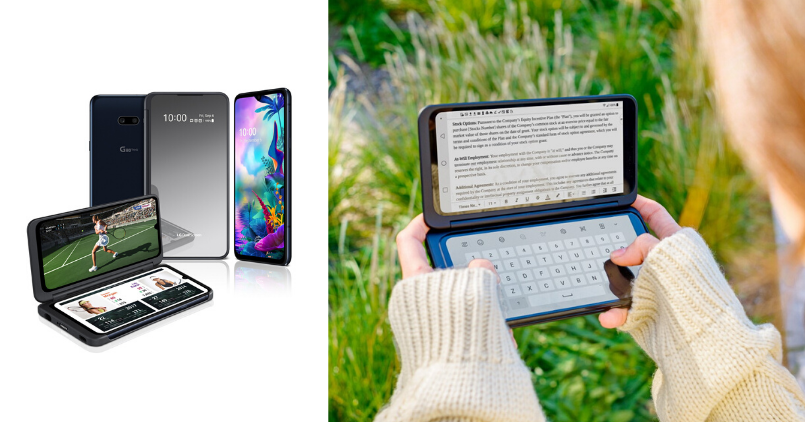 Talking about the hardware specifications, it is powered by a Snapdragon 855 Plus processor. It’s an IP68 rated and military-grade certified. As far as the biometrics are concerned, it has an in-display fingerprint sensor. The handset weighs at 192 grams without the second screen.

Speaking about the screens, both the displays are 6.4-inch in size offering 2340 x 1080 pixel resolution. Sporting a 19.5:9 aspect ratio. The second screen comes with a cover display of 2.1-inch, which will display time and notifications. It weighs at 134 grams. The phone is available only in Aurora Black.

As far as the audio features are concerned, the G8x ThinQ offers stereo speakers with boombox sound, DTS:X support, and Hi-Fi Quad DAC. It shall offer you the most captivating ASMR recordings. It’s tuned by Meridian Audio.

What do you guys think of the all-new LG G8x ThinQ smartphone in India? Let us know in the comment section below.