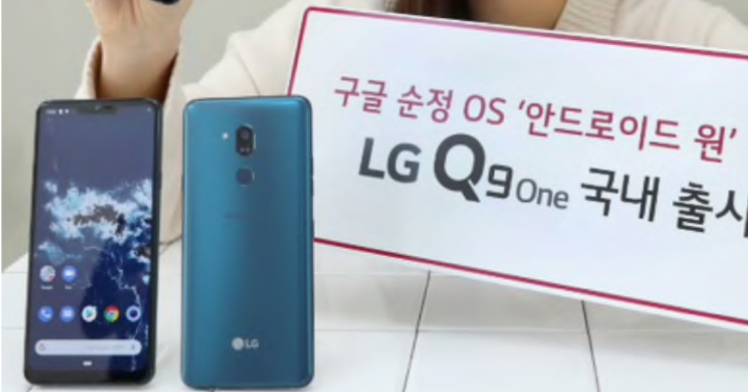 LG has released a new smartphone under Google’s Android One program, its dubbed as LG Q9 One. It is essentially an upgrade to the existing LG Q9 smartphone. The handset is launched in South Korea at Rs 37,500 approximately (KRW 599,500) and would be available in only Moroccan Blue colour. It will be available starting February 15 on LG U+. Let’s talk about the LG Q9 One specifications below.

Talking about the design, it sports a notch design with a thick chin at bottom, which doesn’t clearly helps in making it attractive as far as the display is concerned. But when you come to the rear, the Blue colour does look impressive, Unfortunately, there is only a single rear camera setup, and a physical fingerprint sensor. Interesting to note that LG touts that this handset is military grade certified. It will be running on the Android Pie based user interface, expect it to run vanilla version, since it’s under Android One program.

Sporting a 6.1-inch QHD+ display it has a 19.5:9 aspect ratio and 564 ppi pixel density. The 16MP rear camera has an f/1.6 aperture and the selfie camera is of 8MP resolution. The rear camera supports HDR10 capture and OIS for better-stabilised shots. It is powered by a 3000mAh capacity battery with Quick Charge 3.0 support. The connectivity options include Bluetooth 5.0v, NFC, Wi-Fi, and USB Type-C port.