LG V40 could come with five cameras; three on rear and two on front 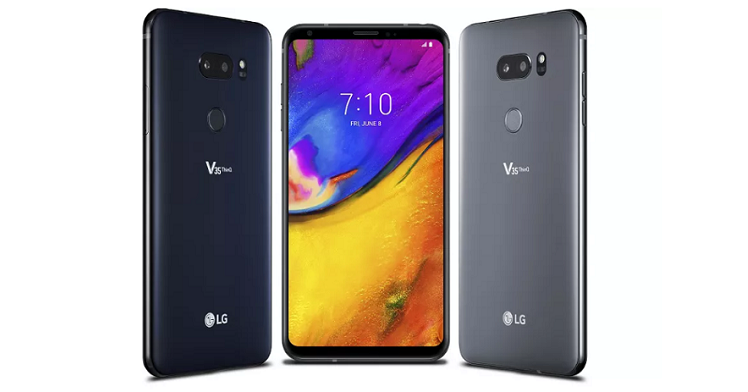 In a rat race to offer more cameras, LG is going to introduce a total of five cameras on its next flagship smartphone. To rise from the defeat it has been tasting, the company is gearing up to gain back its lost market. The upcoming LG V40 is reportedly coming with three rear cameras and two selfie cameras. This information popped up on AndroidPolice.

The next iteration in the V series must provide a unique proposition in order to keep fighting the competition. This year so far brands like Samsung and Huawei have unveiled its beastly camera phones. And now the attention shifts to LG, because coming fall, the users will expect an upgrade from the brand. To make sure this upgrade will get off the shelves of the store, LG has to offer premium features, unlike any other phones.

So far we learned that LG would be coming with three rear cameras and two selfie camera. But it is unknown how this setup will play out. Judging by company’s previous record, it may go like this – a standard wide lens, LG’s signature wide lens, and a third sensor that would either offer a zoom lens or depth lens. We are in a nascent stage of the LG V40 rumour mill, not much can be stated about camera details right now.

Talking further about the V40 specifications, it shall sport a Qualcomm Snapdragon 845 processor. As far as the looks are concerned, it may not introduce any significant design change as opposed to V35. But expect a super-premium smartphone as quoted by the AndroidPolice. There will be usual LG’s Quad DAC and a dedicated Google Assistant key along with the volume rocker.

LG has no plans to introduce an in-display fingerprint sensor which is making the rounds in an industry on Vivo, Xiaomi, and special edition Huawei phones. And the notch is almost confirmed for the display as was on the G7. It is unknown whether LG will go with an OLED or LCD display. Also, expect LG to introduced a 3D face unlock feature utilizing two cameras on the front.

What do you guys think of the LG V40? Let us know in the comments section below.