Home | Phone Leaks  | LG V40 ThinQ could be the first LG phone to have 8GB of RAM, reveals a leak

LG V40 ThinQ could be the first LG phone to have 8GB of RAM, reveals a leak 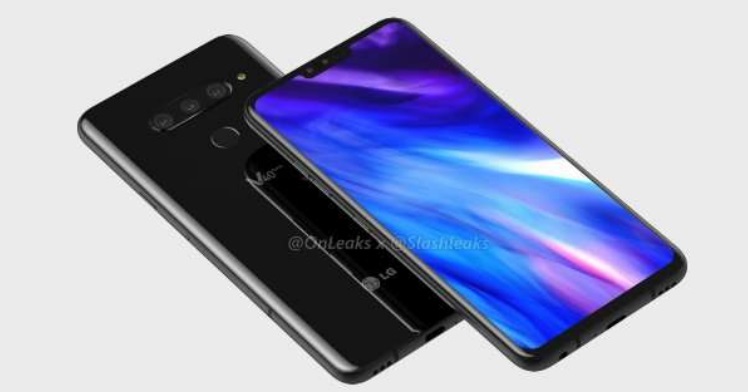 The LG V40 ThinQ is the company’s biggest bet in 2018. The phone has been leaked to feature a triple camera on the back with dual selfie snappers. Today, a new leak has given out some important details about the specifications of this phone. The model number of the LG V40 ThinQ is LM-V405N. Let’s look at the other specs in detail.

The phone has been revealed to derive its power from the latest Qualcomm Snapdragon 845 processor. This processor has also been used in LG G7 ThinQ. The LG V40 ThinQ is also likely to feature a huge 8GB of LPDDR4x RAM and 128GB of ROM. The internal storage will be expandable via a microSD card. Design-wise, the phone looks quite similar to the LG G7 ThinQ. However, its triple camera on the back is something which distinguishes it from the latest G-series smartphone. A fingerprint sensor has also been shown in the leaked image and it is placed comfortably on the back of the LG V40 ThinQ. 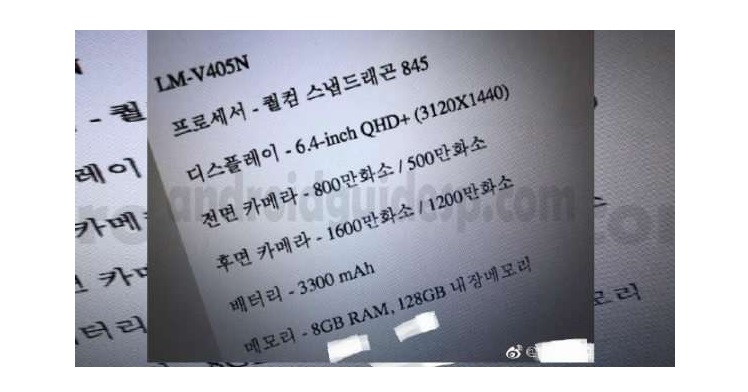 LG has not removed the 3.5mm headphone jack and this news might come as a welcoming relief to fans. There is also a USB Type-C port on the bottom. The camera setup of the phone has a 16MP primary sensor + 12MP wide-angle lens + 8MP telephoto lens. The selfie shooter on the phone has an 8MP + 5MP configuration. The secondary 5MP camera will be useful for depth sensing and hence, will come handy in portrait mode shots.

The LG V40 ThinQ has also been mentioned to carry a 3300mAh battery with a support for Fast Charging. Rumours are ripe that the phone will also support wireless charging. The device is speculated to come with the latest Android 9.0 Pie with LG custom skin on top. The speculated cost of the phone is around $1000 (around Rs 71,000). However, we do not know whether this value is credible or not.

What do you think about the upcoming LG V40 ThinQ? Let us know in the comments section below. Stay tuned to Mr. Phone for more updates.