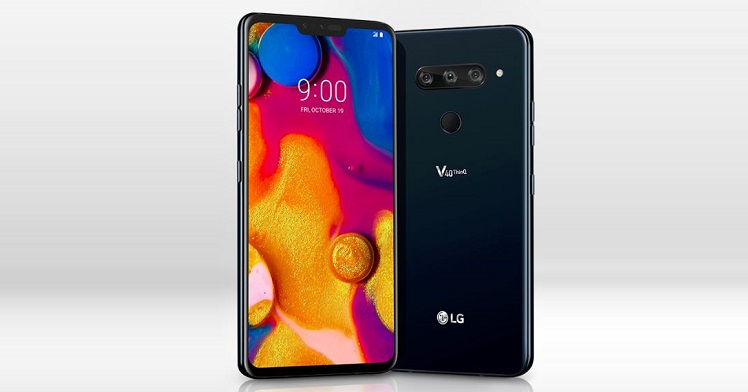 The successor to the LG V30 has arrived! LG has made its new handset V40 ThinQ official as it conducted a press meet in New York City yesterday night (IST). It is LG’s first phone with five camera setup – three on the rear and two on the front. LG’s V series is particularly popular among users who are looking to step up their camera game. And LG has made sure that this one has everything a content creator would require these days. In fact, the brand in the United States is bundling a DJI Osmo Mobile 2 gimbal and a SanDisk 256GB microSD card for free. Let’s talk about the LG V40 specifications below. 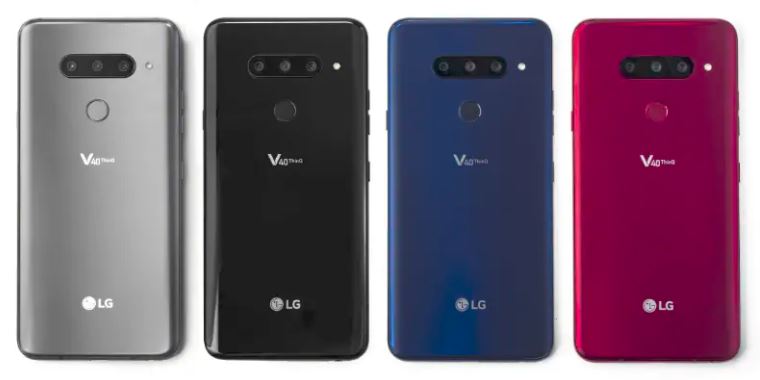 Sporting a large 6.4-inch OLED display with 19.5:9 aspect ratio and a notch. This is a QHD+ resolution display, meaning a 1440 x 3120-pixel resolution screen. It has a protection of Corning Gorilla Glass 5. As far as the internals are concerned, it packs a Qualcomm Snapdragon 845 processor, which is backed by a 6GB of LPDDR4X RAM and 128GB of UFS 2.1 storage. Know that the storage can be expanded further via microSD card slot up to 2TB. Rumored to offer Android 9.0 Pie out of the box, it would be coming with Android 8.1 Oreo-based UI.

Coming to the camera department, LG has a lot going on in this segment for its new V40 smartphone. The rear setup includes three cameras, where the primary lens is of 12MP resolution and f/1.5 aperture. It offers a 78-degree viewing angle and 1.4-micron pixel size lens. The second lens is of 16MP resolution, which is an ultra-wide angle lens with a 107-degree field of view. Its aperture size and pixel size is at f/1.9 and 1.0 micron, respectively. 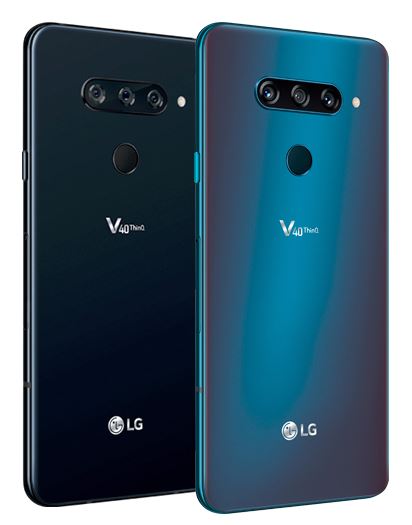 Now comes the details of the third lens, it is a 12MP resolution telephoto lens with f/2.4 aperture size, 1-micron pixel size, and 45-degree viewing angle. Moving to the front camera setup, it has a dual camera setup, where the primary lens is of 8MP (f/1.9, 1.4 microns) and secondary lens is of 5MP (f/2.2, 1.4 microns). Taking the advantage of triple lens setup on the rear, LG has introduced a Triple Preview feature. It simultaneously takes the shot from all lens and lets you pick the best. Further, the rear camera supports dual phase detection AF, HDR, and updated AI cam mode.

LG has equally focussed on making it the best audiophile flagship smartphone. With features like DTS:X  3D surround sound, Boombox speaker, 32-bit Hi-Fi Quad DAC tuned by MERIDIAN, and 3.5mm Audio jack connectivity. These all features are powered by a not so large 3300mAh capacity battery. But it comes with a Qualcomm Quick Charge 3.0 fast charging. In terms of biometric security, it has a rear mounted fingerprint sensor and a Face Unlock. Note that it comes with Military grade certification and IP68 rating.

LG would be selling its V40 ThinQ smartphone in the United States for an unlocked price starting at $899.99, which roughly translates to Rs 66,400. It will vary according to the carrier you opt for. The handset would be available in four colours including Aurora Black, Moroccan Blue, Platinum Gray, and Carmine Red. And it would be available for sale starting October 18 in first two colours mentioned.