LG Velvet teased in an official video, and it looks really stunning 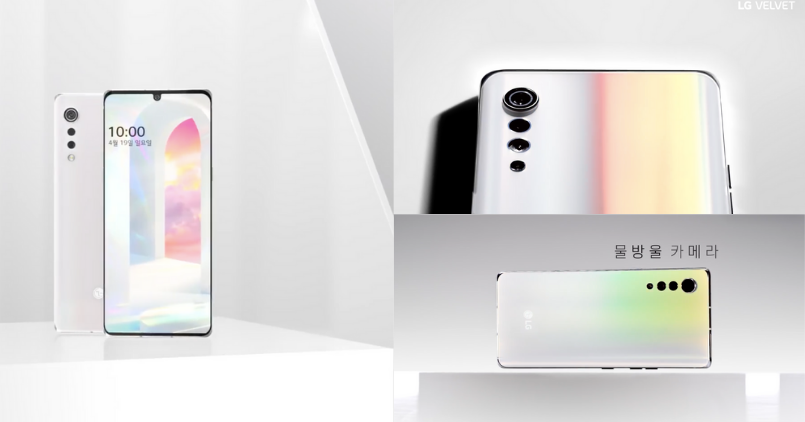 LG has dropped its long-running G-series, starting this year. The South Korean brand unveiled that they would be releasing a new premium mid-ranger. The official name tag (LG Velvet) was released by the company along with some design sketches. Soon we saw many renders being popped up online, and we had the first colourful look at the next LG flagship.

Now today, LG has taken upon themselves to showcase how its new smartphone will look in a teaser video. This video was posted on YouTube, but it might not be by an official company’s channel. Let’s watch this video first and find out what it tells us about the upcoming LG’s flagship phone.

LG Velvet – What to expect?

LG’s all-new phone might not be a powerful smartphone as compared to other flagships in the market. But it most certainly will be a stunning looking handset. These days the rear part of the smartphones looks more or less similar. But LG’s Velvet doesn’t take a queue from the existing triple rear camera setup handsets. You can see a unique arrangement of the sensors in a vertical fashion.

The company’s new mass-market smartphone is said to be powered by a Qualcomm’s Snapdragon 765 processor instead of Snapdragon 865. This venture into a premium mid-range could allow the brand to look at things differently. LG will be playing in a new field starting this year. As far as the further specifications are concerned, there’s not much shared by the brand.

The video teases only about its design, where it’s supposed to pack a slim and sleek look. We know how it will look on the rear. Talking about the front, it will be packing a tiny notch design. Plus, there will be a tall boy design, which means to expect a wider aspect ratio as compared to industry-standard these days.

What do you think about the LG Velvet? Let us know in the comment section below.