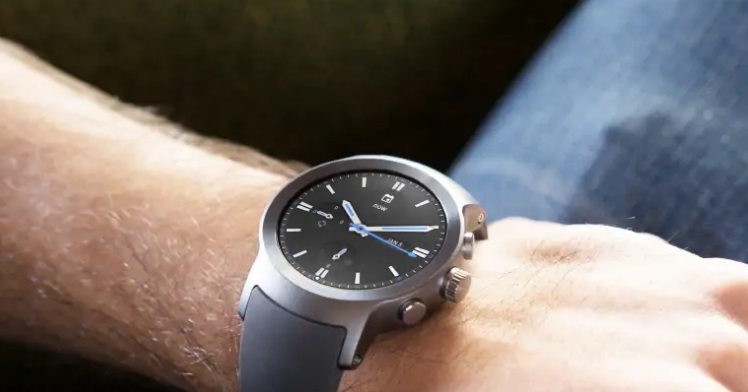 LG is launching its next flagship LG V40 ThinQ on October 3. Now, we know that the company is planning to launch the next iteration of its smartwatch on the same date as well. This new smartwatch is actually a mix between an Android OS powered gadget and a mechanical clock. In the early months of 2018, we saw this watch as the LG Watch Timepiece with many of its specifications. Now, it has been confirmed that it going to be called the LG Watch W7.

Evan Blass, known for authentic and true leaks has tweeted the information. He has also mentioned how this watch will accompany the LG V40 ThinQ. An old story by a popular publication has also been added in the tweet to show that the specs of the wearable are the same, just the name is different from the leak which came earlier. The Android part of the watch is responsible for its battery efficient features and accurate time tracking.

The report also states, “the wearable capable of lasting up to a hundred days on a single charge while operating in Watch Mode which effectively has Wear OS (almost) completely disabled. Once its 240 mAh battery is depleted, the device will still be able to continue tracking time for close to a hundred hours, i.e. roughly four days.” 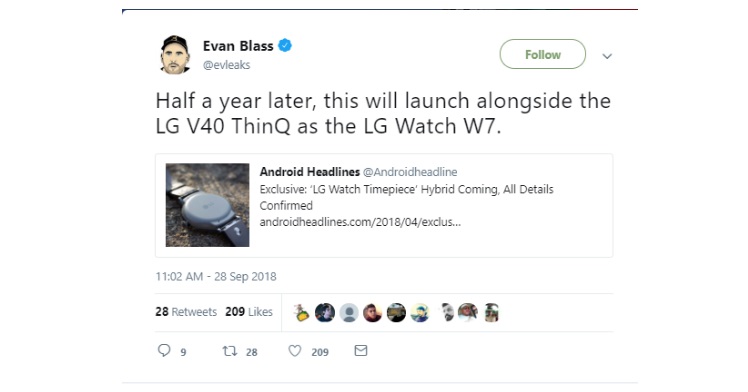 The upcoming LG Watch W7 is likely to be made of steel with an IP68 certificate. It will probably have a 1.3-inch LCD display with a resolution of 360 x 360p. The smart wearable will come with a rubber strap of 22mm which could be interchanged when needed. It will have a 4GB of ROM and 768MB of RAM as well. Under the hood, the LG Watch W7 will be powered by the Qualcomm Snapdragon 2100 processor. It is likely to come in two colours – Aurora Black and Cloud Silver. Additionally, the watch has been mentioned to be priced at $250 which converts to Rs 18,000 approx.

The LG Watch W7 will come as a competitor to the Apple Watch Series 4 with Fall Detection. It’d be interesting to see how the two wearables perform against each other. What do you think? Let us know in the comments below. Stay tuned to Mr. Phone for more updates.