Home | Tech News  | Meizu 16 and 16 Plus is official: specifications, price and availability

Meizu 16 and 16 Plus is official: specifications, price and availability Meizu has just launched its new 16 Series handset, an upgrade to the 15 series launched earlier this year. Sporting amazing specifications as quoted by officials at the event, the new Meizu 16 and Meizu 16 Plus are the latest flagship products powered by Qualcomm’s Snapdragon 845 processor. The first model is priced at Rs 27,000 approx. and the second model is priced at Rs 32,000 approximately.

The Meizu 16 comes with a 6-inch full HD+ Super AMOLED displays with a resolution of 2160 x 1080 pixels. Know that this is a Samsung manufactured panel and offers an aspect ratio of 18:9 with no notch design. It has different variants where the RAM and storage differs. Starting with 6GB/64GB model, it has two other variants including 6GB/128GB and 8GB/128GB. With a battery capacity of 3010mAh, it claims to offer a day’s charge. Plus, there is a fast charging support. 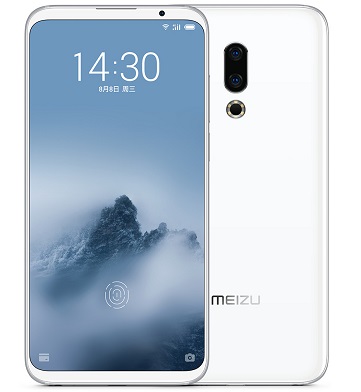 Talking about the Meizu 16 Plus specifications, it comes with a 6.5-inch full HD+ Super AMOLED display with the same 2160 x 1080 pixel resolution display. It comes in three variants – 6GB/64GB, 6GB/128GB, and 8GB/128GB. All this is powered by a 3640mAh capacity battery with mcharge fast charging support.

The common features that you’d see on both the models include camera setup, in-display fingerprint sensor, and processor. While the connectivity features on both of these handsets are similar as it supports USB Type-C, 4G VoLTE, Wi-Fi, GPS, GLONASS, and Bluetooth 5.0.

As far as the camera department is concerned, it comes with a dual rear camera setup. Where the primary sensor is of 12MP with f/1.8 aperture, 1.55-micron pixel size, four-axis OIS, and laser auto-focus. The secondary lens is of 20MP, which is a telephoto lens with f/2.6 aperture and 6 LED ring flash support. On the front, you’d see a 20MP snapper for selfies, which has a f/2.0 aperture and AI Face Unlock.

The new Meizu 16 and 16 Plus would be available for purchase in China starting today. But they will start shipping from August 16 and August 20, respectively. What do you guys think of these new phones? Let us know in the comments section below.