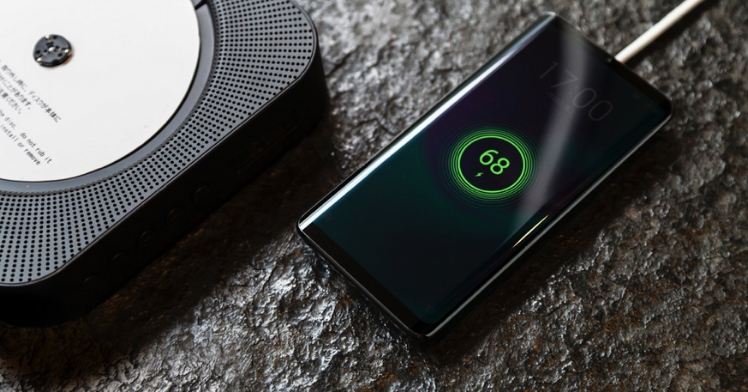 Such as Avengers movie franchise, there is always an endgame to a story. And as far as the smartphone industry is concerned, Meizu has presented what could be the endgame of the conventional smartphones. A natural endpoint if you may say! The Chinese smartphone maker has presented a concept phone dubbed as Meizu Zero, which brings a natural conclusion to the ports and buttons.

After getting awed by seeing Xiaomi’s foldable phone prototype, you should get ready for yet another designing marvel. But this time it’s from the competitor, Meizu. It’s not a foldable phone, though, it really seems to be proving a point that in future the smartphones may not have any kind of ports and physical buttons.

Said to be created out of a ceramic material, the Meizu Zero’s exterior body is believed to be a seamless slab of ceramic. We have encountered how durable this ceramic material made smartphones can be. Advertised as world’s first holeless phone, it could create a category of smartphones and a demand out of this new category for whomever willing to let go of ports and physical button functionalities out of their phones.

Meizu Zero: What’s a workaround to ports and buttons?

Some groundbreaking technology that Meizu could be introducing on this phone if and when it comes to the market. The features like mSound 2.0 and Super mCharge Wireless tech would help it perform like a usual smartphone. The mSound 2.0 tech would allow its display to work as a speaker. And is said to offer 18W wireless charging speed, which would surpass the Apple’s 7.5W and Samsung’s 9W wireless charging speeds.

Interestingly, Meizu has not gone with any kind of notches, or a punch-hole display for the matter, as advertised an hole-less display. It is said to sport a 5.99-inch AMOLED display with a small chin on the top and bottom. The fact that it doesn’t have holes could help it gain IP68 rating very easily.

Taking its hole-less concept to another level, the company has incorporated a haptic feedback system which could offer virtual buttons on the side to turn ON and OFF as well as adjust the volume. There is no SIM tray or storage expansion slot, the company said to bring eSIM tech.

Apart from the announcement that Meizu Zero would be powered by a Snapdragon 845 processor, the company hasn’t revealed much on the specs front. No camera details or battery capacity was revealed. Meizu could be bringing this phone to showcase at MWC 2019, but it is not likely to release it anytime soon. Although, we would love to see that happen as soon as possible. What do you guys think of the Meizu Zero? Let us know in the comment section below.