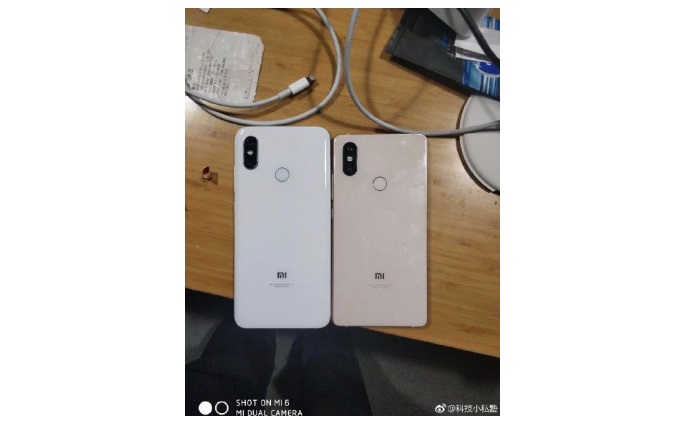 Xiaomi is reportedly launching two new smartphones soon. The Mi 7 and 7 Plus phones are supposed to land soon in the Chinese markets. Both the devices have been surrounded by numerous leaks, speculations and rumours. Today, a new leak has revealed their live images and important specs. The pictures were spotted on Weibo by a leading technology news website.

Both the phones have been shown from behind and we can see a vertical dual camera setup with an LED Flash. Earlier, it was rumoured that the Mi 7 will come with an in-display fingerprint sensor. However, these images show a circular fingerprint reader just below the cameras. It clearly means that the feature cannot be expected to debut on these two devices. 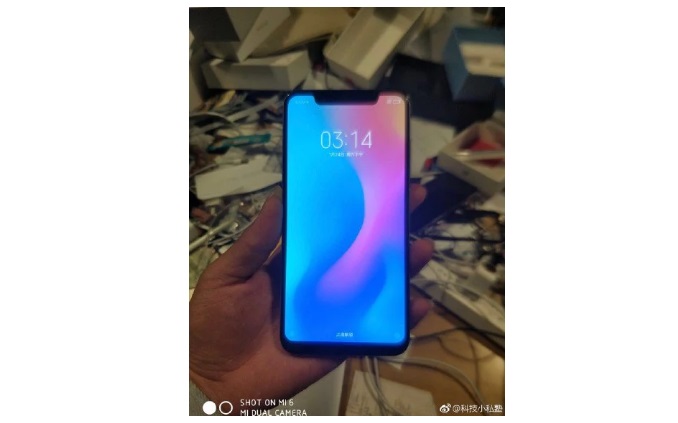 In the second image, we can see the front panel of a device. The phone in this image does not have bezels but it does have a notch. The same notch has worked to increase the screen-to-body ratio due to which we have more display space. Other Android OEMs have also accepted the notch and while Xiaomi did put one on its Mi Mix 2s, the Mi 7 in this image has a notch as big as the iPhone X’s.

The wider notch may be a necessity on the Mi 7 because it has been speculated to contain a set of complicated sensors against just an earpiece and front camera on the other Android phones. The bottom bezels on this device are somewhat bigger than the ones on the sides. A third image has also surfaced and it shows the “about” section of a phone. It shows the codename “dipper” which is the Mi 7 indeed and Android 8.1 Oreo with MiUI 9.5 beta on top. 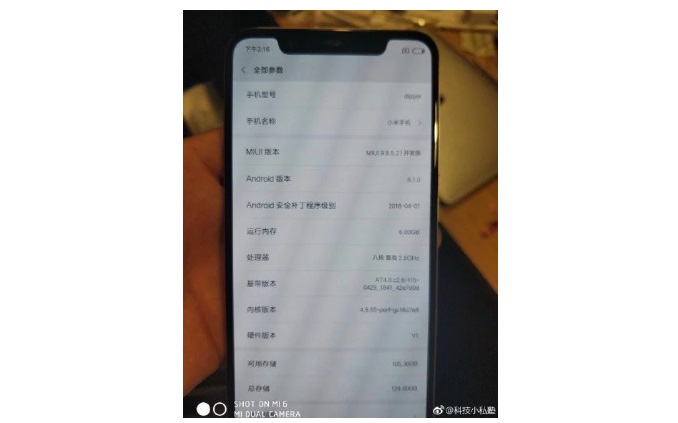 The page has also revealed the presence of a 2.8GHz processor, which is the Snapdragon 845, 6GB of RAM and 128GB of ROM. The rumoured specs of the Mi 7 include 20MP + 12MP rear camera setup, 20MP selfie snapper, and 3500mAh battery with a support for wireless charging. The two devices can launch by the end of this month in China.

How do you feel about these leaks? Let us know in the comments section below. Stay tuned to  Mr. Phone and download our app to get the latest updates from the world of smartphone technology.