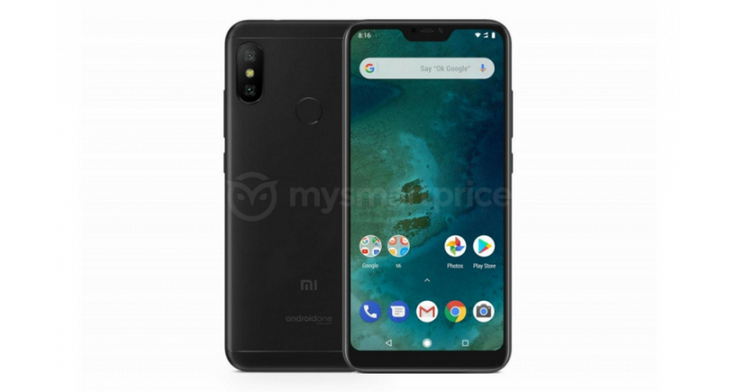 In April, Xiaomi CEO Lei Jun said that there is a Redmi Android One phone in the pipeline. The company already had a Mi 5X rebranded as the Mi A2 back at that time. Since then, we haven’t heard much about the handset until today. A Polish e-commerce store, yesterday, has listed not only the Mi A2 but also a certain Mi A2 Lite on its platform.

The listing has revealed not only the specifications of the device but also its design. And true to its words, the Mi A2 Lite looks completely like the recently revealed Redmi 6 Pro, not only on paper but also in terms of looks. If this listing is not forged, we’re likely seeing this launching alongside the Mi A2. And even though Xiaomi will not confirm it, the launch is likely to happen in Spain on July 24.

As for the listing itself, you can pretty much just take the whole spec-sheet of the Redmi 6 Pro and post it on the Mi A2 Lite listing, since they are the same devices, except, of course, it will run the latest version of pure Android.

Also read: Xiaomi Mi A2 could come in four variants and three colours

As a recap, the Redmi 6 Pro sports 5.84-inches of Full-HD+ screen, a Snapdragon 625, 4GB of RAM (at least), and a 4000mAh battery. The camera configuration also stays intact. It has a 12MP + 5MP lens stacked in a vertical setup at the back and a 5MP lone selfie shooter.

The Mi A2 is also listed there with a PLN 999 price tag (around Rs. 18,400) and it is exactly like it has been reported earlier. We have been closely covering the Mi A2 leaks as they unfolded and we’re sure it will be every bit a carbon copy of the Mi 6X.

The global launch event in Spain has started reservations on Xiaomi’s Spain website and will take place on July 24.