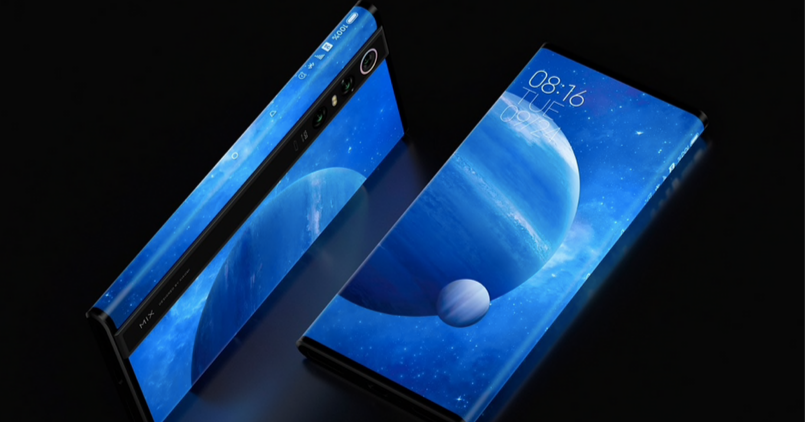 At an event in China, Xiaomi has announced the much anticipated, new Mi Mix upgrade. It’s called Mi Mix Alpha. True to its naming, the new Mi Mix iteration comes with a mind-blowing surround display. No, the company isn’t calling it a flexible display, but it’s rather a flexible screen offering minimal bezels. Let’s talk more below on this.

This Surround Display supposed to wrap around the phone and pretty much covers the entire body while doing so. The display you are looking at will get light up, Xiaomi says, it will be using sensors and AL algorithms to detect activity. Note that there are no physical buttons on this phone. Hell Yeah, the future is here!

“To accommodate the nearly all-screen offering, Mi MIX Alpha has minimal bezels on the top and bottom, and ditches the physical side buttons altogether,” Xiaomi said in a statement. “A brand-new display acoustic technology replaces the traditional earpiece receiver and proximity sensor while the device’s sides are pressure-sensitive and leverage a linear motor to simulate the touch of real buttons.”

There is not much known about this phone, but we learned from Xiaomi that it will be coming with a gigantic sensor sporting 108MP resolution. This will be the newly announced Samsung sensor. Notably, the phone uses a combination of titanium alloy, ceramics, and sapphire for its claims sturdy build.

Running on the custom MIUI Alpha operating system, it will be featuring a 7.92-inch flexible OLED screen with 2088×2250 pixel resolution. The phone will be powered by Snapdragon 855 Plus processor. It is said to be paired with 12GB of RAM and 4050mAh capacity battery, which seems low for such a huge display. There said to be a support of 40W fast charging technology that Xiaomi recently announced.

Talking more about the camera setup, it will be sporting a triple rear camera setup having Samsung HMX sensor with 108MP resolution as its primary. Further, there will be two sensors; a 20MP wide-angle, and 12MP for portrait shots. There will be a 512GB storage onboard, in-display fingerprint sensor, 5G support, Wi-Fi, Bluetooth 5.0 and GPS.