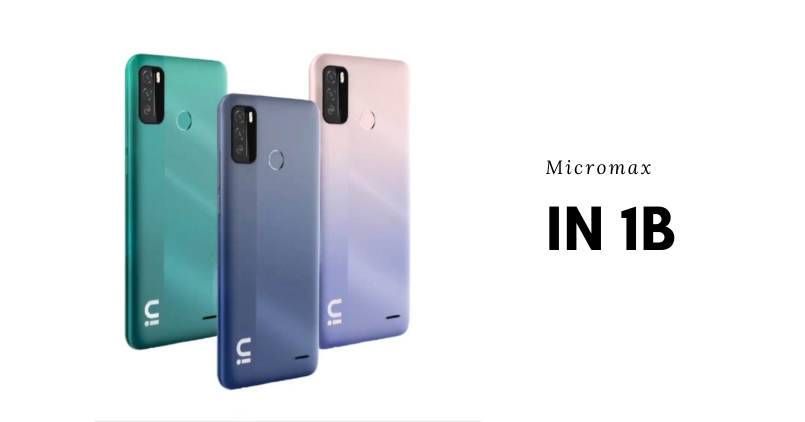 Micromax has launched Micromax IN 1b smartphone in India. It is the new budget smartphone from the company. It is also part of the comeback smartphone for the phone maker. The IN 1b is launched alongside Micromax IN Note 1 smartphone. The device comes in two storage variants. The Micromax 1b starts at Rs 6,999.

Micromax IN 1b Specs

Micromax IN 1b comes with a dewdrop notch display measuring 6.52-inches. The display features an HD+ resolution with 20:9 aspect ratio.

The Micromax IN 1b is powered by an octa-core processor underneath. It is Helio G35, the gaming-oriented chipset from MediaTek that could hit clock speeds of up to 2.3GHz. The device comes in two storage variants, either in 2GB or 3GB of RAM and 32GB or 64GB of onboard storage.

In terms of optics, the Micromax IN 1b features a double array of cameras on the back. There’s a 13MP sensor acting as a primary camera, followed by a 2MP camera. There’s 8MP working as a selfie shooter on the notch on the front.

A decent 5000mAh battery powers the Micromax IN 1b. It supports 10W fast charge via USB Type-C. On the software front, the 1b ships with Android 10 out-of-the-box and the company also promise guaranteed software updates for another two years. There’s also a dedicated Google Assistant button on the Micromax 1b. The other I/O on the device includes a 3.5mm headphone jack and SIM slot.

As suggested earlier, the device starts at Rs 6,999 for the 3GB of RAM and 32GB variant. The 4GB of RAM and 64GB storage variant is priced at Rs 7,999. The Micromax IN 1b is available as a Flipkart exclusive and the first sale starts on 26th November.