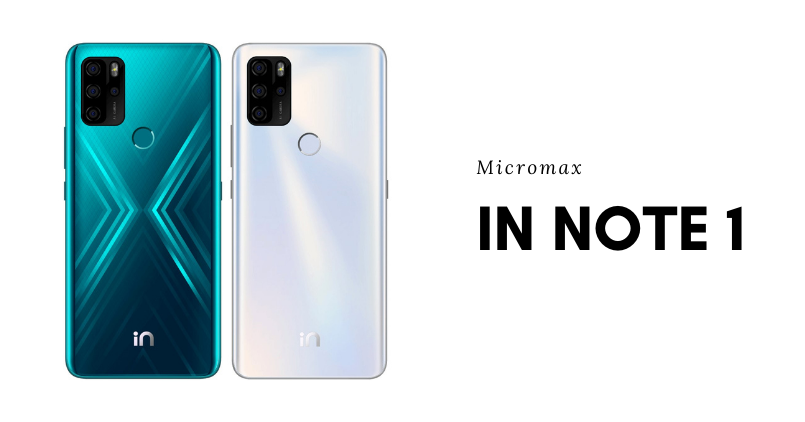 Micromax has launched the IN Note 1 smartphone in India. The much-anticipated comeback devices — Micromax IN Note 1 and the cheaper Micromax 1b are now available in the country. The company’s co-founder, Rahul Sharma has earlier suggested in a video that the brand had a setback with Chinese companies taking over its market. These new devices act as a comeback to the company and to compete in the highly competitive market.

Micromax IN Note 1 Design and Specs

Micromax IN Note 1 features a full-screen display with a punch-hole cutout for the selfie camera. It measures 6.67-inches diagonally and comes in FULL-HD+ resolution. On the design front, it comes in a familiar design, which we have seen earlier. However, there’s gradient finish on the rear, which forms an ‘X’ figure, as opposed to the Micromax X factor branding. There’s also a dedicated button to trigger Google Assistant.

Under the hood, the Micromax Note 1 powers with MediaTek’s Helio G85. It is an octa-core processor from the chipset maker that can clock speeds of up to 2GHz. On the storage front, Note 1 comes with 4GB of RAM and 64GB/128GB of onboard storage.

For cameras, the Micromax IN Note 1 features AI Quad rear cameras with 48MP sensor acting as the primary one. There’s a 5MP wide-angle camera followed by a 2MP depth and 2MP Macro camera. For selfies, there’s a 16MP wide-angle sensor on the front.

The Micromax IN Note 1 will be a Flipkart exclusive. It starts at Rs 10,999 for 4G of RAM and 64GB variant. The larger variant with 4GB of RAM and 128GB onboard storage comes at 12,999. The device will also be available in Green and White colour variants. The first sale starts on 24th November on Flipkart and Micromax website.