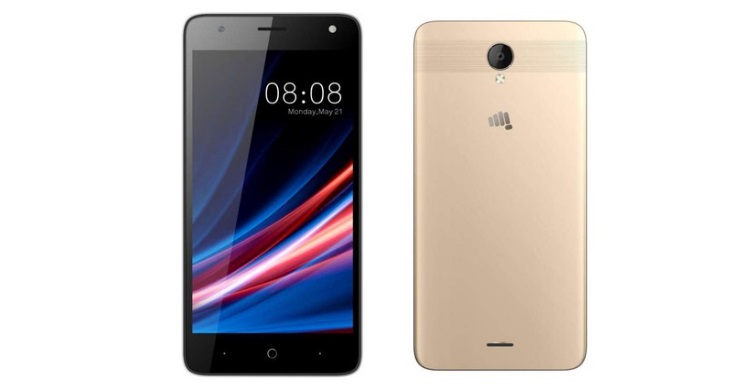 Micromax has launched a new smartphone under Google’s Android Go program. The Spark Go, as it is called, comes loaded with Android Oreo and a special set of optimized apps. The phone is a Flipkart exclusive and sells for Rs 3,499. It comes in two colour variants – Gold and Silver.

The Micromax Spark Go has launched with an alliance with Reliance Jio to give an extra 25GB 4G data to the users. All they would have to do is to get a recharge worth Rs 198 or Rs 299 for five months. For each recharge, they’d get an extra 5GB data on their prepaid numbers.

The phone carries a 5.0-inch FWVGA display with a resolution of 480 x 854p. It has huge bezels on all sides and this is in accordance with its entry-level specifications. Performance wise, the Spark Go runs on the Spreadtrum SC 9832E quad-core processor, clocked at 1.3GHz. For graphics, it has the Mali-T720 GPU. It carries a 1GB of RAM, just like the other Android Go phones and an 8GB of ROM. The latter is expandable by up to 128GB via a microSD card.

The Spark Go phone also has a 5MP main shooter with an LED Flash. For selfie enthusiasts, the device has a 2MP selfie snapper with an LED Flash as well. It consists of a 2000mAh battery and runs Android 8.1 Oreo (GO edition). For connectivity, the phone has a support for 4G VoLTE, WiFi 802.11 b/g/n, Dual SIM,  Bluetooth 4.0 and GPS. Android Go smartphones are released to focus on the technological upliftment of the rural areas primarily. However, they have a certain appeal in the eyes of urban audiences as well. These phones generally come with up to 1GB of RAM and a special set of apps to provide the best-in-class Android experience to people.

Would you like to buy the Micromax Spark Go? Let us know in the comments section below. Stay tuned to Mr. Phone for more updates.