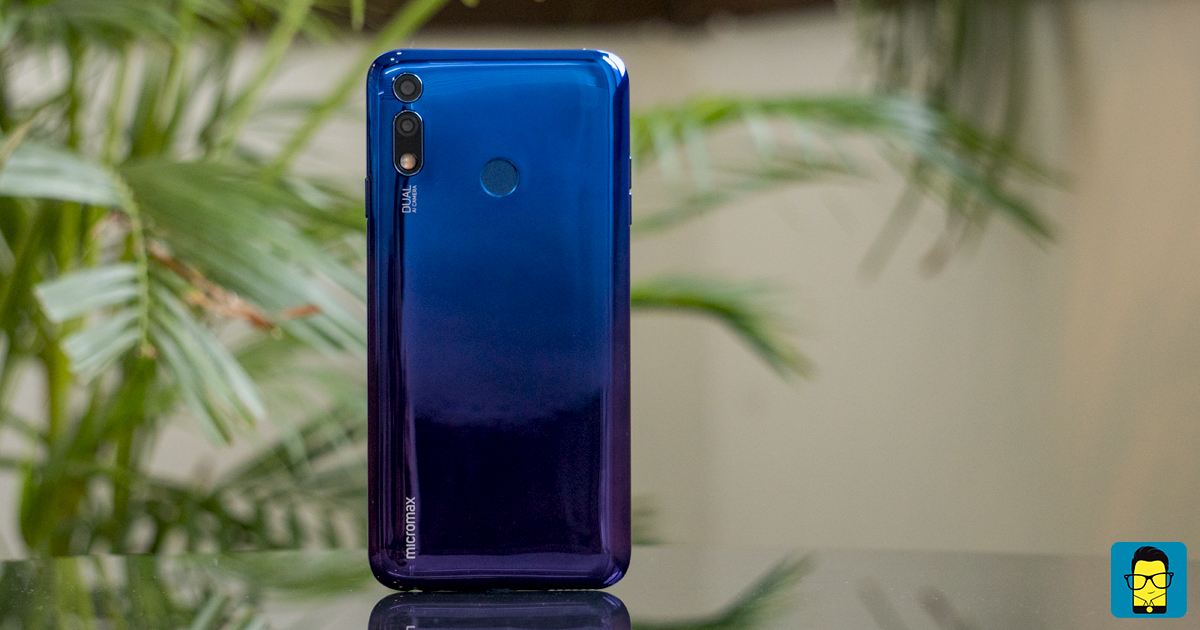 Once a household name, Micromax almost went under the radar during the smartphone boom in India, which gave prosperity to a lot of Chinese brands. Today we take a look at the Micromax Infinity N12 which has been fitted with the latest cosmetics to make it look like a typical 2019 smartphone. But is it good enough to bring Micromax back to the game? Well, let’s find out.

Coming to design, the Micromax Infinity N12 is probably the best looking Micromax phone ever. The gradients seem to be in fashion and the thing about gradients is that if you get it right it looks classy and trendy, but if you get it even slightly wrong it ruins the whole phone. Fortunately, the Infinity N12 has gotten it right and the phone does look way out of its own league. That said, the back is still plastic and there are already a lot of scratches that can only be hidden by smudges, so yeah get a case for it because you don’t get one in the box. 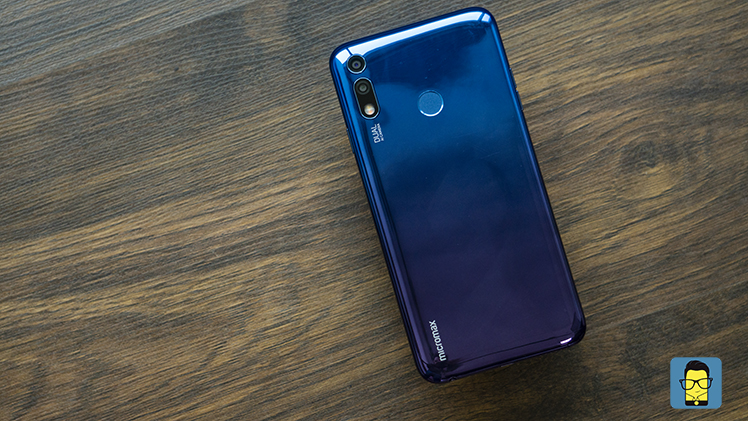 The top of the phone is where the long SIM/micro SD card slots sit. It’s a triple slot design, so that’s great. Now, while the volume buttons still feel tactile, the power button has started to become slightly mushy over my use. I am not too worried about this, but I thought I should just put it out there for the ones who care about this. It charges via a micro-USB cable but the interesting part sits at the other end of that cable. I am really intrigued by the shape of it and I can’t figure out what in the world were they thinking. Well, I guess this is the most I’ve talked about a charger in a phone review so they were clearly thinking something.

Now, I do consume a lot of content on my phone and while the headphone jack output was quite standard the single speaker left a lot to be desired. It seems quite normal though, at any price, it’s quite difficult to get the headphone jack output less than average. But the better speaker output required much more R&D and more expensive DACs or AMPs, which clearly the phone lacks.

It’s been a while since I have been saying how much I am impressed by budget smartphone displays, and this one keeps that up. This is my first Micromax phone review and contrary to what I expected, the display is pretty good. It’s a 720p+ display, but I don’t care too much for the resolution. And I am glad to find that the display quality is actually quite good. The viewing angles are pretty good, there isn’t any noticeable colour shift, and the brightness levels are good too. It’s not all roses, there is some light bleed at the bottom, the temperature is a bit on the cooler side. 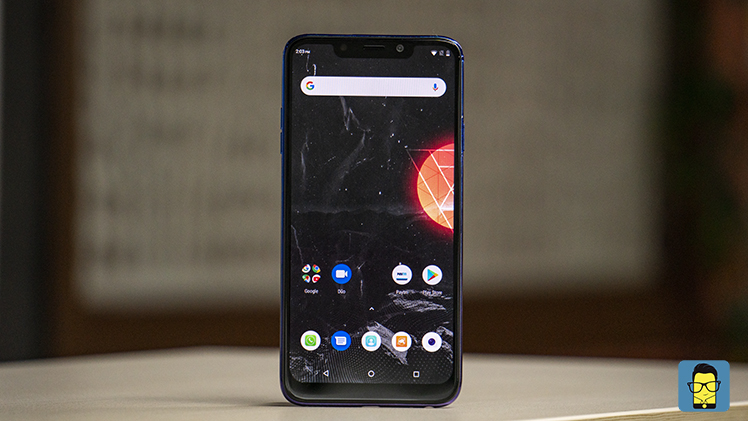 Now when it comes to actually consume videos or movies on this, I enjoyed the experience. It doesn’t come with Widevine L1 though, you only get L3 but I don’t really feel that it’s a dealbreaker.

All this said, the display still manages to stay on the “Yay” side of the list and unless you nitpick as much as I do, you will enjoy this display.

Guessing a smartphones price just by looking at the body or display is quite easy, but it’s much easier with the processor (there are always outliers, Poco). This one comes with an Helio P22 which is known to be used in budget phones. The P22 is an Octa-core chipset, with the cortex A53 making up the entire architecture. The one inside the Micromax N12 is clocked at 2.00 GHz with 3GB of RAM inside. Now during my usage of this phone, I have not had a great experience. I am surprised to see that even with stock android the phone is struggling to keep a smooth frame rate when scrolling. The animations had stutters too, I tried speeding up the animations in developer options, but that did very little in enhancing my experience. 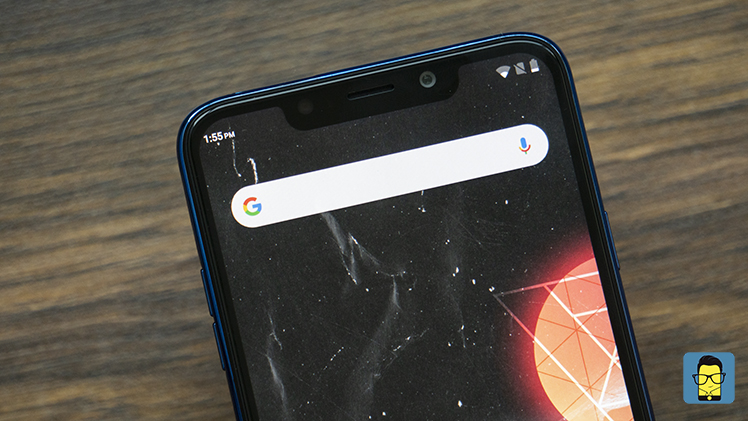 The N12 uses Emmc 5.1 storage inside with reading speeds of 289.85 MB/s and writing speeds of 118.96 MB/s. These aren’t mind blowing, but yes compared to the Samsung M10 I reviewed a week ago, this one has better speeds which means that should be slightly faster when it comes to app load times.

For the sake of it, I played PUBG on this phone, and it went better than I expected.  The gameplay though does justify the benchmark scores of the Infinity N12. The Antutu score was 78093 and the Geekbench scores came out to be 836 for Single-core performance and 3494 for Multi-core. These scores certainly stand well against the competition, but unfortunately the same can’t be said about the real world performance.

Now, the thing that I did like was the clean vanilla OS experience. Tweaks by Micromax is limited to app icons and a few lock screen elements, but the rest of it is Android Oreo in its naked form. I like how well organised and how barebones it is. Now, if you’ll like it or not completely depends on your preference. If my shift from a tech-savvy smartphone user to a reviewer taught me one thing, then it is that everyone is different. And yes this seems rather basic, but you know what sitting at home behind a computer screen, I used to wonder why isn’t every smartphone manufacturer already on stock android. But as a reviewer I have realised how stock android feels too empty to some people, boring even to a few others, and at times ruins the whole experience. 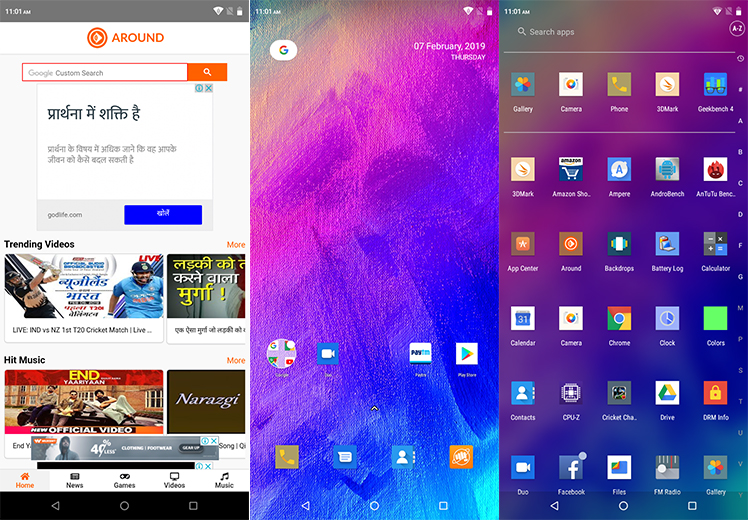 Not for me though, I am a fan and assure of maximum performance that Stock Android gives is enough for me. That said, there are a few useful customisations that the launcher gives, like the ability to change icon shapes and sizes, change grid size on the home screen, customise the app drawer. All of these features generally require a third-party launcher, but the fact that you get it straight out-of-the-box here is really good. Swiping to the left of the home screen though, it’s not all that pretty. There is a news/videos/music feed at the left called “Around”, which you can safely skip around. 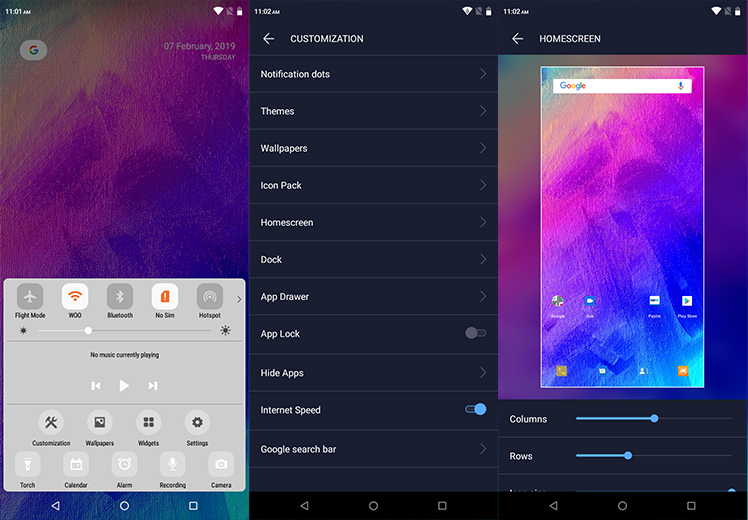 The only valuable feedback I would present is that the software needs to feel slightly more refined. There are places when the notch isn’t optimised well, and a few small crashes here and there. 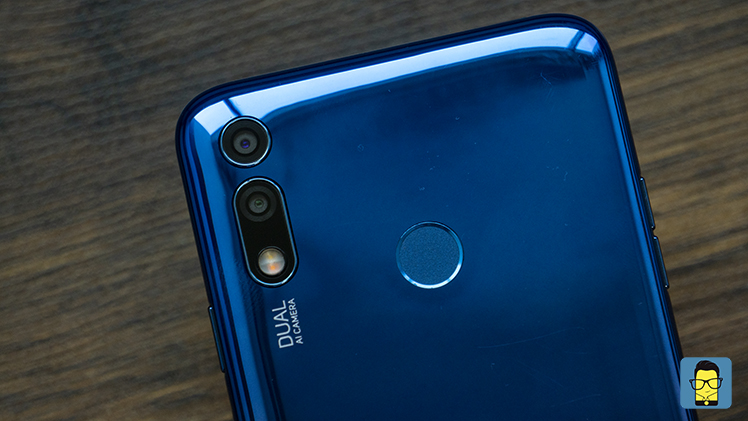 The Micromax N12 has a 13MP camera at the back with a secondary 5MP camera and at the front, you get a 16MP camera. Now, the back camera is quite standard when it comes to still photography, the pictures have above average details and good clarity. The colours do seem slightly washed out and it also had trouble focusing a few times. Though, the pictures aren’t bad for the price. A more interesting part is that the front camera which is a higher resolution 16MP sensor. Its output did impress me a lot because honestly, I didn’t go in expecting a lot. The selfies look especially good, the details could be slightly better, but the colors look very pleasing. 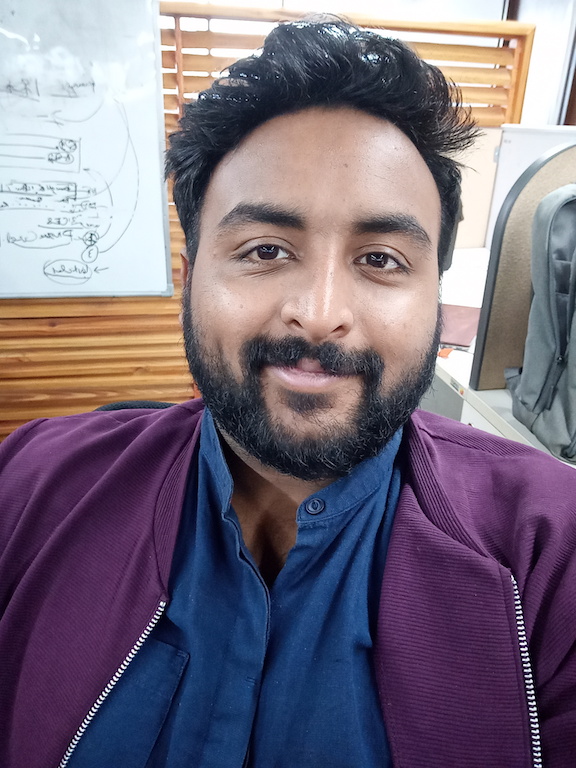 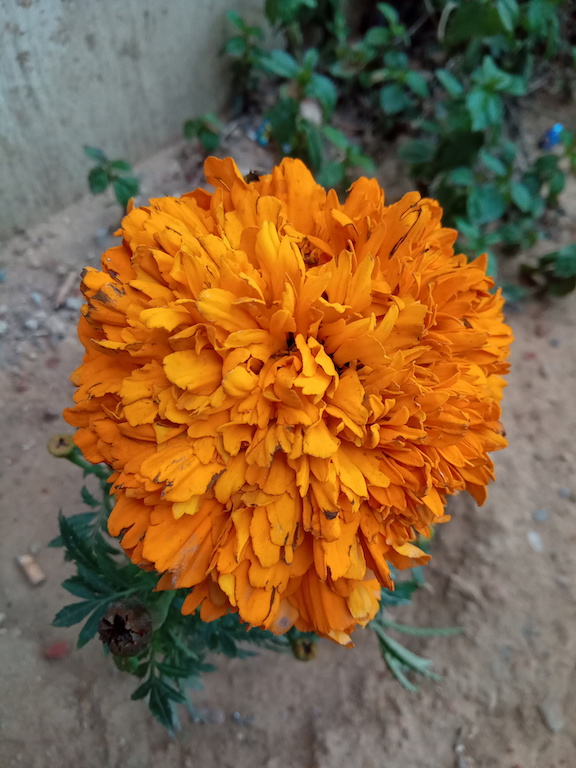 The camera app though does need a lot of improvement, the experience was sub-par. The different modes have been arranged quite well, but switching between modes wasn’t the smoothest though. The settings do have a lot of options including an option to choose brightness levels when the camera turns on, or switch between different aspect ratios easily. There is even an option to save face information, where the camera will apply the same beautification to your selfie.  This prevents different face tones in your selfies that happens from non-uniform beautification algorithms.

The Micromax Infinity N12 has a 4000mAh battery which is quite a size for the device. The smaller size of the display added with a lower resolution does promote longer battery life. And I can’t help but say that the Micromax Infinity N12 does justice to its name because it lasts for Infinity (practically). The 4000mAh battery in the N12 outputs some of the longest hours I’ve gotten from a smartphone. 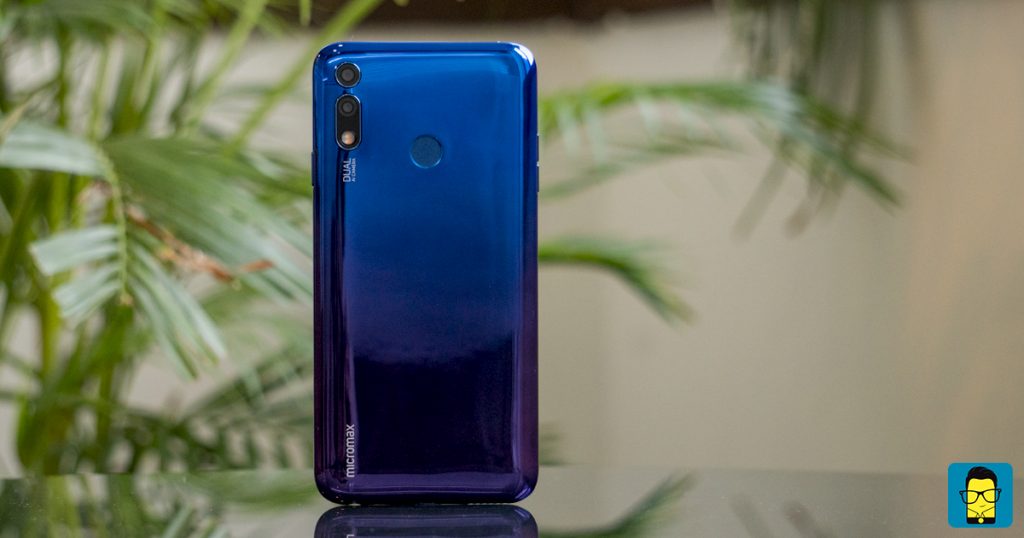 The Micromax Infinity N12 is a great product…. if it was from a new brand. The glossy gradient back, the notch, and the dual camera set up at the back all do give a promising vibe out. That said it doesn’t feel refined enough for me to recommend it. More than anything the Infinity N12 feels like an exceptionally good attempt and lacks maturity that others in this industry boast of.  The Micromax brand though does seem to possess an unfair advantage when it comes to brand recognition among Indian consumers. And I can definitely see myself recommending Micromax smartphones over Redmis and Realmes, that is if they don’t slack off.