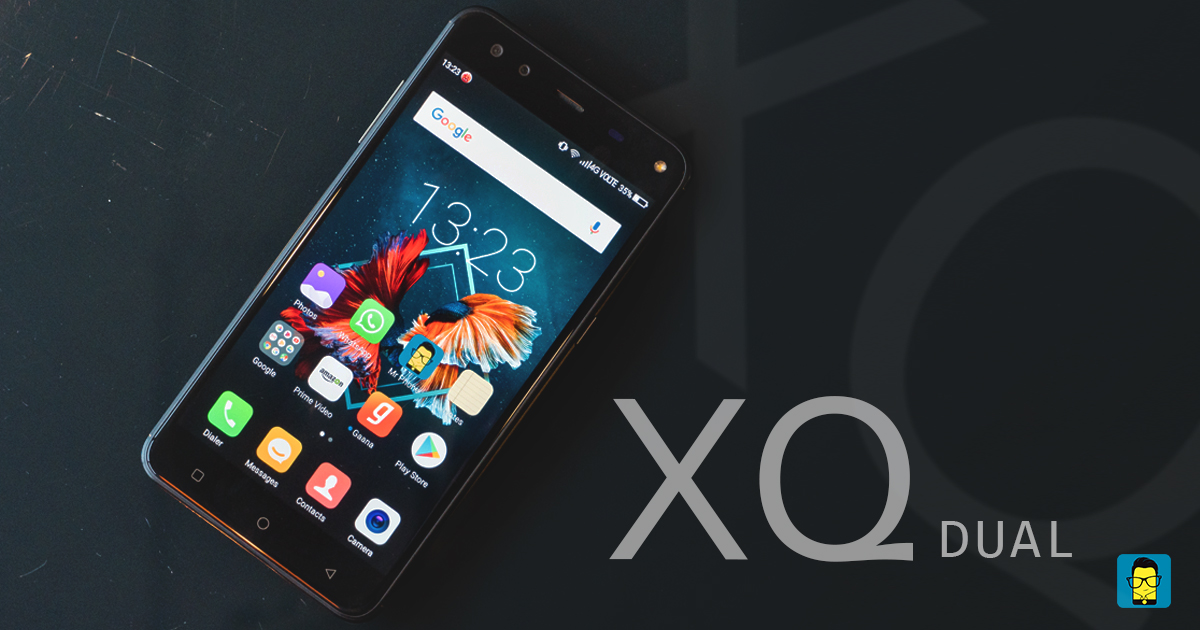 The newest contender in the sub Rs 10,000 price bracket – Mobiistar XQ Dual – is a smartphone one should be considering before they spend their hard-earned money. Especially, if you’re someone who enjoys taking selfies.

There are a couple of handsets in this price range that compete with each other. This list includes the Xiaomi Redmi 5, Infinix Hot S3, and more. While most of these handsets aren’t selfie-centric, Mobiistar is the only handset teasing dual selfie cameras worth noticing. Apart from its selfie cameras, the device is a good performer in terms of multitasking as well. Overall, I think the Mobiistar XQ Dual has found a good balance at a price tag of Rs 7,999.

The Indian mobile market is ever growing and the most hotly-contested segment is below Rs 10,000. For any smartphone brand releasing a handset in this segment, it should carefully select the specifications on its handset. Especially if the brand is new to the market. Keeping that in mind, Mobiistar has released its selfie-centric XQ Dual smartphone in India.

The nation where everyone is looking to get most out of their money, Mobiistar certainly has a tough audience to please. And does the brand manage to succeed in doing so with the XQ Dual? I shall find out in this detailed review of the Mobiistar XQ Dual.

The first look at this device had me almost fooled for a Xiaomi Redmi 4. And when I picked it up for the first time, it felt quite light. That despite the fact that it weighs a good 10 grams more than the Redmi 4. I attribute it to the good ergonomics of the phone where the weight is distributed across the length and breadth of a device.

Sporting a solid build quality, the rear of the device has a matte finish, which isn’t as slippery as one would expect. But to avoid any falls, I have been using the silicon back cover that comes inside the box. 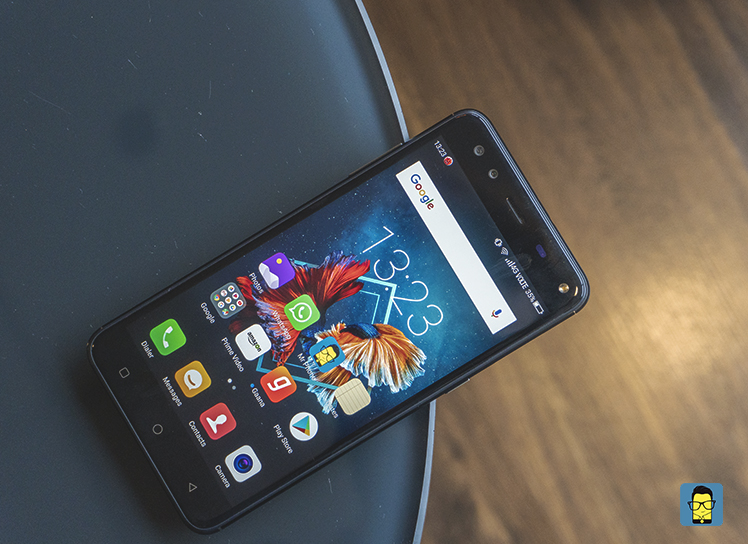 As you can see in the pictures, we have the Black colour variant, which is far better looking than its Gold variant, in my opinion. The antenna lines, the ring around the fingerprint, and corners of the buttons have gold accents making it stand out among the sea of all black phones. It just gives enough shine to the device when placed upside down. I would’ve loved to see an 18:9 aspect ratio display, but unfortunately that’s not the case. Instead, it utilises the traditional screen setup and has extremely large bezels.

The top and the bottom are both occupied by the large bezels. On the top, you’d find the small earpiece, set of sensors, flashlight, and dual camera sensors. Whereas the bottom is embraced with the old-fashioned capacitive buttons that aren’t even backlit. It’s a bummer because operating these buttons in the dark is not an easy task. And with no vibration strokes, you won’t feel a thing when hitting these buttons. 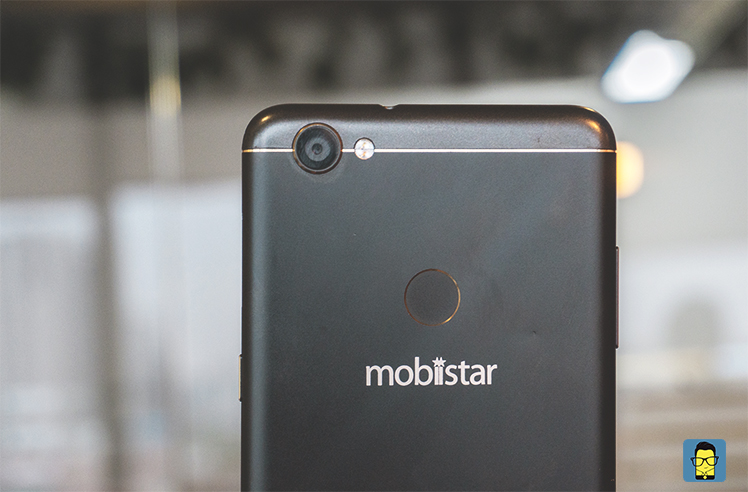 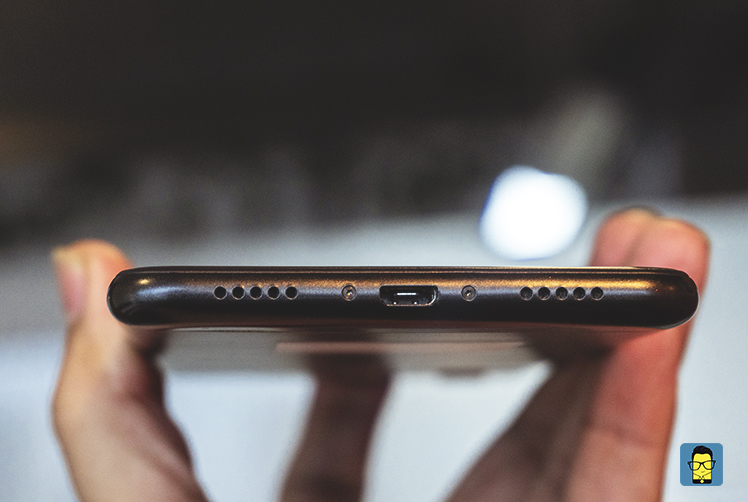 As far as the Full HD resolution displays are concerned, Mobiistar could’ve done a better job with its panel on XQ Dual. This 5.5-inch 1080 x 1920 pixel resolution screen lacks proper colour saturation and vibrancy. While I’d say the brightness levels are quite high, auto-brightness works like a charm, but the display feels dull probably because of poor colour saturation.

Despite, the out of proportion vibrancy you’d be able to enjoy the videos and gaming on this one due to the crisp FHD resolution. Unless you’re a stickler for good displays.

I believe software experience is the most important aspect one should know about before buying a smartphone. While Google’s Play Store does allow many options to switch launchers — and some of them are really good, including Nova launcher — they don’t offer as many customizations as dedicated Android skins. For the past two years, most of my time was spent using MIUI and EMUI. In my point of view, they’re the best Android skins out there in the market. 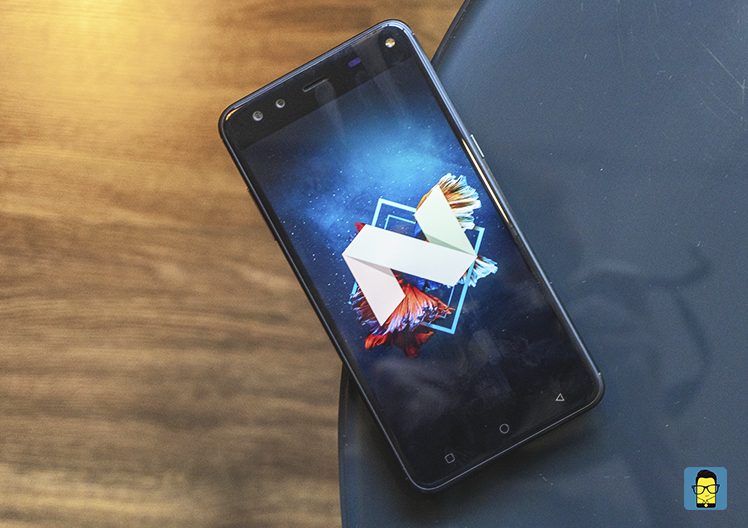 Why did I mention them here? My sole reason to do so is that Mobiistar should take a page from their playbook and learn to build a software experience worth investing. As far as the overall experience on the Star launcher on XQ Dual is concerned, I had a good time. But unfortunately, the good time was limited because there is not much to explore on this default launcher. Do make a note that this launcher is based on Android 7.1.2 Nougat OS. I have summed up my experiences below in two sections.

Stuff that was good 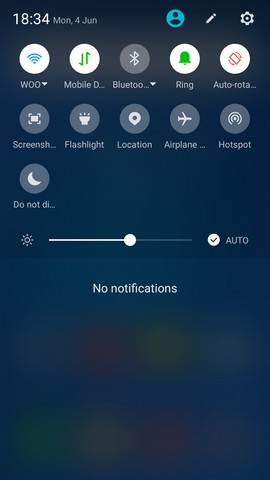 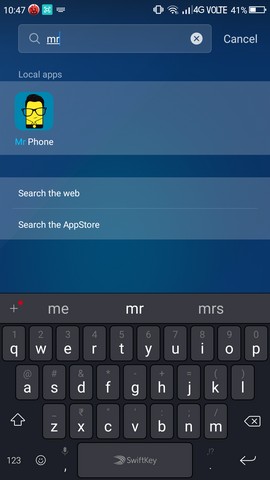 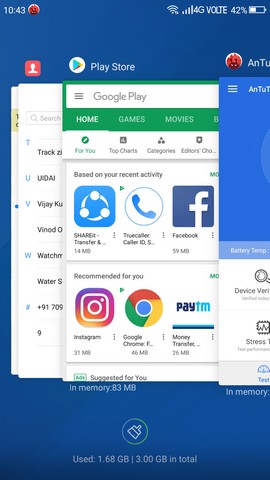 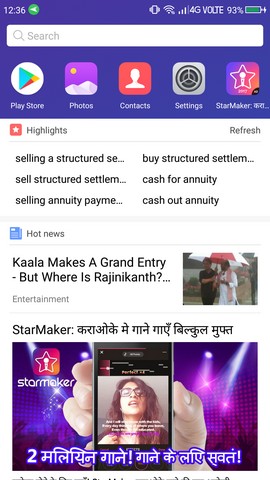 Stuff that shouldn’t be there

The USP of Mobiistar is believed to be its dual selfie cameras. Sporting a 13MP + 8MP selfie camera setup, you’ll definitely enjoy capturing selfie portraits on this one. Turn over, and on the rear it houses a 13MP resolution camera. Before talking about the camera quality let me walk you through the camera app experience. 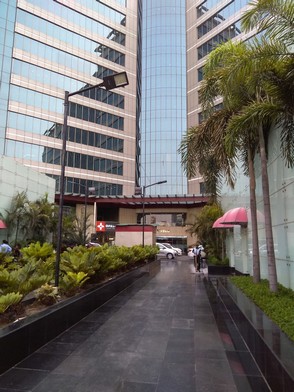 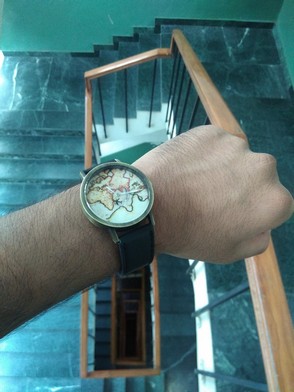 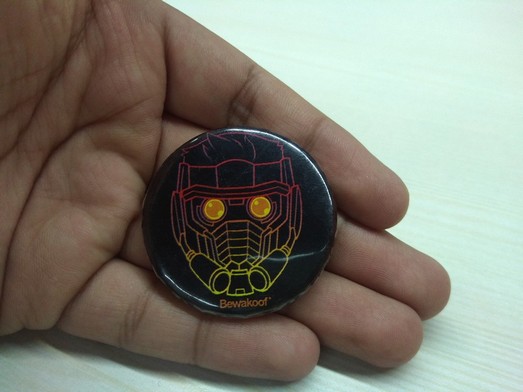 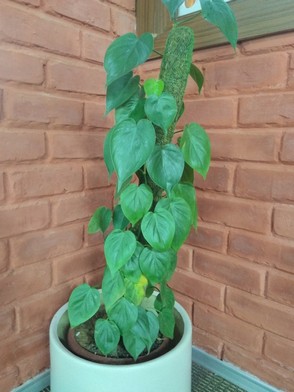 The camera app on Mobiistar XQ Dual isn’t polished well. While it does try to showcase the minimalism, it fails to make it intuitive while doing so. In fact, it would’ve been better if the camera app was bombarded with filters. Because that would at least give it a lot of use case scenarios. There’s not much control a user is given except HDR mode, Night mode, and Pro mode for photos. Overall, the camera app feels like an unfinished product that shouldn’t have been shipped in first place.

When we talk about the image quality, I was not satisfied with the output from the rear camera. They felt grainy and less-detailed oriented for a lens with f/2.0 aperture. Further, let it be known that despite the Phase detection autofocus, the object focusing seemed slow. Comparing this with captures from Infinix Hot S3, it fails to amaze us. You can be the judge of the camera outputs posted below. 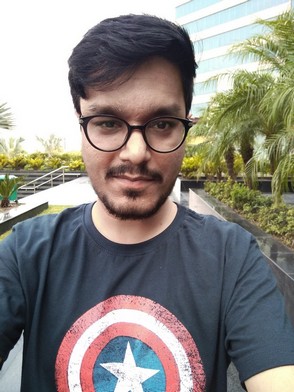 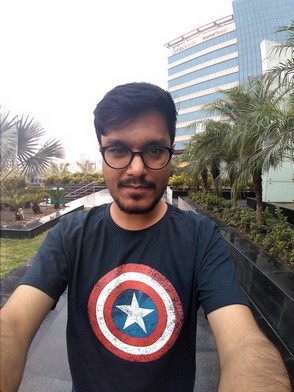 Where the rear camera fails to impress, the dual-selfie cameras try to make up for it. And they do deliver…to some extent. There are plenty of filters to play around with, and get creative in your selfies. But utilising the same 13MP lens that’s present on the rear wasn’t a good idea at all. Because the portraits end up looking grainy at times, even during daylight. There’s just enough noise that might spoil the fun while capturing selfies.

Come to think of it, the only benefit of the dual rear cameras that Mobiistar has utilized is the wide-angle shots. The company could have introduced bokeh effects for a better portrayal of selfies.

Packing a Qualcomm Snapdragon 430 processor, it stands out among a crowd of MediaTek enabled processor. While we are not debating here whether Qualcomm processor is better or MediaTek, we are just using the industry-stated facts here. The chipset is accompanied by 3GB of RAM and 32GB of internal storage, which can be easily expanded via a microSD card slot. We have seen this chipset on many phones including Moto G5s, Nokia 6, and Infinix Hot S3. And it’s a no-brainer that we loved it in all of the phones.

Here you won’t see me talking about its benchmark, because I’m no fan of those synthetic numbers. What I usually do while reviewing a handset is that I use it as my primary device. So, naturally, that’s what I did. Doing everything an average smartphone user would do, I played songs, watched movies, browsed on all essential social apps. And realised one thing in doing all these – it’s a damn good device. 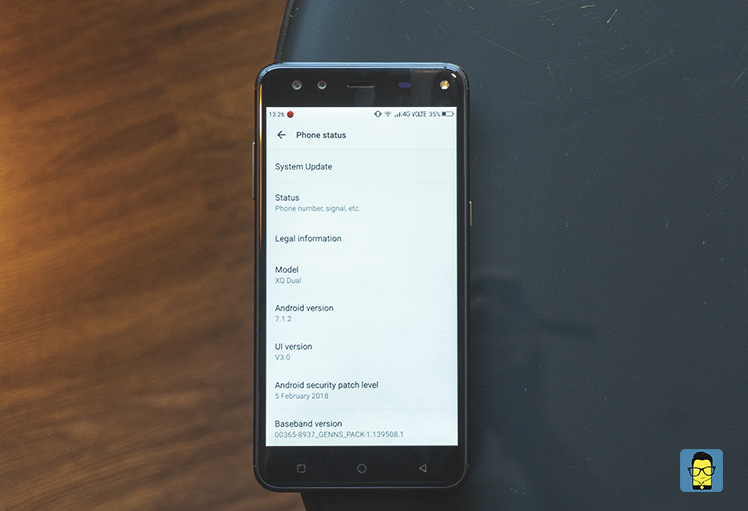 Of course, there were hiccups while playing graphically-intense games, but casual games played just fine. Talking further about the performance, multitasking on the phone is seamless on this one unless you go overboard with a really lot of apps.

How do I rate the audio experience on Mobiistar XQ Dual? Well, before popping this question in your mind, you should let it sink that this is priced at Rs 7,999. At this price tag, you could not really ask for a brilliant audio experience. On top of that, there is no earphone retailed inside box. It isn’t a complete compromise of audio experience, but the dual-grill speaker that you see on the bottom isn’t a dual firing one.

A 3000mAh capacity battery for a smartphone with 5.5-inch 1080 x 1920 display resolution screen doesn’t suffice. By now, smartphone brands should be aware of this. Even for an average usage day, the battery juice on XQ Dual barely lasted for a day on full charge. The average screen on-time that I got was – 3 hours 30 minutes. And if you’re a heavy user, you might need a power bank with you in case it runs out of juice when you’re not near a power unit.

Should you buy the Mobiistar XQ Dual?

If you’re on a lookout for a selfie-centric smartphone under Rs 10,000, then, you must consider the Mobiistar XQ Dual. But not just for a selfie-centric experience but the good overall performance. The Qualcomm SoC, decent amount of RAM and storage, dual selfie cameras, plus sturdy design clearly indicates that it is a value-for-money (VFM) phone.

But if you’re looking at alternatives, spending an extra Rs 1,000 would give you Infinix Hot S3, which might be a better choice, all because it offers a better camera package, software experience, battery life, and an 18:9 display.

Of course, if you don’t care much about the selfie experience, then, Mobiistar XQ could still be your choice for its good looks and performance. Honestly, I believe whichever phone you choose should be based on your daily usage requirements, then it would be easy to make a better choice.