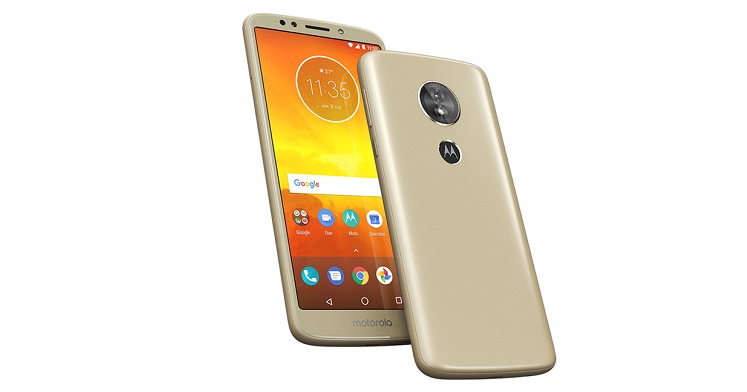 This year so far, Motorola has released two handsets in India – Moto G6 and Moto G6 Play, I have reviewed the latter and the detailed review of the former is on its way by Sreehari of Mr. Phone. These two phones are the mid-range offering from the Lenovo-owned brand. While the void in the mid-range has been filled in its India line-up, there was the expectation that Moto E5 series would debut in India. And it has finally happened. But unfortunately, the company is not really pumped up about it. Why do we say so? Because the Moto E5 is quietly made available on Amazon India.

The new E5 is the successor to much loved Moto E4. It comes with an upgraded 18:9 screen, which is a welcome change from its traditional screen. It measures same as the Moto G6 series at 5.7-inch, the resolution is at HD+ (720 x 1440). Inside, it packs a Qualcomm Snapdragon 425 processor, which is accompanied by a 2GB of RAM and 16GB of internal storage. Where storage can be expanded up to 256GB via microSD card slot.

As far as the cameras are concerned, it comes with a 13MP sensor on the rear that has f/2.0 aperture and support of PDAF and LED light. For selfie lovers, it has a 5MP lens with f/2.2 aperture and LED flash support for low light selfie portraits. Powering it is a 4000mAh capacity battery, which should give good battery life. There is a fingerprint sensor mounted on the back just like the G6 Play. It would be running on almost a stock Android 8.0 with Moto’s embellishments.

What do you guys think of the Moto E5? Would you be interested in this handset? Drop us a line or two with a feedback on this topic. It will help us understand whether you want to see the review of this device or not on our website and YouTube channel.