Home | Phone Leaks  | Moto E5 Plus will have an 18:9 aspect ratio display and a fingerprint sensor, confirms leak

Moto E5 Plus will have an 18:9 aspect ratio display and a fingerprint sensor, confirms leak 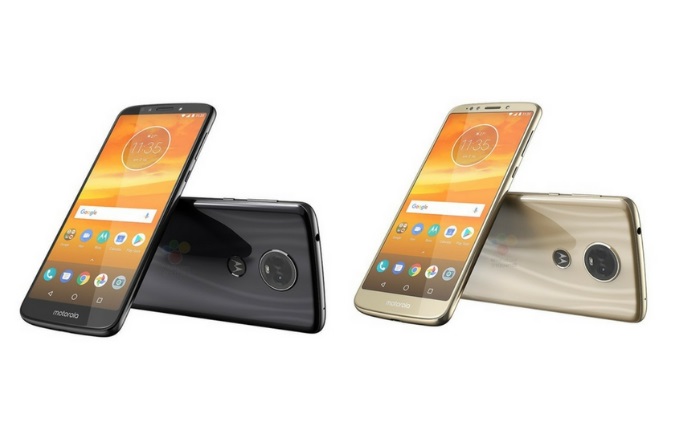 Motorola is coming with two new series soon. One is the mid-range G6 series and another is an entry-level E-series line-up. The E-series contains the Moto E5 Plus and E5 and the former has leaked again in renders today. The renders have been leaked by Roland Quandt, a popular Twitter tipster.

The phone looks a little different from its predecessors, thanks to those thin bezels. The fingerprint sensor now resides on the back and there will possibly be two colours – Black and Gold. 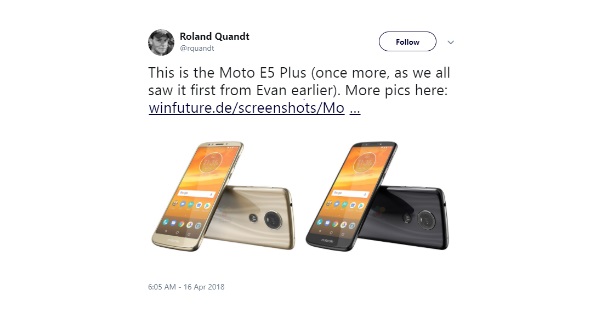 The phone was earlier leaked by Evan Blass. Both the recent and Blass’ renders look similar. However, some people may think that there is a dual camera on the back of the Moto E5 Plus but Blass says otherwise. He mentioned that the cutout on the rear is not the camera lens. There can be three colour variants of the phone if we take Quandt’s leak into consideration – Blue, Black and Gold.

According to the past leaks, the Moto E5 Plus is likely to arrive with a 5.8-inch LCD display with an aspect ratio of 18:9. A Snapdragon processor is also speculated with 3GB of RAM and 32GB/64GB of ROM.

The renders of the phone also show a fingerprint sensor on the back along with the debated rear camera setup. The phone is likely to feature a 4000mAh battery while running Android 8.0 Oreo out-of-the-box.

What do you think of the Moto E5 Plus? Let us know in the comments below. Stay tuned to  Mr. Phone and download our app to get the latest updates from the world of smartphone technology.