Home | Tech News  | Moto G6 launching in India on June 4; will be exclusive to Amazon

Moto G6 launching in India on June 4; will be exclusive to Amazon 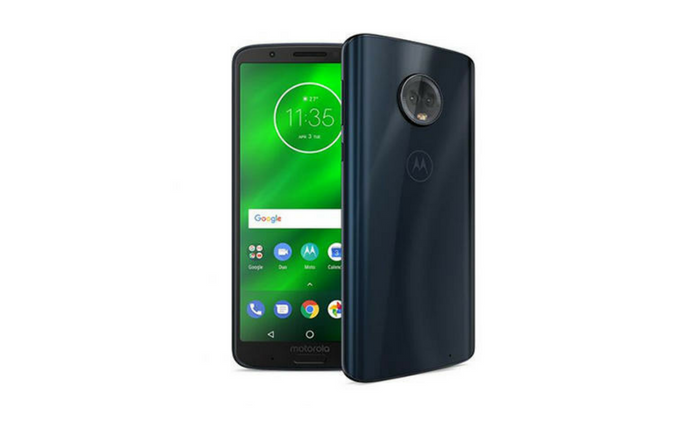 Motorola India has started sending out press invites for the launch of the Moto G6 family in India. They are set to launch two phones in India neither of which are a successor to last year’s hugely popular Moto G5s Plus.

The “Notify me” page is already live on Amazon, so the users who are interested in the Moto G6 can subscribe to the newsletter. The interesting fact is that the smaller Motorola G6 Play is listed on rival Flipkart’s website.

The Motorola Moto G6 arrives as an update to the successful line of Moto G smartphones and does so with aesthetic and functional changes that begin with the adoption of an 18:9 screen. It boasts a 5.7-inch full-HD+ (1080×2160 pixels) panel on the front with the tall aspect ratio. It is powered by a 1.8GHz octa-core Snapdragon 450 SoC, coupled with Adreno 506 GPU and 3GB/ 4GB RAM options. Also, we see a dual camera at the back with a 12-megapixel primary sensor and a 5-megapixel secondary sensor. On the front sits a 16-megapixel sensor with selfie flash. With the Moto G6, you get Android 8.0 Oreo out-of-the-box. The Motorola Moto G6  comes with a meager 3,000 mAh which doesn’t really sound that exciting. It, however, does support TurboPower fast charging technology rated at 15W.

As of now only the Moto G6 and the G6 play are coming to India and will be officially launched on 4th June. We don’t have any word on when the other variants will drop, but we expect them to follow very soon too.

Are you interested in the Moto G6? Let us know in the comments section below. Stay tuned to Mr. Phone and download our app to get the latest updates from the world of smartphone technology.