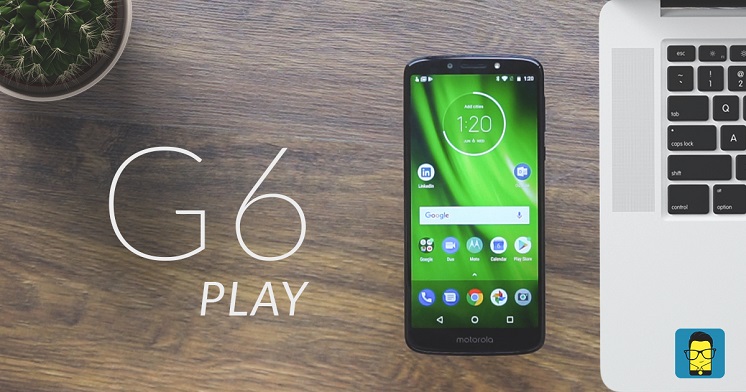 You’ll come across many smartphones in the sub Rs 15,000 price bracket, but the Moto G6 Play is a one of a kind phone. It offers a premium experience unlike many other phones in its price range.

While it may not be a one-to-one match in terms of performance with handsets in this category, it will not disappoint you in daily use case scenarios.  If you’re seeking a good overall experience in departments like camera, battery, and software experience, the G6 Play won’t really disappoint. And,  the good looks of the G6 Play is just the icing on the cake.

Can’t believe it’s that good? Read on, find out why I think so.

Moto G6 Play design and display: the best part about the phone

When it landed on my desk for the first time after Ershad unboxed it for Mr. Phone’s YouTube channel, the first thing I felt is that it is quite the smudge magnet.  But, instead of seeing it as a glass half empty situation, I looked at it positively. Because honestly, the phone just sticks to your hand and never slides out. 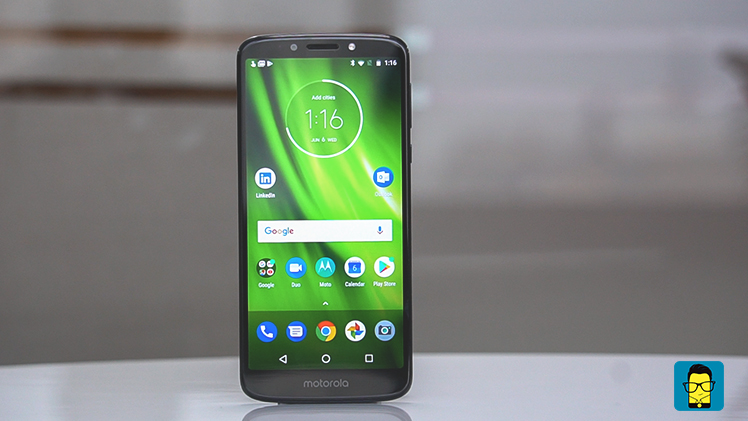 Continuing that optimism, I fell in love with how the phone feels in hand – sturdy and comfortable to be precise. By sturdy, I mean it offers a high level of durability despite its plastic body. Furthermore, you are bound to appreciate the minimalistic design approach of Motorola. This kind of elegance is missing on most budget smartphones these days and it can be found on the G6 Play. There’s no clutter, just sheer work of knowledgeable craftsmanship.

Moving on, I really appreciate that Motorola understand the need to create a distinguishing factor between the power button and the volume rocker. This distinction is achieved by creating a textured power button and a smooth surface on the volume rocker. However, I feel that Motorola could’ve moved the 3.5mm jack from the top edge to the bottom edge. It just feels natural on the bottom edge. Tell me, if I’m wrong. 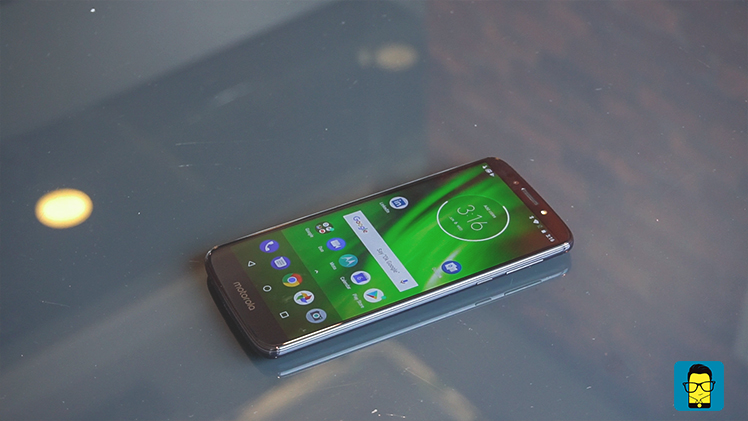 Motorola finally adopts the 18:9 aspect ratio on its mid-ranger. And, I like spending time with wide screens, instead of the traditional 16:9 displays. This one although feels much longer, maybe because of the big chins on the top and the bottom compared to the other 18:9 screens in the market. It’s also understandable that Motorola wanted the sibling, G6 to have better resolution display (1080p) for the extra 2000 bucks. But, due to the lower 720p resolution on the G6 Play, the viewing experience on this large 5.7-inch display suffers. You can see the lower PPI affecting the display experience because it isn’t that crisp.

But I should also admit, that the colour reproduction and the viewing angles are pretty great. Motorola has managed to offer a pretty decent experience for a 720×1440 pixel resolution screen. Let it be known that the G6 Play’s display doesn’t offer good brightness levels while viewing videos. Motorola hasn’t shared the details on the panel, but it is likely to be an LCD screen. And therefore, it is surprising how the company still manages to achieve a good color vibrancy. 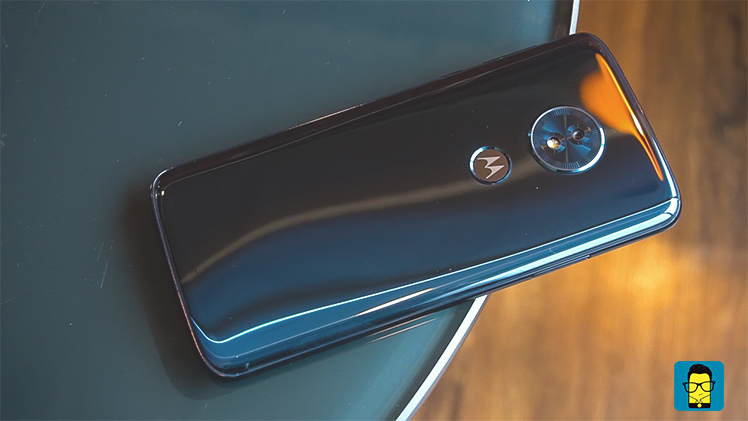 The only thing that is annoying about the display is the fingerprints left behind. The prints will interfere with your viewing and gaming experience, especially during dark scenes. I had to wipe the screen every time I was playing Breathe on Prime Video app. The always-on screen feature is convenient if you want to peak at the notifications before you pick up the handset to unlock it.

One of the strong points of Motorola phones is the software experience. If you like simpler things in life, you’ll prefer the stock Android experience laced with tiny but resourceful embellishments. 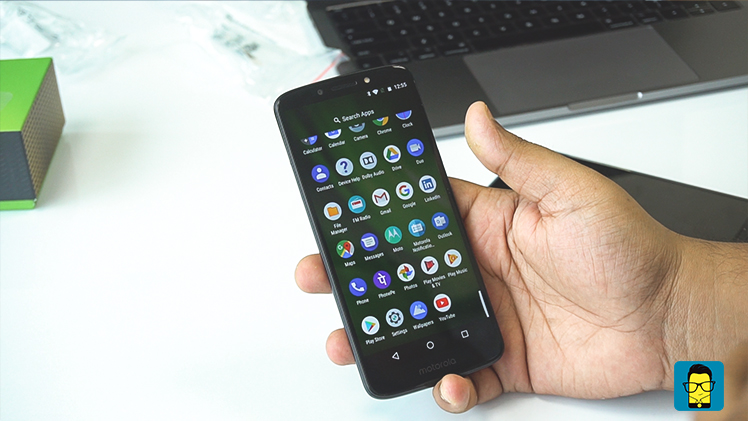 There is not much to talk about the default launcher, it offers a smooth transition effect and pretty intuitive user experience overall. But what I am interested to talk about is – Moto Actions and Moto Display. These features can be accessed from the dedicated Motorola app. Apart from these features, it also offers suggestions like when to free up space and when is the time to charge the device.

What can you do with Moto Actions? 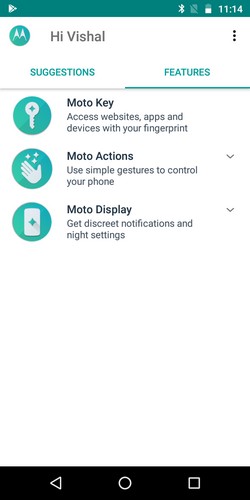 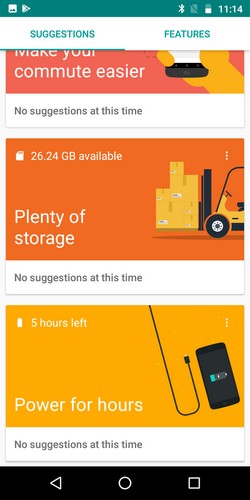 In the age of AI-enabled cameras, Motorola is differentiating from its competition with no AI-assistance at all. The company is doing what they do best in as far as smartphone cameras are concerned – stick to the basics. With a single 13MP camera on the rear, the G6 Play manages to achieve fantastic photography. Whereas talking about selfies, the 8MP snapper does its job fabulously with the support of an LED Flashlight. 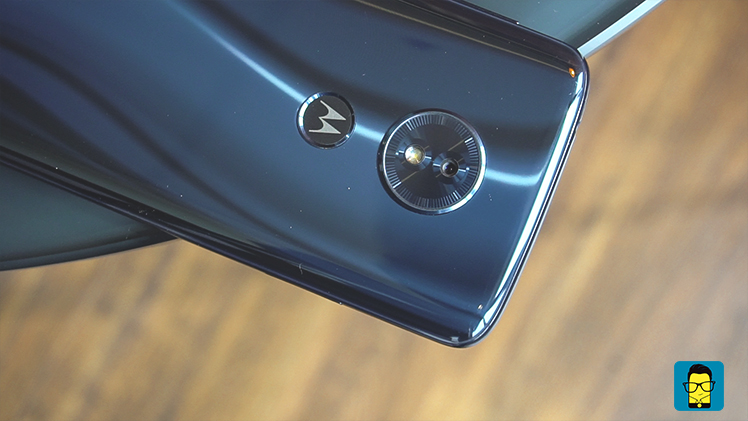 Despite being a fan of dual cameras and portrait selfies, I was surprised that I enjoyed shooting with a single lens rear camera on the Moto G6 Play. I would like to give credit to the camera app for this incredible experience. Coming from previous generation models, the new camera app offers a far smoother transition between modes. 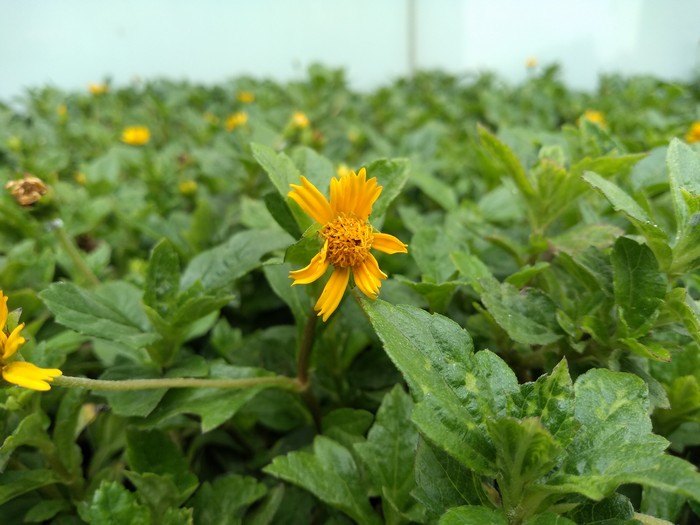 Details are crisp. Check out the full resolution samples.

As far as the shots in the daylight are concerned, I found them to be quite impressive. Even the slightest of the details are visible. The camera manages to maintain focus really well too. Although, shooting in low light doesn’t yield the same fidelity. One could attribute it to the fact that it has an comparatively smaller aperture size of f/2.0. Night shots captured even in HDR mode lacked the details. 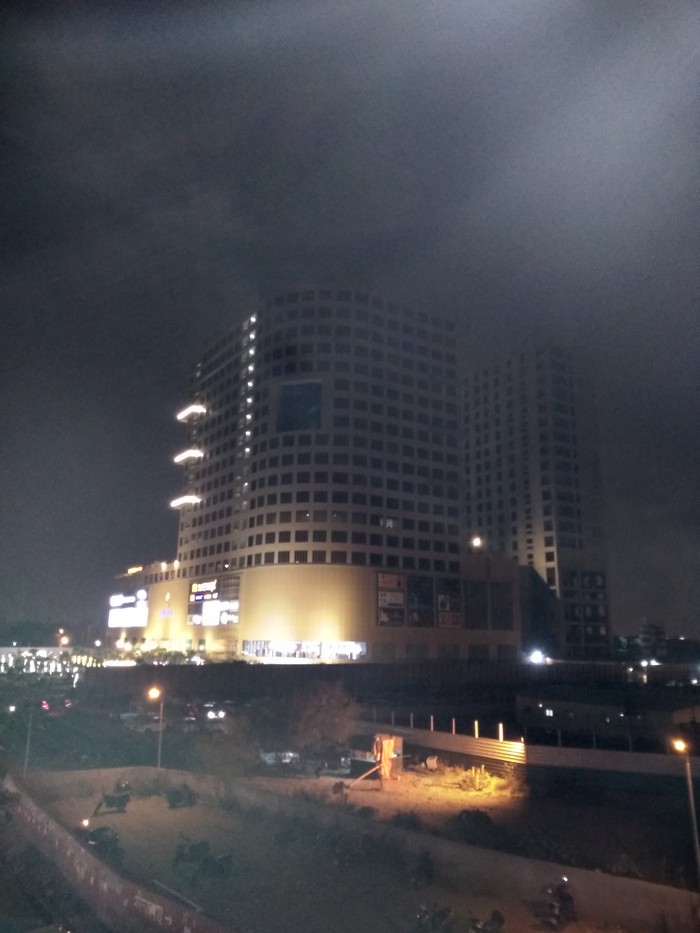 Struggles to capture details in low-light.

For all selfie enthusiasts out there, the selfie shooter on G6 Play will probably excite you. Whether you’re capturing selfie portraits in a room full of natural light or not, it will offer a good output that you can post on social profiles without any hesitation. 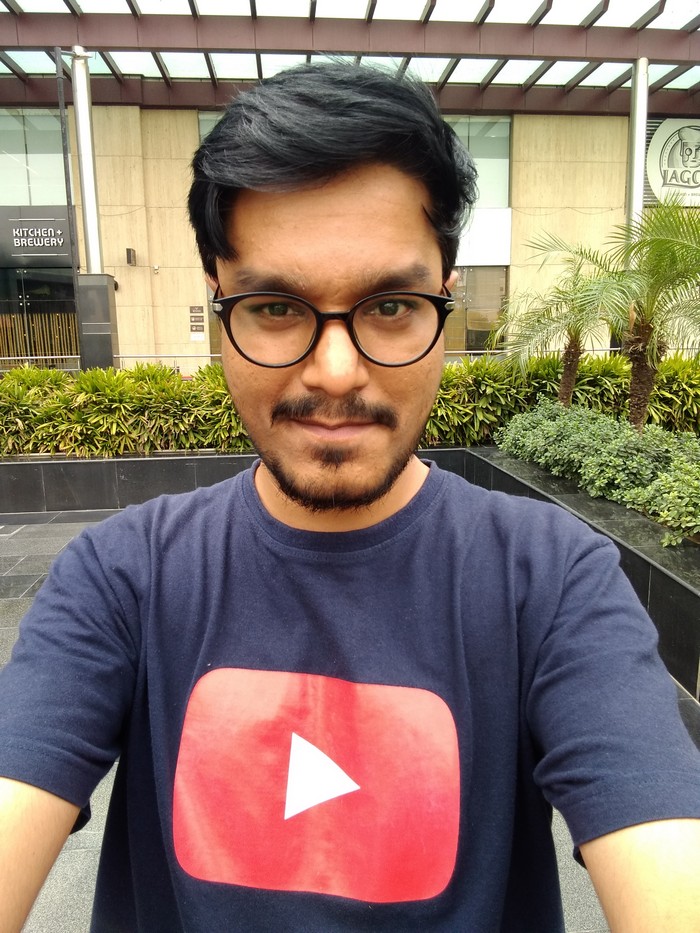 Selfies feel natural – exactly how they should be.

And if you want to record slow-motion videos, you might like the fact that its default app offers this feature. But, the end result won’t be as pretty as you’d expect. I’m saying this from experience. I tried capturing many slow-motion shots of the rain, but it all ended up looking too grainy primarily because of the low video resolution capability.

The last handset that I reviewed came with the same Snapdragon 430 processor, and it was priced at Rs 7,999. In comparison, the Moto G6 Play is priced at Rs 11,999. It is surprising how the same processor can yield different results on different handsets.

Many would think that Motorola could’ve either introduced a Snapdragon 600-series processor or priced the phone below Rs 10,000 at least. And I would say what matters most is the real world usage, not the numbers. I’m pretty happy with the performance of the device, be it gaming or multitasking. 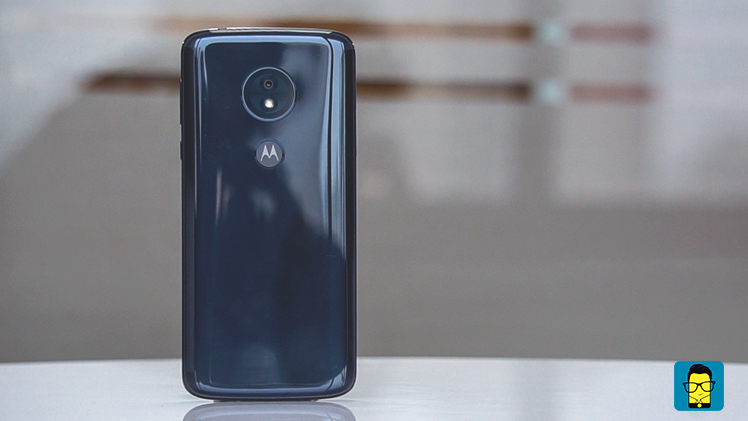 The processor performs admirably and I didn’t face any lags as such. I was almost stunned, but then, I remembered that it runs on stock Android 8.0 Oreo. No excessive bloatware or any sort of customization to slow down the processor is another plus point.

Also, by integrating Dolby Audio, Motorola has made the audio experience on this fairly affordable smartphone great. To test out this feature, I replaced the poor set of earphones retailed inside the box with my in-ears – the Mi Piston Pro. I fairly enjoy this integration. The sound was quite clear and balanced with an adequate bass response. I shouldn’t demand more in this price range. 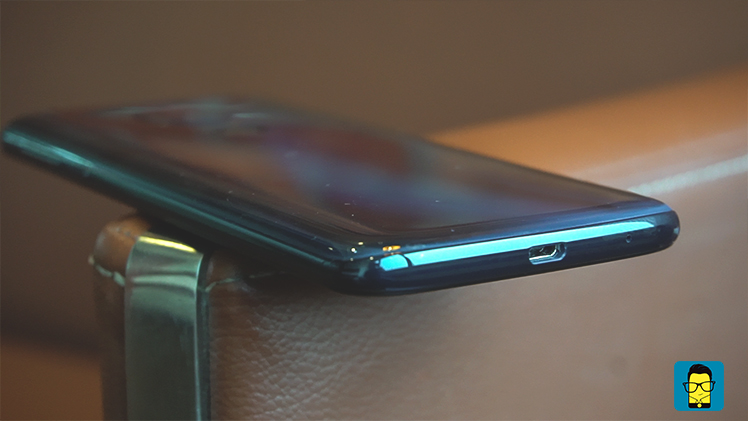 There is truth in the fact that, Motorola makes it really easy to forget your power bank at home. The massive 4000mAh capacity battery is a huge kick to the battery life of the G6 Play. The icing on the cake is the TurboPower charging, which takes less than 1 hour 30 minutes to completely charge the device, from 20 percent to 100 percent. The fact that the first 50 percent is charged within 30 minutes is pretty awesome too.

As far as the usage goes, I did heavy consumption of videos on Prime and YouTube, as well as played games a couple of times a day. For these extreme usage conditions, I was getting around 4 hours of screen on time. Whereas on average usage, it went above 5 hours, which is pretty good.

Should you buy the Moto G6 Play?

If you have a budget of Rs 10,000-12,000, then by all means, you should be considering the Moto G6 Play as an option. But, you will be paying a few thousands extra when compared to alternatives like the Xiaomi Redmi Note 5, Honor 9 Lite, and a few other competitors. However, I still think it is worth that extra.

With the latest Android OS, modern display, dependable performance, good cameras, and a long-lasting battery life, the Moto G6 Play should not be ignored.