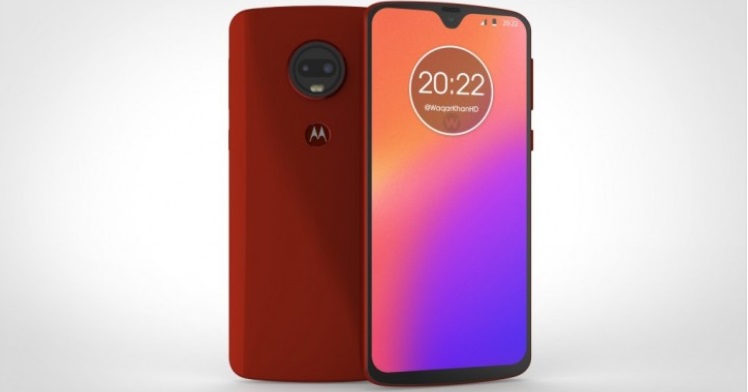 Recently, the Motorola Moto G7 leaked via alleged renders and we got a fair idea about its design. However, those were just rumoured designs. Today, the leaked specifications of the phone have been spotted on the internet. An unnamed source uploaded a screenshot which clearly spills many important beans about the upcoming Moto G7.

As per the screenshot, the phone will have a big 6.4-inch Full HD+ display. We have already seen the design of the phone and it is shown to have a minute notch to make up for a larger screen space. Going by this fact only, we can call the Moto G7 a worthy upgrade over the immensely evident bezels of the Moto G6 line-up. The screenshot doesn’t specify the processor on the phone but we do know that it will be an octa-core SoC. Additionally, it will have a 4GB of RAM and 64GB of ROM. 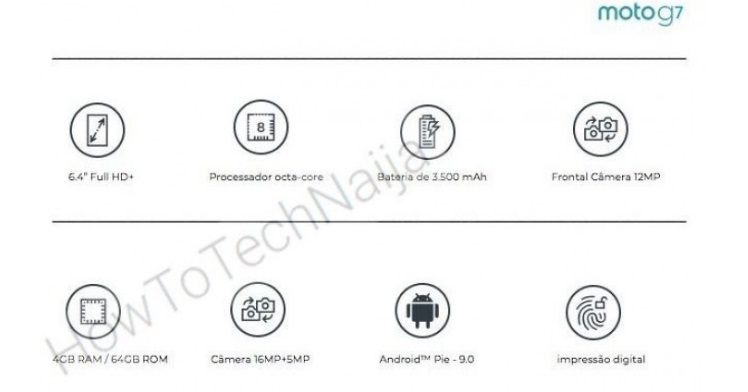 The Moto G7 has also been mentioned to house a dual rear camera setup with 16MP + 5MP sensors. The selfie shooter could have a 12MP sensor as well. The phone is also likely to house a bigger 3500mAh battery. It is also expected to launch with Android 9.0 Pie out-of-the-box while some Moto phones are still stuck on Android 7.0 Nougat. A fingerprint sensor is also a part of the leaked screenshot and so we would see a physical reader on the Moto G7.

Motorola released the Moto G6 line-up in the earlier part of 2018 and so, we cannot really expect its successor to launch before 2019. This is why we would like to advise you to take this leak with a grain of salt. This is all we know about the upcoming Moto G7 as of now. What are your views on the phone? Let us know in the comments section below. Stay tuned to Mr. Phone for more updates.