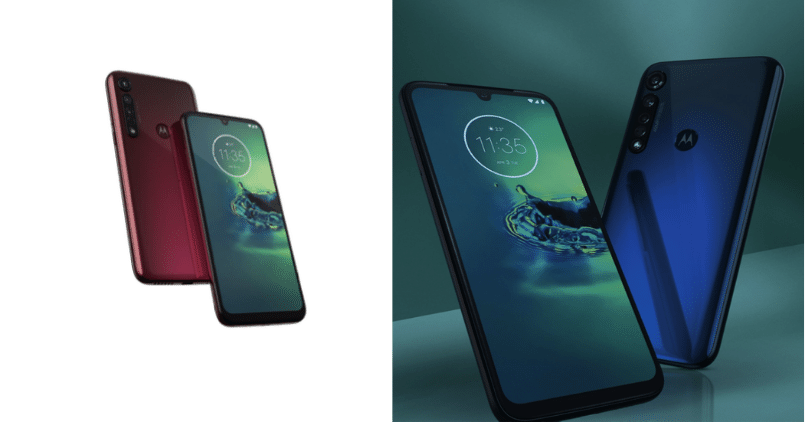 Today, Motorola has announced the upgrade to its G series. The new Moto G8 Plus has made it to the market as the successor to the Moto G7 Plus. Motorola’s G series has been quite popular as an ideal mid-range smartphone. The new model tries to keep that definition intact. Let’s find out about the full specifications and pricing of the phone below.

Sporting a 6.3-inch full HD+ display with U notch design. It offers a 19:9 aspect ratio, dubbed as Max vision display, it has a 400 ppi pixel density. It’s an LCD panel, in case you have been wondering.  It weighs at 188 grams and has a 9.09 mm thickness.

Powered by a Qualcomm Snapdragon 665 processor, which is an octa-core CPU, a clock speed of 2.0 GHz. It is supported by Adreno 610 GPU and also offers an AI engine. Motorola will be running Android 9 Pie-based UI on its G8 Plus, which is the best you can get from the brand. S

Speaking of the RAM and storage numbers, it will be offering a 4GB RAM and 64GB storage. Note that the storage can be expanded via a microSD card slot up to 512GB. As far as the connectivity features are concerned, it has a USB Type-C, 3.5mm audio jack, nano-SIM support, Wi-Fi, and Bluetooth.

Talking about the camera department, it has a triple rear camera setup. The primary lens is of 48MP resolution, the make and model of this sensor are unknown. We know that it offers an f/2.0 aperture and Quad Pixel technology. The secondary lens is a 5MP depth sensor with f/2.2 aperture size.

Motorola teases the third lens, which is said to be an action camera, it comes with a 16MP resolution lens and offers a dedicated ultra-wide FOV (Field of View) of 117 degrees. On the front, you’d see a 25MP selfie camera, which also comes with Quad Pixel technology. It’s an f/2.0 aperture enabled lens with 1.8-micron size.

The company claims that its Moto G8 Plus will offer 40 hours battery life. It’s a 4000mAh capacity battery, which is supported by a 15W fast charging technology dubbed as TurboPower. It is said to offer 8 hours of power in just 15 minutes charging.

Moto G8 Plus Price in India

Motorola will be making it’s G8 Plus available in two colours; Cosmic Blue and Crystal Pink. Equipped with stereo speakers, Dolby Audio, Smart PA and 2 microphones, it is priced at Rs 13,999 in India. The new Motorola smartphone will be available for purchase on Flipkart from the end of October. Stay tuned for the exact date.