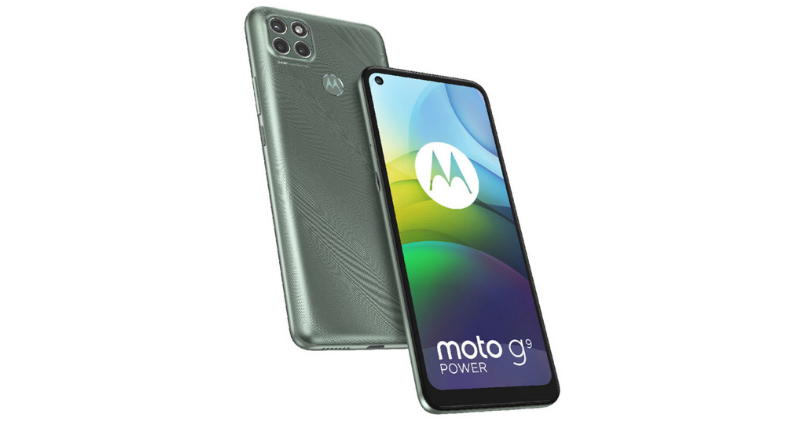 Motorola has unveiled Moto G9 Power in the European market. Straight out of the bat, it’s a huge battery-equipped phone that Motorola has ever made. The power-packed phone comes as a new edition to the latest Moto G edition smartphones including the Moto G9 Play and the G9 Plus.

Moto G9 Power features a punch-hole camera display. It measures 6.57-inches and is an IPS display with HD+ resolution. On the rear, the G9 power sports a square camera module on the top left. And, there’s a mounted fingerprint sensor under the Motorola dimple on the back.

Underneath, the giant battery phone arrives with Qualcomm Snapdragon 662 processor. It is an eight-core processor that can achieve clock speeds of up to 2GHz. In terms of storage, the device is available in 4GB of RAM and 128GB of onboard storage. There’s microSD expansion as well. The Moto G9 Power ships with Android 10 out-of-the-box.

The triple cameras on the back include a 64MP primary camera with f/1.79 aperture. The other two camera cutouts in the square module consist of a 2MP depth and a 2MP macro sensor. The punch hole cutout on the front carries a 16MP f/2.25 selfie shooter.

The Moto G9 Power packs in a massive 6000mAh battery, as suggested earlier. It makes the G9 Power, the most power-packed that Motorola has ever made. Besides, this massive battery also comes with 20W Motorola’s fast charging capabilities.

The Moto G9 Power costs €199, which translates to Rs 17,400 approximately. The phone is currently available for European countries. The other region availability, including India, is unclear at this point.