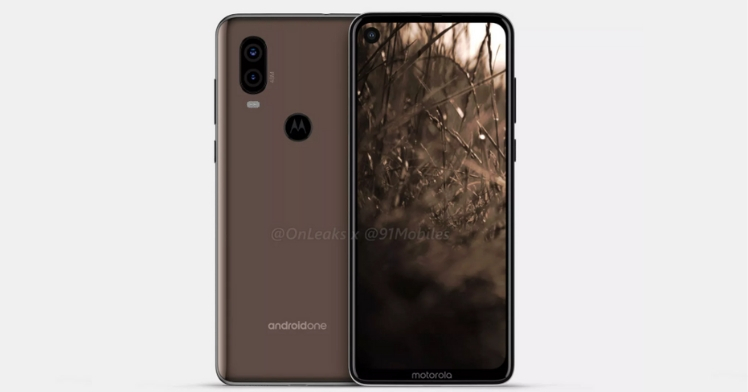 A week ago we learnt that Motorola P40 would be sporting an in-display selfie camera all thanks to the detailed 3D renders leak. Now today a leakster that goes by Twitter handle, @HeyAndri has leaked highlight specifications of the alleged Motorola smartphone.

This rumoured Motorola smartphone is all set to sport Qualcomm’s latest mid-range chipset, the Snapdragon 675. It is Qualcomm’s 11nm node based processor, which was announced in the late October last year. The fact that it will be able to support the 48MP megapixel lens is something to keep in mind.

Because one of the highlights of the leaked specs is the introduction of the 48MP rear camera on the upcoming Motorola P40. This would be Sony’s sensor which has so far embraced its presence on a handful of handsets including Huawei and Honor, which have gone official already.

The 48MP rear camera could be paired with a 5MP sensor for depth sensing. On the front, it could house a 12MP f/1.8 aperture lens for the selfies. Talking about the internal specs, the SD675 might be paired with a 6GB of RAM with an option of storage: 64GB and 128GB.

It could be running on the Android 9 Pie based ZUI interface for the China model and the rest of the world could see Android One platform based Android 9 Pie OS. The handset is believed to be powered by a 4132mAh capacity battery. The screen size is reported to be at 6.2-inch HD+ IPS display, which wouldn’t a correct way to go for.

Let’s hope except that display resolution, everything else comes out to be true. What do you say? Drop down your feedback in the comment section below.