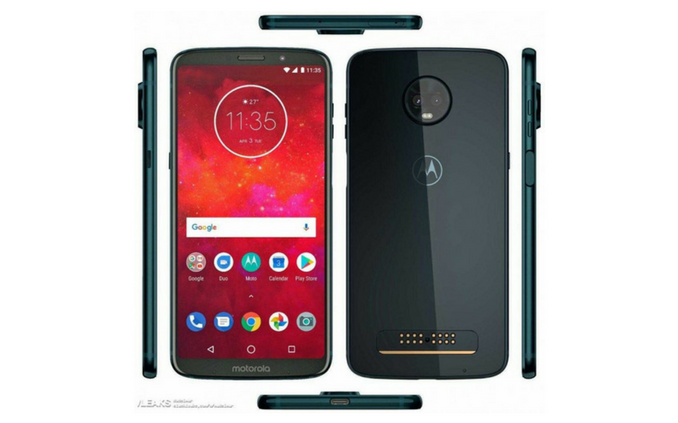 The  Moto Z3 Play is expected to be the upcoming addition to the Motorola range of devices that make use of Moto Mods. Several of its features have already been filtered, allowing you to get an idea of what the device will offer.

Folks over at XDA got their hands on internal Motorola documents that describe how the upcoming Moto Z3 Play looks like. Keep in mind that it’s in a relatively early stage of its development and some aspects may change in the face of its launch. The device is being defined as one of the finest premium smartphones on the market, although we all know how subjective that could be.

The device will include a 6-inch display with the 18:9 aspect ratio and full-HD+ resolution. The main processor will be a Snapdragon 636 coupled with 4GB RAM 32 or 64 GB internal storage depending on the model. The rear camera will be dual lens setup with two 12MP sensors, while the front camera will carry an 8 MP sensor. The battery is at 3,000 mAh which seems a bit on the smaller side and I hope they add a little extra juice to it before launch. It seems that it will not have a headphone jack which.

But talking about the Moto Z3 Play without mentioning the Mods is just impossible. As in previous iterations of the device, there will be support for external modules hence adding several functions to the smartphone experience. The Z3 Play will indeed come with at least one of the Mods bundled in and that one could be any of the numerous Mods already available. So, a Moto “Power” Mod to add more battery; a “Style” Mod that does not specify what it will do; a “Gamepad” Mod with joysticks and macro keys; or a Moto “Projector” Mod to watch your videos on the big screen.

Moto Z3 Play will obviously come with moto’s software experiences, like Moto Voice which can be used to control your smartphone using voice; there will also be navigation gestures in order to cope up with the times. The Moto Z3 Play will also feature facial unlocking and a fingerprint sensor on the side, presumably integrated into the Power button. There will be fast charging with Turbo Power, and they promise half a day’s charge in only half an hour.

The cameras will have Cinemagraphs, which is basically the Lenovo version of live-photos. It will have portrait mode for both the rear camera and the front camera. There will be a mode that will allow changing the background of the photographs simulation a chroma keying effect. Finally, very interestingly, it does not describe what version of Android it will come with, but it does indicate that there will be two system updates. Presuming that it comes with Android Oreo as standard, and then gets updated to Android P. 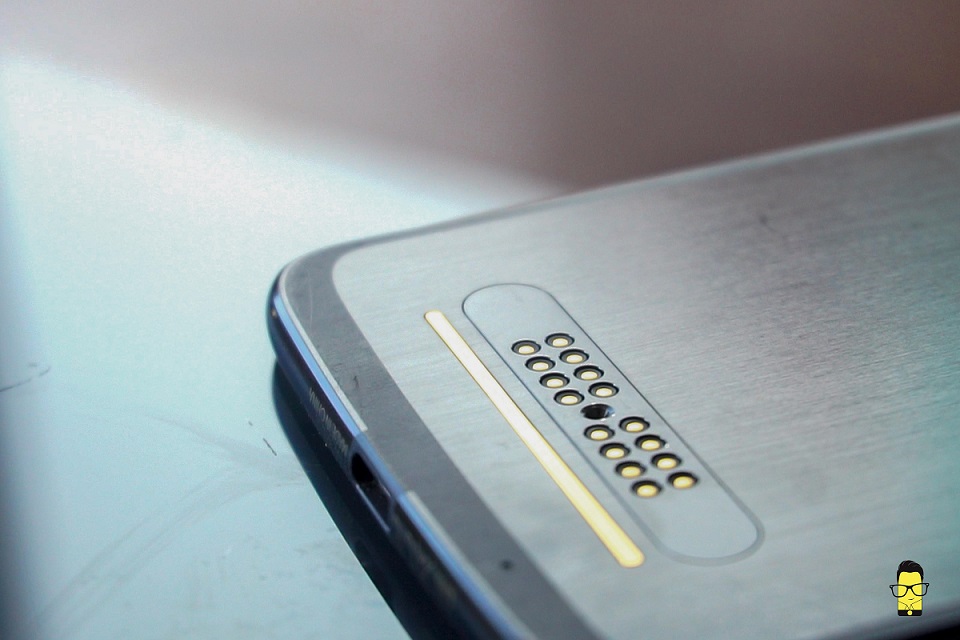 You might have very well seen the fine Premium smartphones with ergonomic curves and glass backs. Almost every OEM is using premium materials along with intelligent design to make the phone feel more superior. However, due Moto’s necessity to support Moto Mods ends up becoming a limitation for them since they can’t really change the design much.

Also if you are expecting a major change in design for the Moto Z3 lineup, well forget it because of the aforementioned reason. The face of the Moto Z3 lineup might show a few upgrades but the back is surely gonna look exactly the same as Moto Z2 and Moto Z and that might not be the most exciting news.

Do you agree with my opinion on the Moto Z3 Play upcoming design, or Are you interested in the Moto Z3 Play? Let us know in the comments section below. Stay tuned to Mr. Phone and download our app to get the latest updates from the world of smartphone