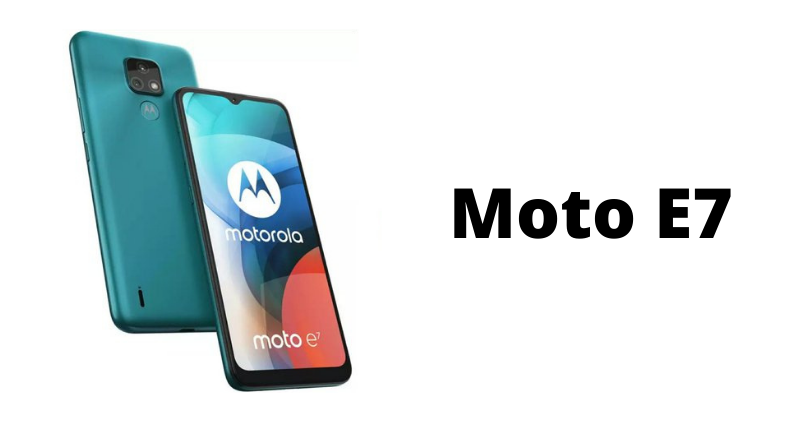 Moto E7 could be the upcoming budget smartphone from Motorola. Thanks to the leaked renders and specifications, which suggests the launch is imminent. A Twitter user named Abhishek Yadav (goes by @yabhishekhd) has put up the official renders and expected specifications of the next budget Moto E7 smartphone.

This next budget phone falls under Motorola’s Moto E series, which is typically catered to budget smartphone offerings. Coming to the latest leak from the tipster, the official renders of the Moto E7 smartphone are showcased. These images suggest us what to expect from the next budget smartphone when it comes to design. The device features a dewdrop notch display on the front. It is enclosed in what appears to be a gradient finish metal/plastic body casing. The device is said to be featuring in Blue and Gray colour options.

On the rear, there’s a square camera module featuring dual cameras alongside the LED flash. The renders further suggest that there will be a 3.5mm headphone jack on top of the device. There appears to be a fingerprint sensor mounted right under the square camera module on the back. 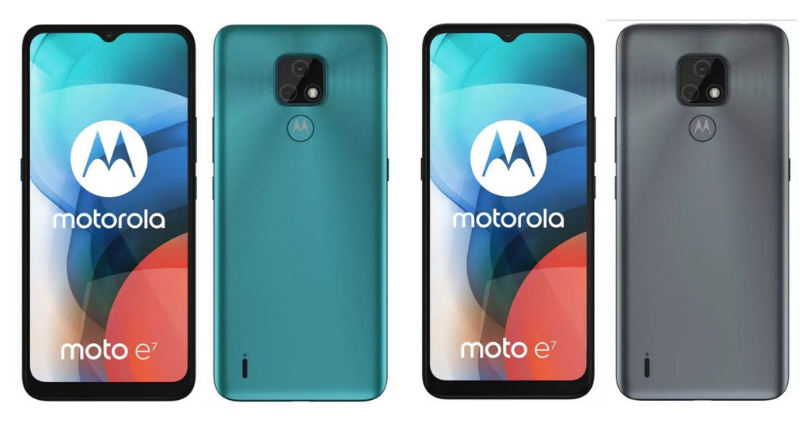 According to the tipster, the device features a 6.5-inches HD+ display. The rear camera on the device comprises a 48MP primary sensor followed by a 2MP sensor. Further, on the device, the front camera is featured in the dewdrop notch, which has a 5MP sensor, for selfies. The phone packs in a decent 4000mAh battery, underneath. Just like any other moto device, the next budget phone is also expected to ship with vanilla Android 10 out of the box.

This new Moto E7 follows Moto E7 Plus launched late September, this year in the country. It retails at 9,499, and the device equips a Snapdragon 460 processor. There’s no information on the Moto E7 launch in India or other global markets, at this point. However, with these official render leaks, we can expect it to arrive sometime soon this year.