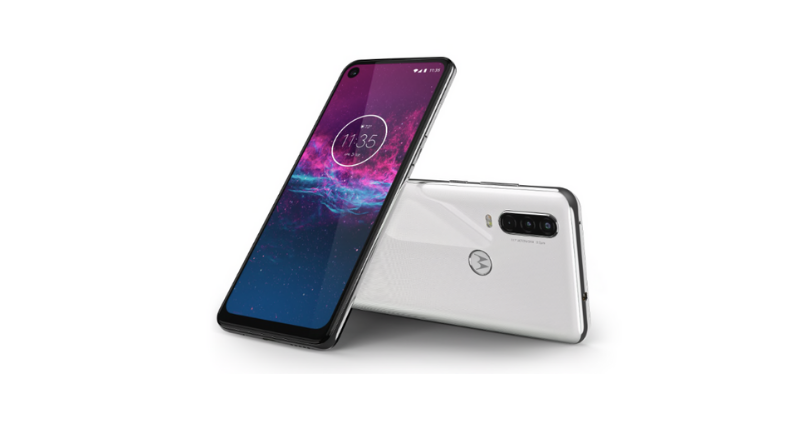 Motorola is all set to launch its latest smartphone, the One Action in India soon. The handset maker is going to unveil this new phone on August 23 at 12 noon. It has been a quite long time since Motorola last unveiled a new phone in the country.

With the pace of smartphones coming in, this is the right opportunity for the brand to showcase its line-up in India. Let’s talk about the handset in detail below since Motorola has unveiled its phone in the International market.

The new Motorola phone is all set to pack an interesting set of features. Starting with its triple rear camera setup, where the 12MP primary sensor will be the leader. But Motorola has an ultra-wide angle lens, which it has placed upside down. Thus, allowing the brand to utilise the wide angle to showcase GoPro-like video footage. You would be able to shoot in the vertical, but can view it in landscape mode. Vertical handling, Landscape recording!

Talking about its CinemaVision 21:9 aspect ratio display, makes it the tallest in its category. With a punch-hole design, expect it to rock the bezel-less look and feel. And these are two highlighted features of the phone that you could look forward too.

Sporting a 6.3-inch full-HD+ display it packs a Samsung Exynos 9609 Octa-core processor. The chipset is paired with Mali G72 MP3 GPU and 4GB of RAM. It will be running on the Android 9.0 Pie-based stock UI with Motorola experience. Which is said to be upgradable to Android Q and Android R, alongside security updates.

It will be powered by a 3500mAh capacity battery with 10W charging support. As far as the connectivity options are concerned, it will have a Bluetooth 5.0 version, NFC, A-GPS, USB Type-C, 3.5mm audio jack, and 4G LTE support. The triple rear camera setup includes a 12MP primary lens with f/1.8 aperture, 16MP ultra-wide f/2.2 aperture, and a 5MP depth sensor. On the front, it has a 12MP wide-angle lens with f/2.0 aperture.

Motorola One Action Price in India

In European nations, the handset is priced at 259 euros, which roughly translates to Rs 21,500. Now we believe Motorola might price it under Rs 20,000, considering the competition in India, as far as the pricing is concerned.

You can watch the Motorola One Action event live by heading over to this LINK on August 23.