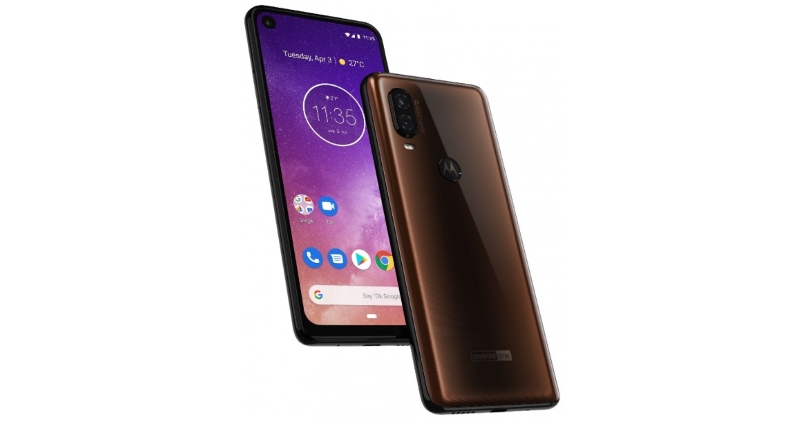 The yet-to-be-announced Motorola One Vision has been spotted passing through FCC. What’s more, is that the press renders of the device are also out now. The render shows a rear-mounted fingerprint sensor embedded into the Moto logo. The phone can be seen sporting a dual-rear camera setup, expected to feature a 48MP primary lens, along with dual LED flash. Under the hood, it will be powered by the 10nm Exynos 9610 SoC.

The device is tipped to come in three RAM and storage variants — 3GB + 32GB, 4GB + 64GB, and 4GB + 128GB. Additionally, there is also going to be a 6GB variant as well. The rumor mill suggests the device would feature a 3,500mAh battery with 18W fast charging support. If all this sounds a bit similar, it is because the Motorola One Vision will also be called the Moto P40 in certain regions.

As of now, there is no word on when the device will be launched. The press render shows April 3rd date on the home screen, which could be the phone’s launch date. Stay tuned to Mr. Phone to get notified of all the buzz in the smartphone world.

Update: The phone wasn’t launched on April 3rd, it is yet to be launched officially.