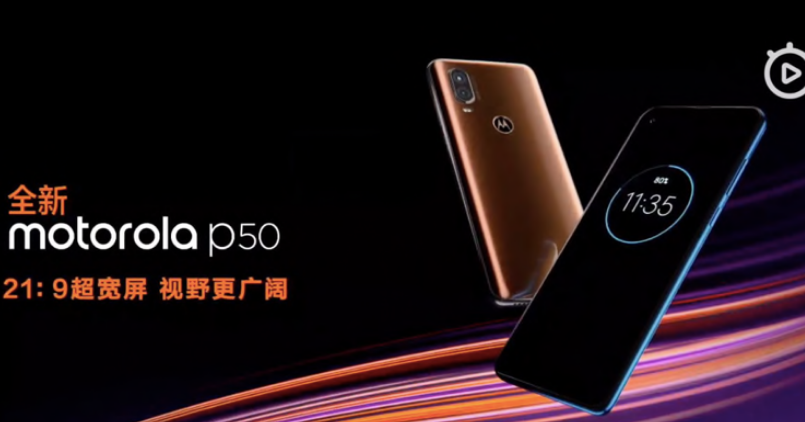 Motorola has launched its new smartphone in India, it is called Motorola P50. The new handset from the brand is priced at Rs 25,000 approximately (2499 Yuan). It will retail in the country in 2 colours variants including Brown Gradient and Saphhire Gradient. The handset will be made out of Aluminium alloy and Glass. It is said to sport an 8.7mm thickness and Weight at 181 grams.

The Motorola P50 is powered by a Samsung Exynos 9609 chipset, which comes with 8 Cores and clocks at 2.2 GHz. It is accompanied by a 6GB of RAM and 128GB of internal storage capacity. It will be running on the Android 9.0 Pie. Note that the external storage is expandable. It comes with a fingerprint sensor. As far as the battery life is concerned, its 3500mAh battery juice claims a day’s life.

Take a look at the detail specifications of the new Motorola P50 smartphone in the table below.

The launch price of the Motorola P50 smartphone is at Rs 25,000 approximately (2499 Yuan). The handset is said to go on pre-order starting July 15 in China, while the actual sale will start from July 20.