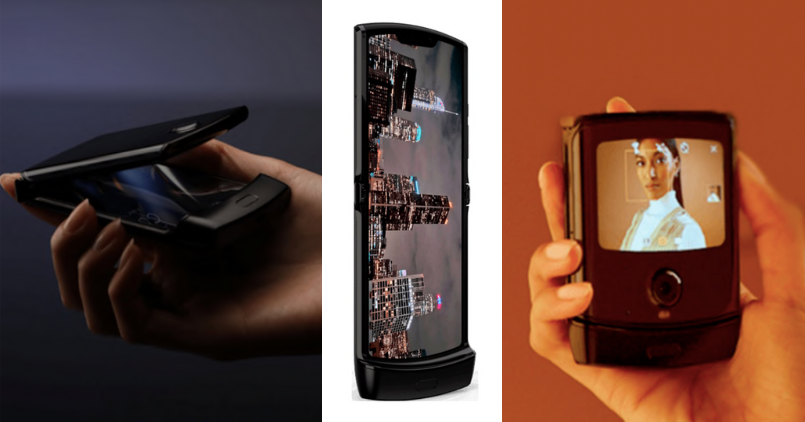 Motorola is all set to go bonkers coming November 13. The smartphone brand is expected to bring back the iconic Moto Razr into the market. With a twist of foldable display design, the handset maker is all set to create a roar in the industry, again. Thanks to an extensive leak from Evan Blass, popularly known as Evleaks, who has shared more than 10 photos showing off the phone from different angles. Let’s talk about the Motorola Razr 2019.

Motorola Mobility has sent out an invite to an event happening on November 13 in Los Angles. There is no mention of the Moto Razr at all, but there are rumours regarding the announcement of the same. And these leaks couldn’t have come at better times. Evan has a track record of leaking device images close to the official announcement date. Which is why we are expecting Motorola to do the same.

Speaking about the design of the Motorola Razr 2019, expect it to be epic like the Original model. You will still get to flip, but this time, there will be a larger screen welcoming you instead of a keyboard button along with it. So, there will be a second screen, which will be placed on the fold, the large screen. On the outside, you’d see a tiny display, below that you can see a large camera sensor along with LED flash. 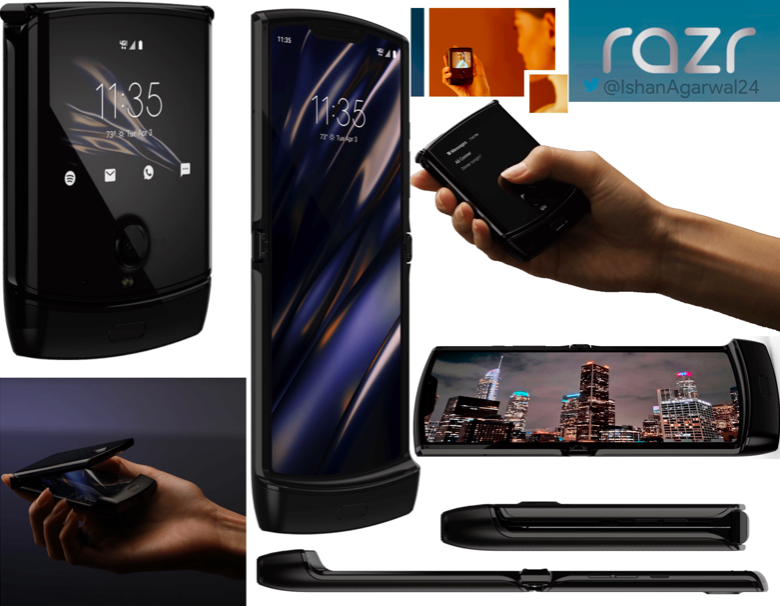 It looks tiny when folded, and could easily be the smallest form factor as far as carrying inside a pocket is concerned. These days people have to carry huge display smartphones, which are obviously not folded. They’ll rather break than fold. The Moto Razr seems to come in two colours; Red and Black finishes. In case you’re wondering, the small screen on top shall show you notifications, messages, email alerts, video, and more.

The folding manner is similar to a flip phone. At this point, we can tell about the reliability, we shall learn that once Motorola announces the phone. It’ll be interesting to see how this phone offers the use case scenarios considering its flip nature. One of the things that you should note is that it will be sporting a rear fingerprint display, not an in-display fingerprint. And it makes sense to do that.

Motorola Razr 2019 will usher in the new technological era and yet it will bring a touch of old-style, rocking the flip look. At this point, we don’t know how it will perform, but it has certainly got us excited for just the Razr branding. As far as the Motorola Razr 2019 specifications are concerned, we don’t know much about it. But according to rumors, expect it to introduce a 6.2-inch OLED display (unfolded) with 876 x 2142 pixel resolution.

The performance could be powered by a Qualcomm Snapdragon 710 processor, sporting up to 6GB of RAM and up to 128GB of storage. Expect a battery life of 2730mAh capacity. Speaking about the pricing of this upcoming rumored smartphone. It could be priced at 1500 Euro, which roughly translates to Rs 1,19,000. This pricing will make it set among the contenders like Samsung Galaxy Fold and Huawei Mate X. But Motorola must introduce at least flagship chipset on its Razr 2019 model to compete in performance.