The foldable phone may be the future, but the brands have a long way to go ahead. With a recent bad PR, Samsung has delayed the launch of its much-hyped Galaxy Fold. While the only other brand, Huawei who announced its Mate X is not close to releasing it soon either. At such times, enters Motorola RAZR foldable phone.

According to a leaked set of renders popped up on SlashLeaks, we have learned certain things about this rumoured Motorola device. These images originally posted by a user on Weibo, which has been the ultimate leak realm. Talking about the device shown in the renders, it stringily looks similar to the design patents of Motorola RAZR leaked online a while ago. 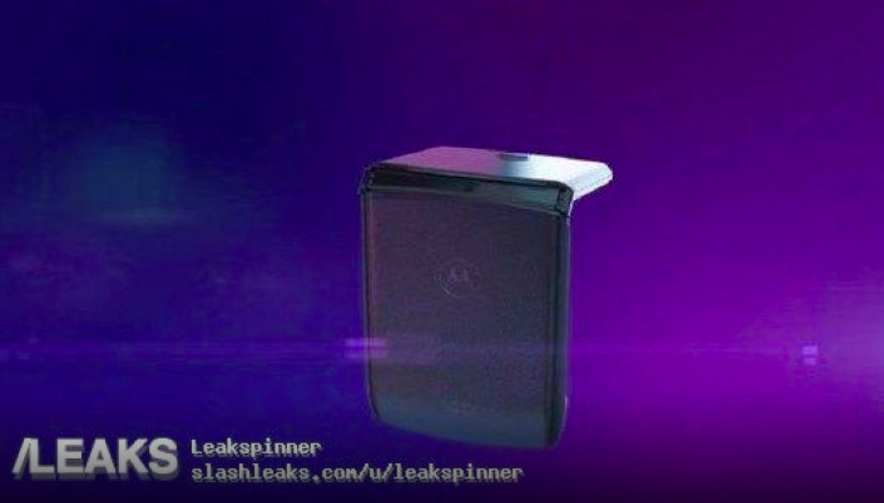 The renders showcases that Motorola has opted for a candy bar form factor with reportedly a 6.2-inch display. It is supposed to offer a 22:9 aspect ratio and a thick noticeable chin. You could see rectangular notch where the in-ear speaker might be placed.

These low-resolution renders doesn’t make it clear to understand the already confusing design of the Motorola RAZR. It should not be news to you to hear the word, RAZR. If that’s the case, you may want to think your life choices. Cuz Moto RAZR is quite the popular handset when flip phones were in trend. 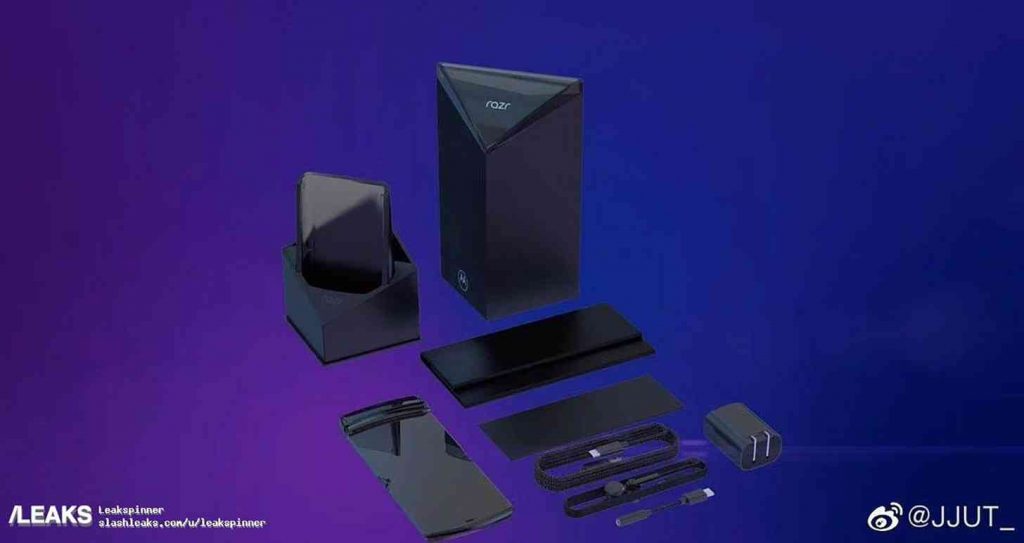 Actually, it wouldn’t be wrong to say that original Moto RAZR created made flip phones popular. And with its unique foldable approach, it may looking to break the barrier again. The secondary display seems to show off when you flip the V to outside.

Of course, if Motorola sticks to this design, it won’t be offering a very large screen once it’s unfolded. Maybe that’s the point. Notably, there isn’t any rear camera setup you see in the renders. Or it might be not visible considering the poor quality resolution of the leaked renders. Either way, take any information shared here regarding the Motorola RAZR foldable phone with a pinch of salt.