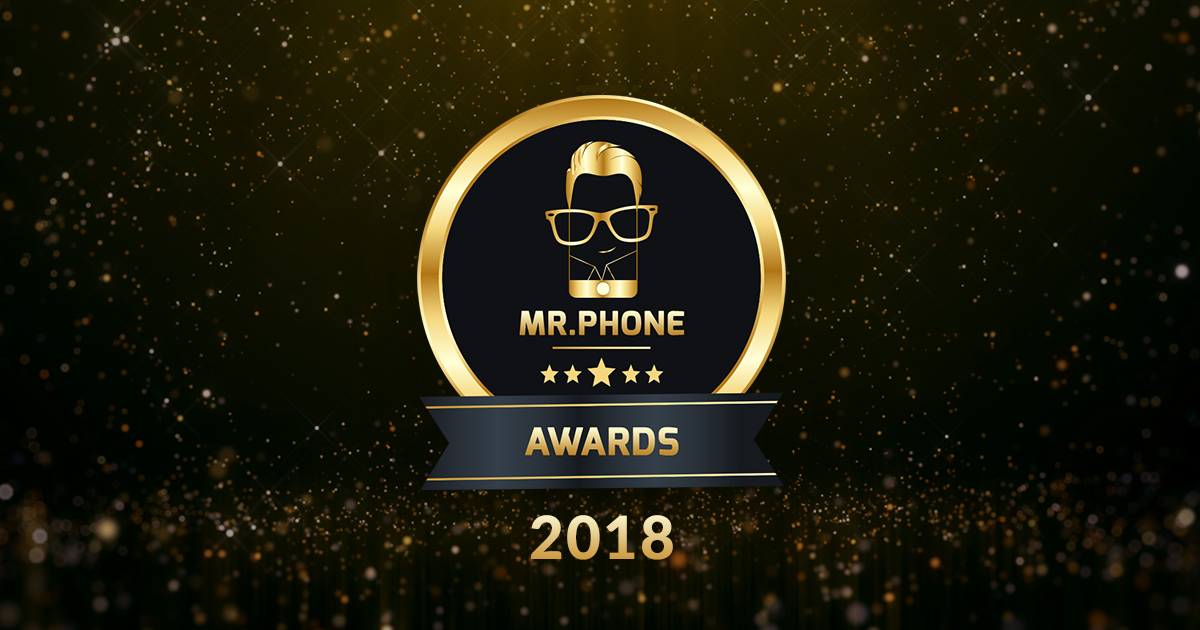 That 2018 has been an interesting year for smartphones is a fact. While Android phone brands embraced the notched display en masse, a few outliers also found interesting ways to bypass the design anomaly (read: Vivo Nex and OPPO Find X). The iPhone became bigger, whereas the Samsung Galaxy Note Series added some weight. New sub-brands like Realme (by OPPO) and Poco by Xiaomi created an uproar in the Indian market by breaking price barriers. And, here at Mr. Phone, we’ve been following every single development in the Indian smartphone space with eager eyes and perked up ears. Which leads us to this moment: the Mr. Phone Awards 2018.

We are extremely excited to talk more about our first ever awards. So, let’s get started.

Before we talk about the critic’s award categories, let’s take a look at – what we believe is – the most important category of awards: the Mr. Phone User Choice award. And to decide the winner for this category, we need your help. All you need to do is head to this Google Form and pick your favourite phone from the 20 most popular options this year.

Important note: Only phones launched in India till November 2, 2018, were eligible to be nominated for the awards.

Voting for this award will automatically enter you into our giveaway where 5 lucky winners stand a chance to win Amazon gift vouchers worth Rs 500 each. Only Indian nationals are eligible to take part in this contest. Voting ends on December 5.

Apart from the User Choice Award, Mr. Phone Awards 2018 has 9 more categories. The winners from all of these categories will be selected by an esteemed panel of jury members. Allow us to introduce the members of the jury first (in alphabetical order).

Abhishek Baxi is a Contributor at Forbes and an Editor with Android Authority. That’s not it though, Abhishek Baxi has a wealth of experience covering smartphones and the related ecosystem. In his previous stints, he has also written for established publications like Gizmodo, Windows Central, Android Central, TechRadar, BGR, ZDNet, Mint, and Hindustan Times. Baxi’s industry acumen is unparalleled and he has a sharp take on most things tech.

Ash of C4ETech fame runs one of the most popular YouTube channels for smartphone reviews. His no-nonsense attitude, when it comes to reviewing smartphones, has helped him amass a legion of fans. Ash’s videos are sought out by his massive YouTube subscriber base of 1.4Mn (and growing). And, everyone knows that C4ETech is the place to be for honest reviews. 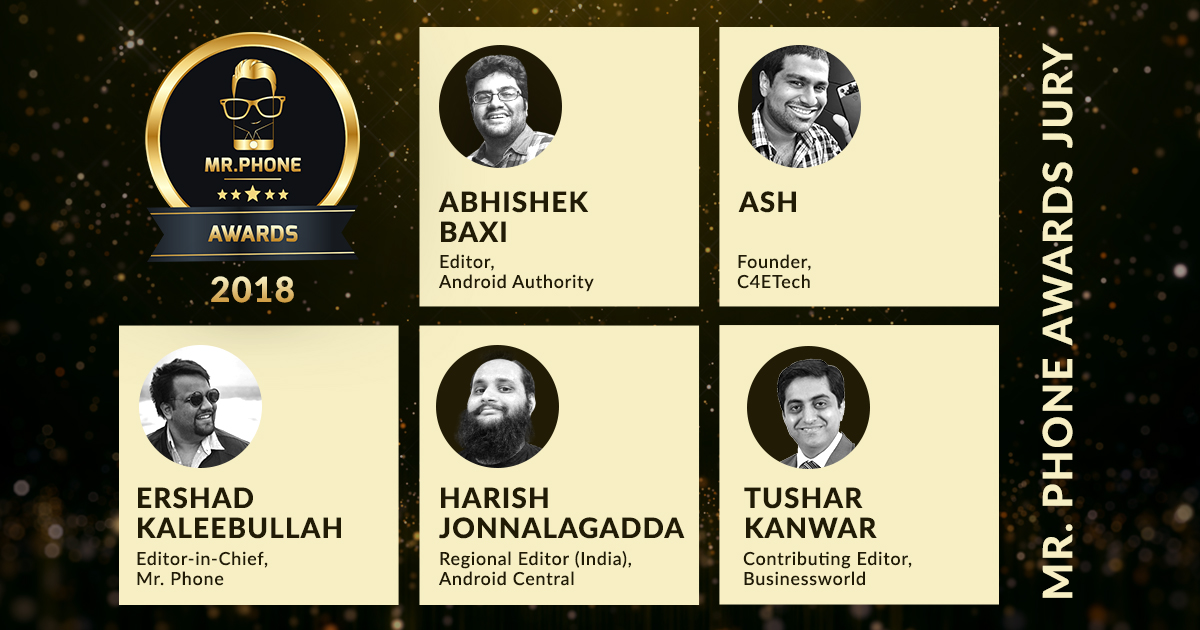 Harish Jonnalagadda single-handedly covers the Indian handset market for one of the biggest tech blogs in the world – Android Central. In his role as the Regional Editor (India) for the blog, Harish writes long, incisive and extremely well-received reviews on the most prominent smartphones that are launched in our country.

When it comes to smartphone reviews in India, Tushar Kanwar’s perspectives are second to none. Tushar is currently a – Contributing Editor for BusinessWorld, Freelance Contributor with The Quint, and a Senior Technology Columnist with The Telegraph. He is one of the very few reviewers in the country who can pack an abundance of information about a phone in under 500 words; a talent that he has honed meticulously over the years.

Now that the jury members have been introduced, let’s get down to the 9 jury categories and the nominations.

The crème de la crème of smartphones – the flagship smartphone. It is the showcase phone for any brand. This phone includes the best technologies — cameras, display, design, and more — crammed into one small body. 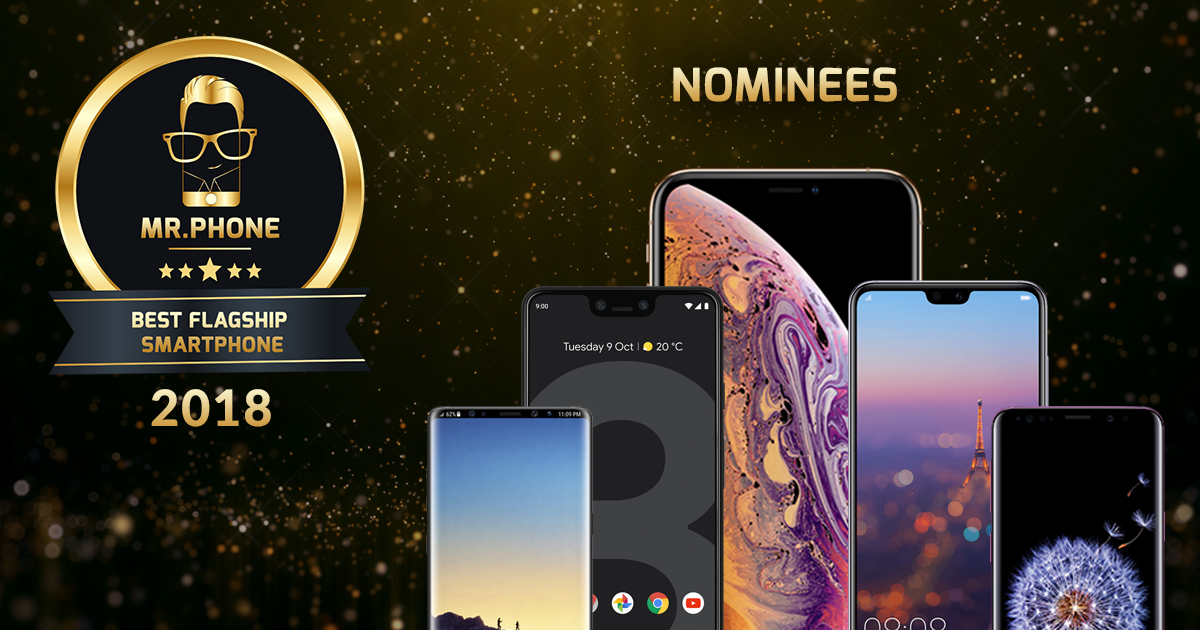 The Budget Flagship Smartphone is a new category that has taken the Indian market by storm. It includes phones priced under Rs 45,000 with high-end specs. Essentially, these have a few compromises but make up for it by offering a flagship-grade performance at a price that doesn’t break the bank. 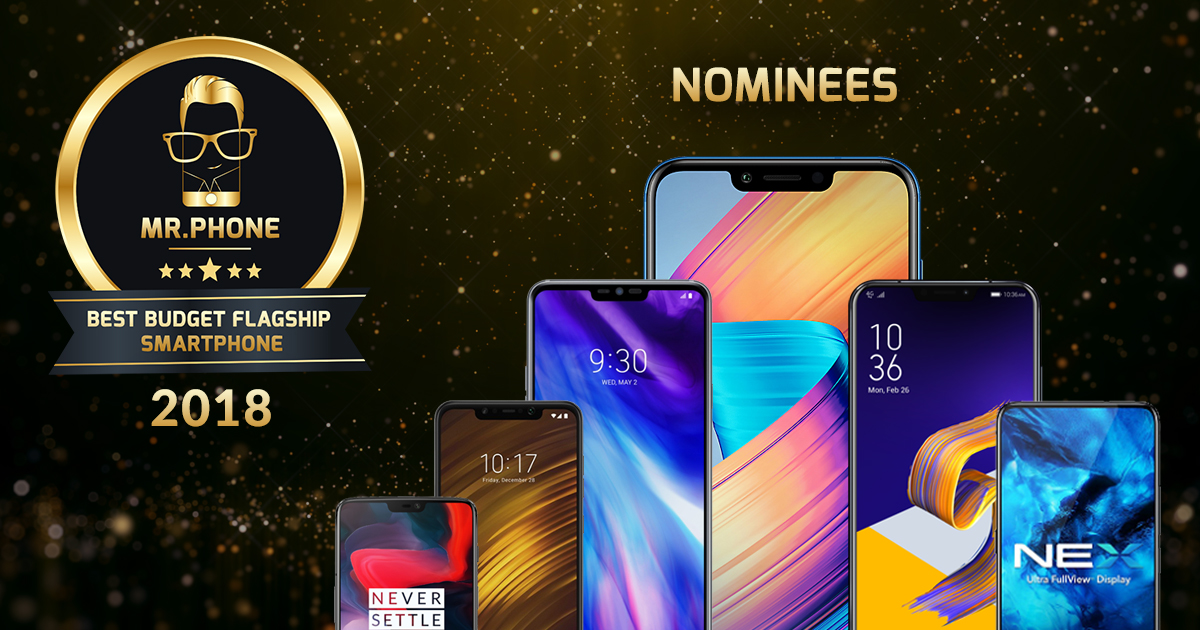 The mid-range category is probably the most exciting one in India this year. Mid-range phones are essentially the middle-ground between budget and flagship phones. A mid-range phone offers users a no-nonsense smartphone experience with some stand-out feature worth talking about. It could be the camera, the design, or even the RAM. This is the category of phones that a lot of folks are buying this year. 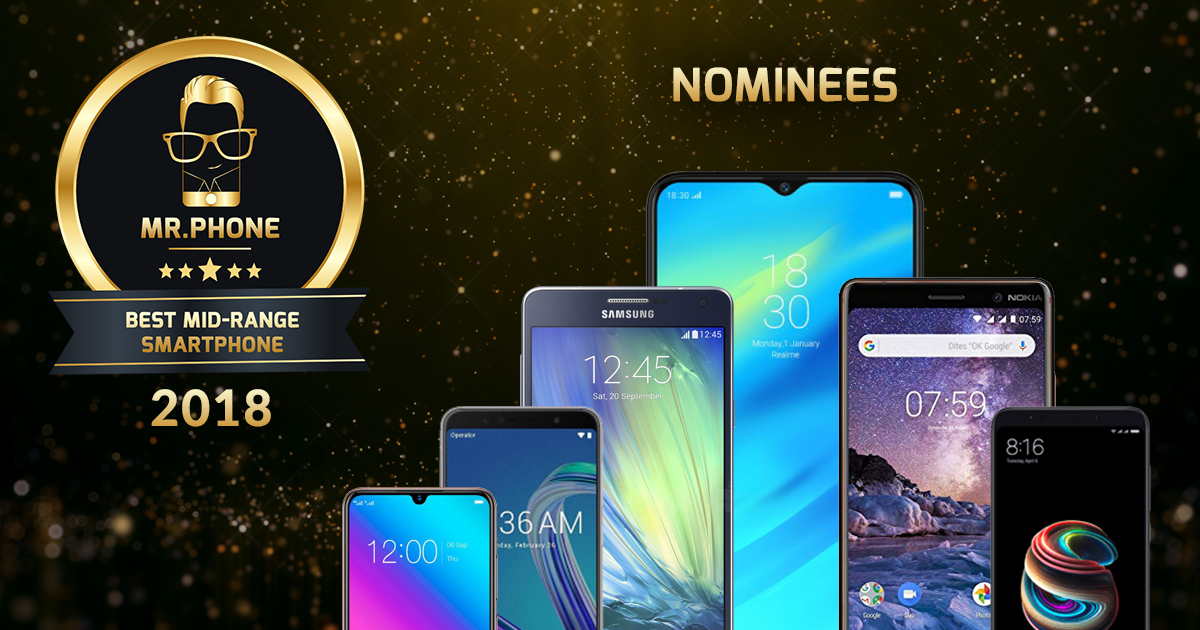 The Best Budget Smartphone category includes phones under Rs 10,000. This category has exploded with great options this year and the fight is absolutely intense. 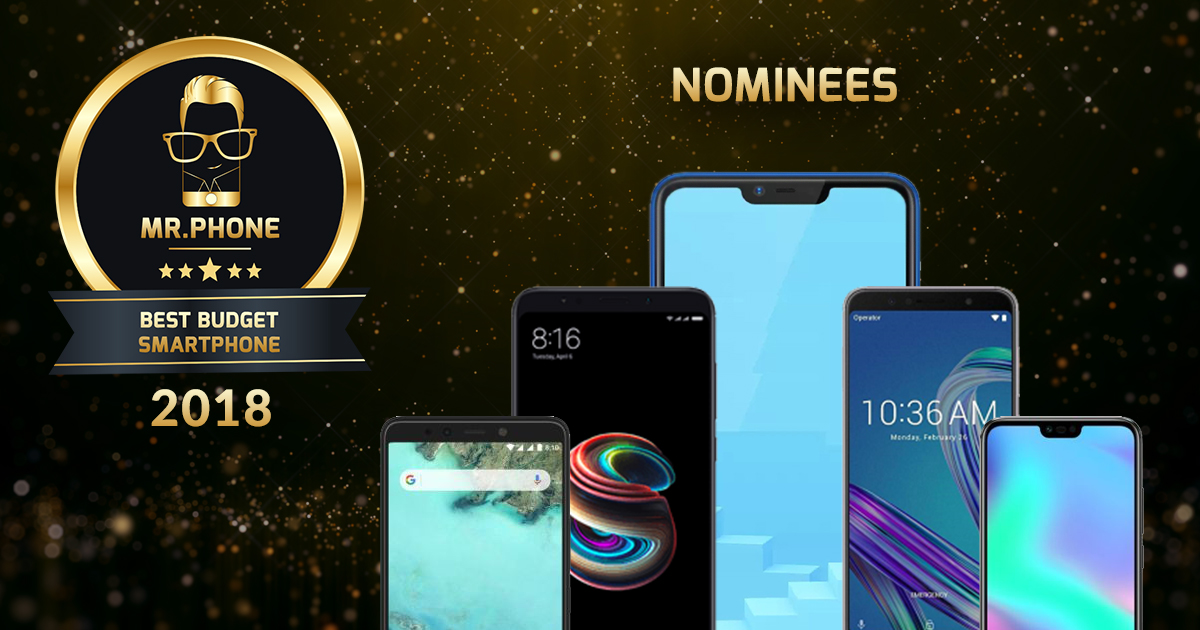 This category needs no explanation. The winning phone has to have the best set of cameras. Period. 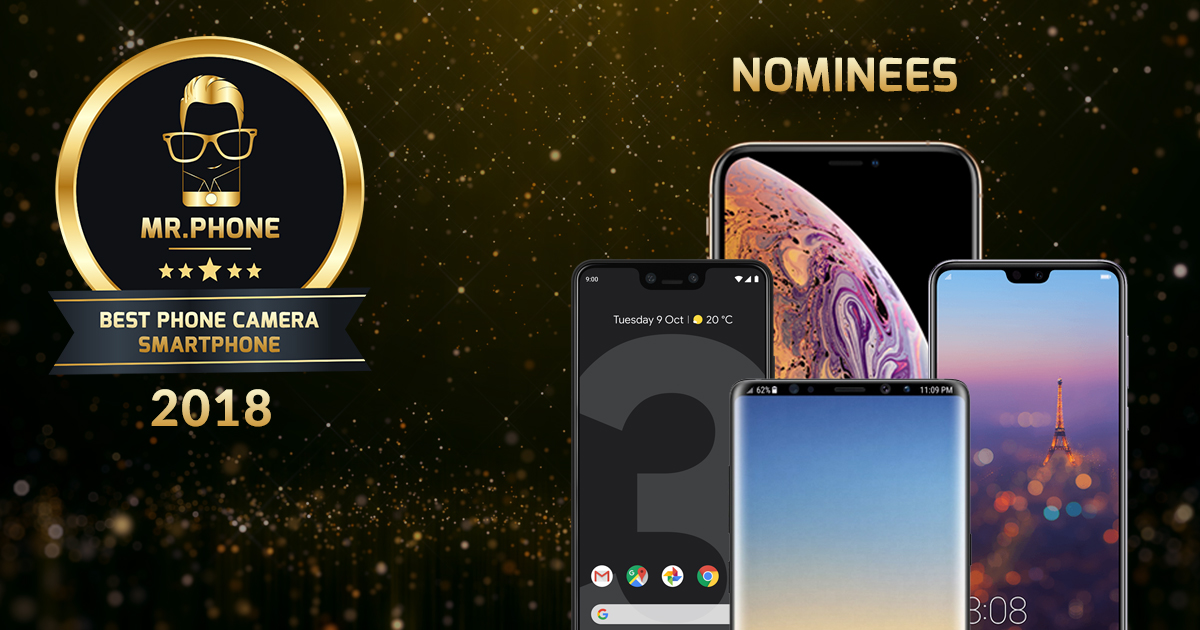 Thanks to the substantial drop in mobile data prices, phones are increasingly being used as a streaming device. From watching movies on Netflix to streaming songs, most of us rely on our phones to do it for us. Therefore, it is only fitting that we have a category for the best phones for a great multimedia experience. 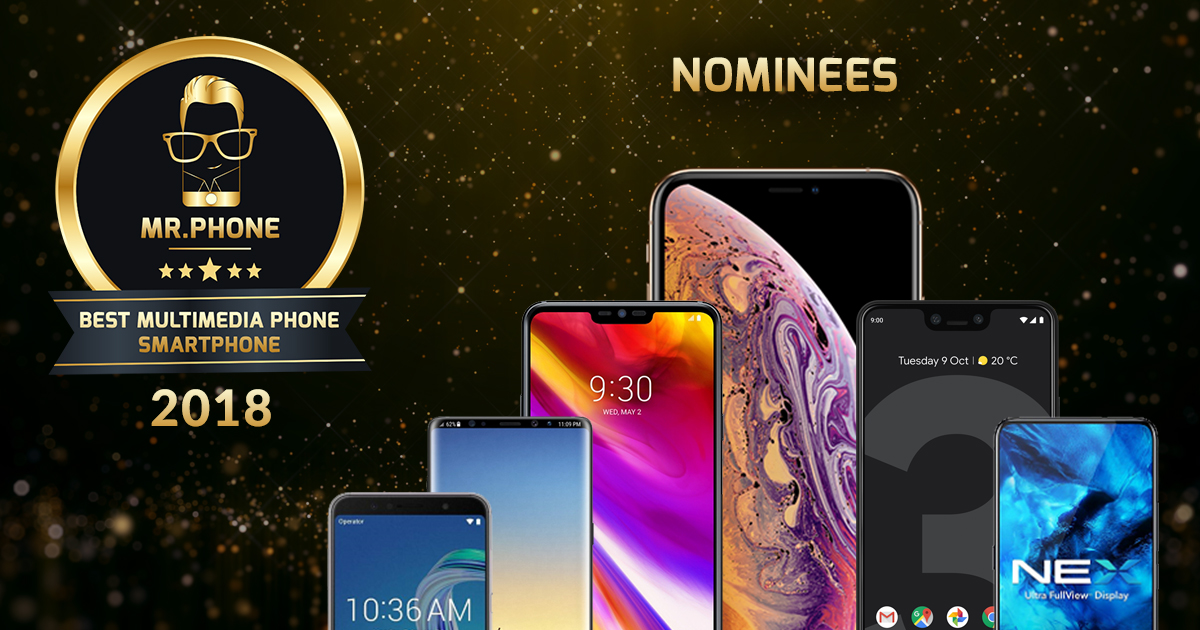 These phones are the trendsetters. Some removed the notch for a slide-out camera. While others added an in-display fingerprint scanner. Essentially, these are the phones that dared to innovate and are ideal nominations for the Most Innovative Smartphone category. 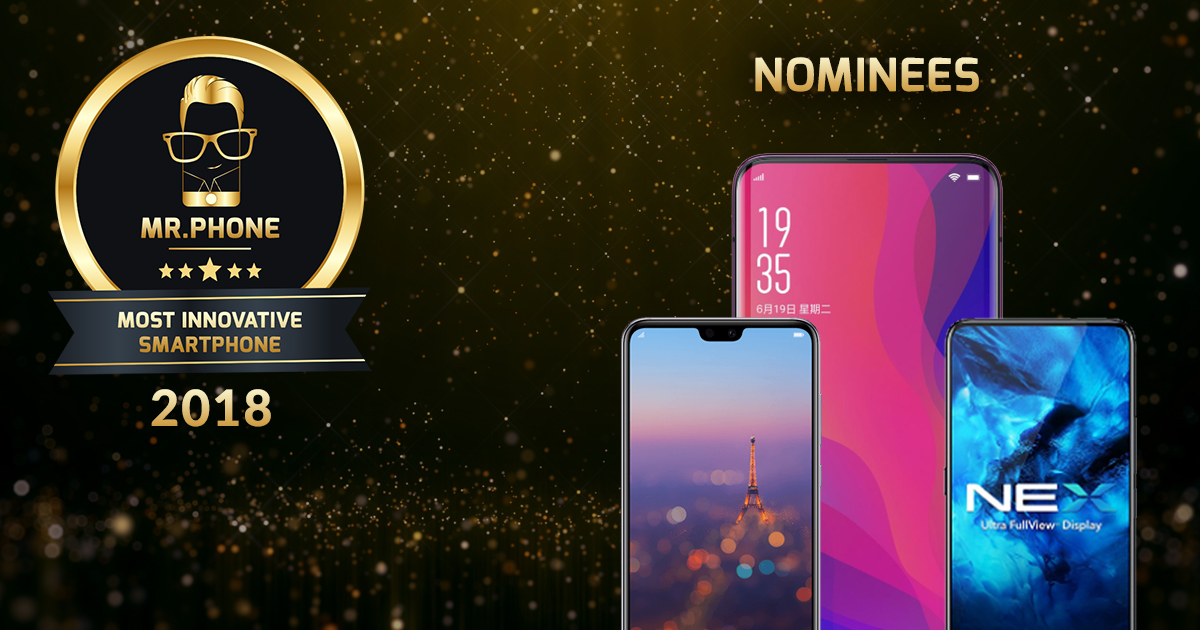 Yes, the hardware is important but no phone is complete without the operating system. The Best Operating System award will honour the mobile operating system with the cleanest, most intuitive user interface of all. 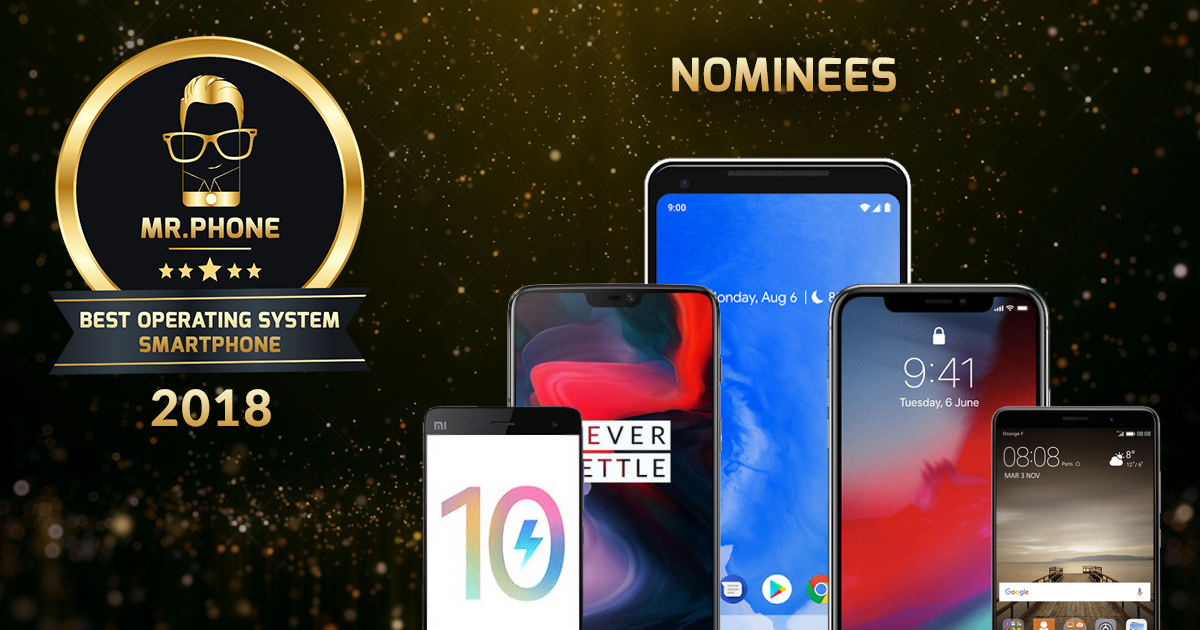 The year 2018 has seen an influx of new sub-brands. These brands have made for themselves already by disrupting market dynamics. The most promising newcomer award is for that one smartphone brand which showcased the most chutzpah and the drive to win. 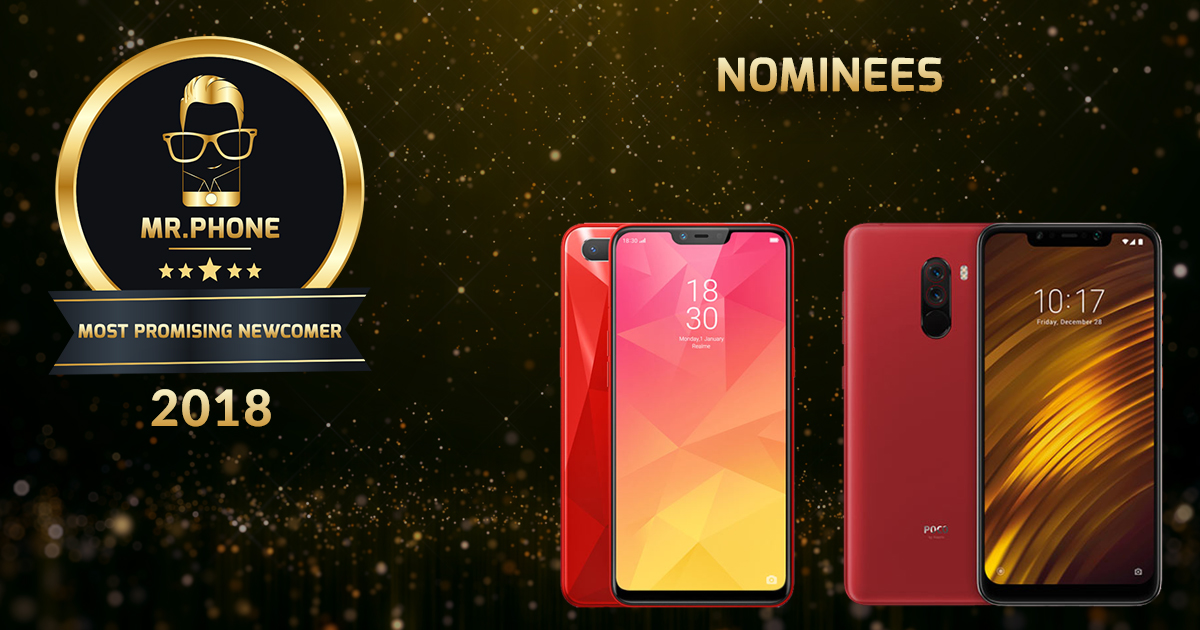 May the best phone win

So, without wasting any more time, let’s declare the Mr. Phone Awards 2018 live. Don’t forget to vote for the Mr. Phone User Choice category and share it with all your friends and loved ones who use a smartphone. The final winners will be declared on December 15th, 2018.

May the best phone win.

Read all the terms and conditions of the awards here.