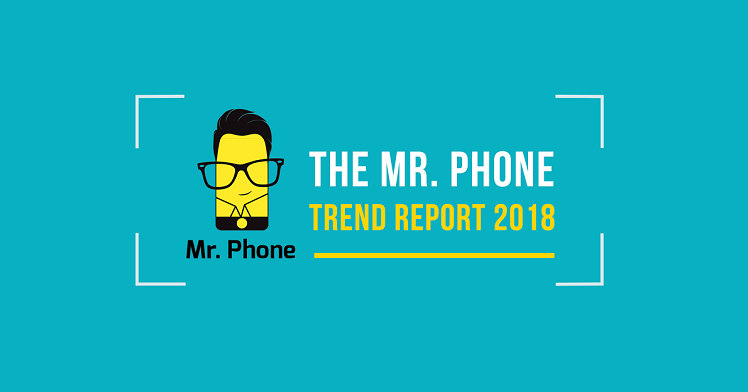 There will always be a debate about whether the mobile industry is adapting to the user’s behaviour or just innovating as it feels convenient. But one thing is confirmed: the industry is bound to grow with further adoption. Especially talking about the Indian phone consumers, smartphone brands have been quite considerate of catering to India-specific requirements.

In the past couple of months, India has become the centerstage of global launches for many brands. There is a clear India-first strategy being adopted by many brands. The primary reason is the country’s mobile market is exploding at a rate at which most of us can’t keep track of it. Which is why we find it essential to analyse user perspectives and create a trend report to understand what the end user thinks of new smartphone features.

To act on this, we conducted a survey of around 20,000 Mr. Phone users from almost all corners of India to understand what tickles their fancy. What we found was nothing short of interesting. Check out the findings below:

Do you have a gamer in you?

Chances are high that you might just end up buying the next gaming smartphone that is going to launch in India. In our survey, we learned that more than 53.6% of Mr. Phone’s audiences would consider shifting to a gaming phone as their primary phone. 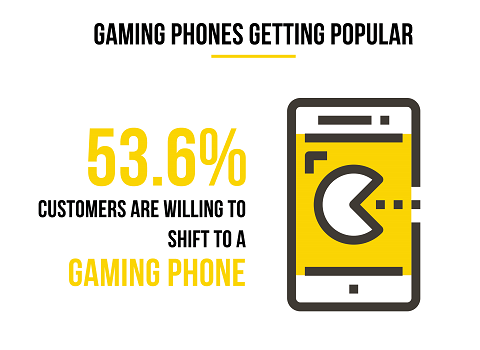 Considering the fact that gaming phones come with the best hardware specifications, users are easily enticed to pick up gaming phones. That is just an instance though, there are a lot of other factors, like the price which comes into play here.

The highlight of this section was that OnePlus was voted as the most preferred brand. This means that users would like to see OnePlus introduce a gaming phone. Xiaomi came quite close with its 47% score, against 50% demand for OnePlus gaming phone. The third contender that got 34% of our users choice was ASUS, which incidentally already has the ASUS ROG gaming phone in the market. Further findings revealed that almost 80% of users would want a gaming mode in their smartphones compared to 60% users who would like to have a gaming accessory.

Are you a notch-tastic person?

Looking at how brands are rapidly switching the line-up with a taller display smartphone, it is not a hard conclusion that people are preferring taller aspect ratio displays. But we wanted to check if given a chance to choose between full-view and a wide-view display, which one they would opt for? And it was not surprising that the 84.4% audience went with 18:9 ratio screen against the 15.6% for the 16:9 aspect ratio.

When there is a talk of tall screen displays, you can’t avoid talking about the notch. Because it is here to stay. Despite brands like Vivo and OPPO introducing innovative solutions to offer notch-less phones like the NEX and the Find X, it seems users don’t hate the notch as we thought they would. Only close to 17% people seem to care about having notch-less phones, while the other 83% seems to either prefer it or not care at all. Thus concluding that the notch won’t go anytime soon unless brands find another cost-effective solution.

Are you all-in for the AI?

We see smartphone brands constantly tease the AI capabilities on their phones. While the number AI features are still rising by the day, there are certain promising use-case scenarios. But, we asked users where would they like the help of AI while using the phone and the answer wasn’t surprising.  Looks like users want the AI in their phones to help in speeding up the performance of a system. This means users want AI to manage the RAM and memory on their phones better. With a five percent difference, almost 69% people want AI to also improve the battery life of their phones. 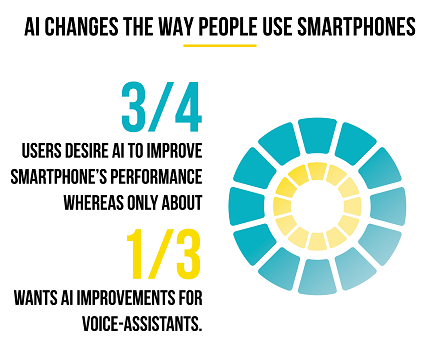 Talking about the AI capabilities, smartphone brands these days tease a lot about the AI camera features. And fortunately, it is not limited to just beautification. We offered users the options of portrait mode, scene detection, AR stickers, and beauty mode, and asked them to pick their favourite. The Portrait Mode turned out to be the winner with 55.5% users in the survey felt it was their favourite AI feature.

Now that we are talking about the cameras, let’s talk about the selfie camera. In respect to this, we didn’t want to know your selfie obsessions, because that is an unsaid conclusion. We were rather interested in knowing where you like to see the placement of the selfie camera on your phone. And the answer came out to be the notch. However, there was the considerable number of people interested in seeing it as the pop-out camera.

The surprise takeaway from this query was that people expect brands to put the selfie camera under the display. Hey smartphone brands, what do you think?

What about security features? 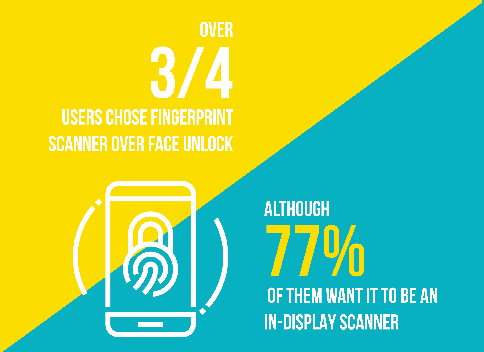 We carry almost all the sensitive information on our smartphone and we all like to keep that info away from prying eyes. The biometric security features like fingerprint sensor and face unlock lets you do that quite conveniently. Which is why we’re keen to know the preference of the users on all the latest security features that are available to them. We included four options starting with Face unlock, fingerprint sensor, Iris, and voice unlocks. And the winner wasn’t surprising at all. More than 80% select fingerprint sensor, while the least votes went to voice unlock. But there is the fair percentage of people who were interested in seeing Face as their primary bio-metric unlock. And it sits correctly with companies choice, as they choose to include Face Unlock features on its devices these days. It should be a no-brainer! But you know what should be a no-brainer as well, the brands should make it more secure as face unlocks tend to easily break the lock using unconventional techniques.

Why do we say that? Because most of the people in the survey doesn’t trust the face unlock. The percentage of NO and Maybe was more than 60%, which should concern the brands if they’re providing the Face unlock but not any other biometric security feature.

So, this was the mobile trend report of 2018. Hope you got interesting insights into the rapidly growing chaotic world of smartphones in India. If you want to see this full report, you can access the infographic by clicking below link.

A bonus question which you as a reader have to answer: What would be one feature that you’d like to have it on your smartphone? Comment away. We want to hear from you guys.

Also if you want to be part of our future surveys we urge you to sign up below.