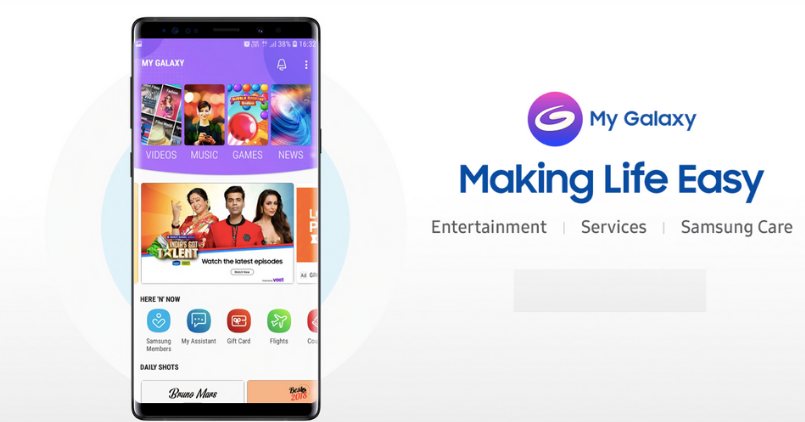 We are not halfway through 2019 and Samsung has already launched a dozen of smartphones in India under its new Galaxy M-series and the refreshed Galaxy A-series line-up. More importantly, the brand has been pushing its partnerships and features for Samsung mobile users in India. Today, the company has pushed out an update to it’s My Galaxy App that will allow users in India to watch K-Drama and listen to K-Pop content.

Aimed at the audience aged between 18-24 years across metro cities and Tier 1 cities, the Korean pop culture has been getting a lot of attention lately. This decision to introduce the Korean content on its My Galaxy App in India came after the much-increased demand from the users. The Korean music has not only received acceptance in the United States and other regions across the nation but has been started to be celebrated in India as well.

In result, the South Korean mobile giant would be providing access to over 750 K-Pop music videos of the top artists including BTS, Exo, BTOB, MONTSA-X and more. This presents a great opportunity for millennials in the country to explore the Korean pop culture via this Samsung Galaxy app.

With the company pushing the handsets in the price range below Rs 20,000, which has always been a sweet spot for mobile sales. The company has already revealed its plan to take on its competition and with the exclusive partnership from K-Pop house, the brand would be providing an extra layer of attraction for people looking for mobile purchases. Further, the existing users would be able to engage more on their respective mobiles.