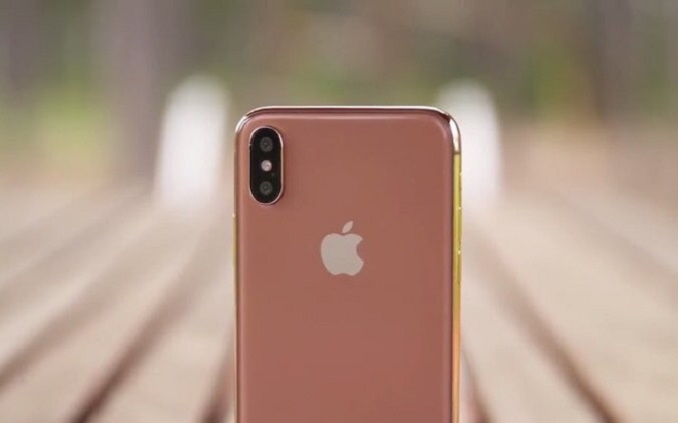 Following last week’s leak, reports of a new coloured iPhone X have once again resurfaced on the blogosphere. This time, the reports come from a Japanese publication which doesn’t actually clarify its sources. Nor does the report specify the exact new colour that will be is rumoured to arrive. However, gathering from earlier leaks, we think it might be a Blush Gold variant.

Looking at Apple’s past sales strategies, this is a predictable step that the Cupertino giant would take. Currently, the iPhone X has just two colours – Space Gray and Silver. Last week we saw a regular tipster Benjamin Geskin show off mockups of the Blush Gold iPhone X. He also showed off SIM card trays of the same on his Twitter handle. The tipster has been claiming a Blush Gold iPhone X since last year. However, his track record with such claims isn’t spotless.

On the tablet side of things, Apple is expected to launch a cost-effective iPad 9.7-inch in the third quarter of this year. The reports are backed by Bloomberg that tip the phone maker to announce the new device at an exclusive event in Chicago. The tablet is aimed at students and will be equipped with an upgraded processor and probably Apple Pencil.

Apple’s also has an event scheduled for tomorrow in Chicago at Lane Tech High School. Would you love a new Blush Gold variant of the iPhone X? Let us know in the comments section below.