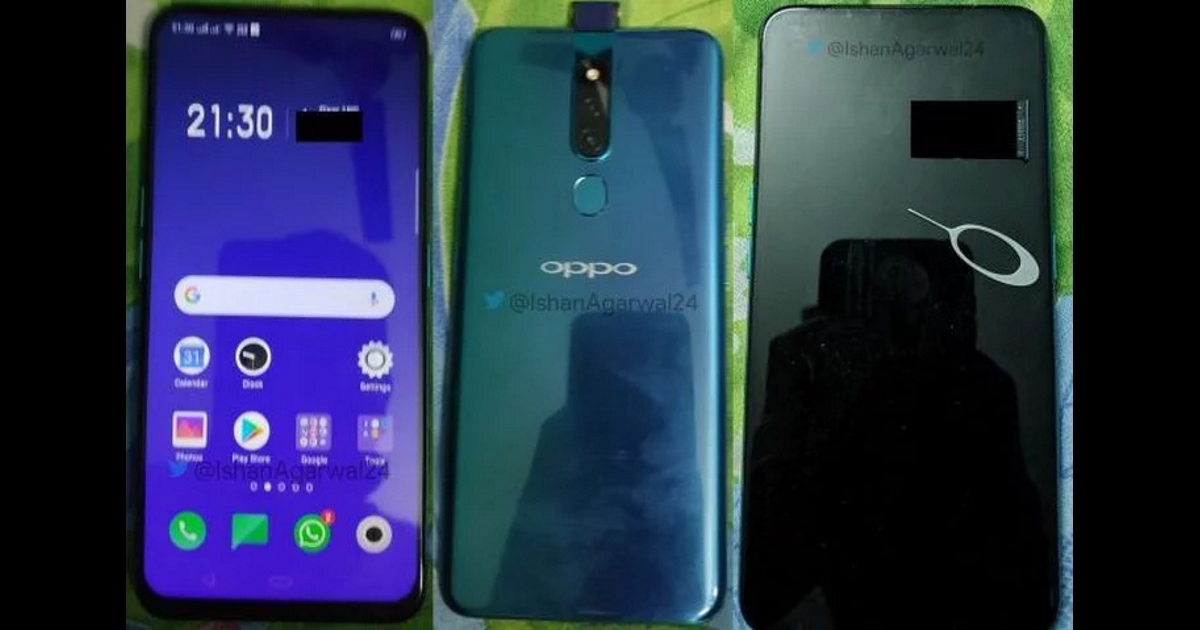 OPPO is another Chinese brand that is leading the front in the smartphone market, at least in terms of innovation. Last year, the company launched the OPPO Find X. While it proved to be not that durable, it certainly brought about the revolution of slider phones. However, recent reports suggest that the company might now be following into the footsteps of its sister company Vivo. Yes, that’s right. An upcoming Oppo smartphone has been leaked which could feature a pop-up selfie camera and notch-less screen.

Real world images of an upcoming smartphone from the house of Oppo has been leaked. So far, it is unknown as to which smartphone this could be. However, the rumor mill has it that this could either be the OPPO R19 or the OPPO F11. Regardless of its name, the device certainly looks stellar. The images come to us courtesy of Ishan Agarwal. As shown below, the smartphone features a notch-less screen and minuscule bezels. On to the back side, you see a glass back with a triple camera setup and a fingerprint sensor.

EXCLUSIVE! Here's you first look at an upcoming OPPO Phone I don't know anything about except that it has Pop-Up Selfie Camera. These images were sent to me anonymously and the device could be OPPO R19 or OPPO F11. What do you think about this? I'm excited!#OPPO#OPPOF11 pic.twitter.com/j26lConGYr

What’s interesting is that there is a pop-up selfie camera over here as well. On the software front, the leaks suggest that the device will come with Android 9 Pie out of the box. That being said, the under-the-hood specifications have been hidden in the leaks. As such, there is no idea about the hardware that would be powering this mysterious OPPO phone.

As of now, there is no word on when this new smartphone would be releasing. For now, we know that Oppo is all set to introduce its new K series smartphones in India. The new K series is the upcoming affordable series from Oppo that also comes with an in-display fingerprint sensor. You can read more about it here.