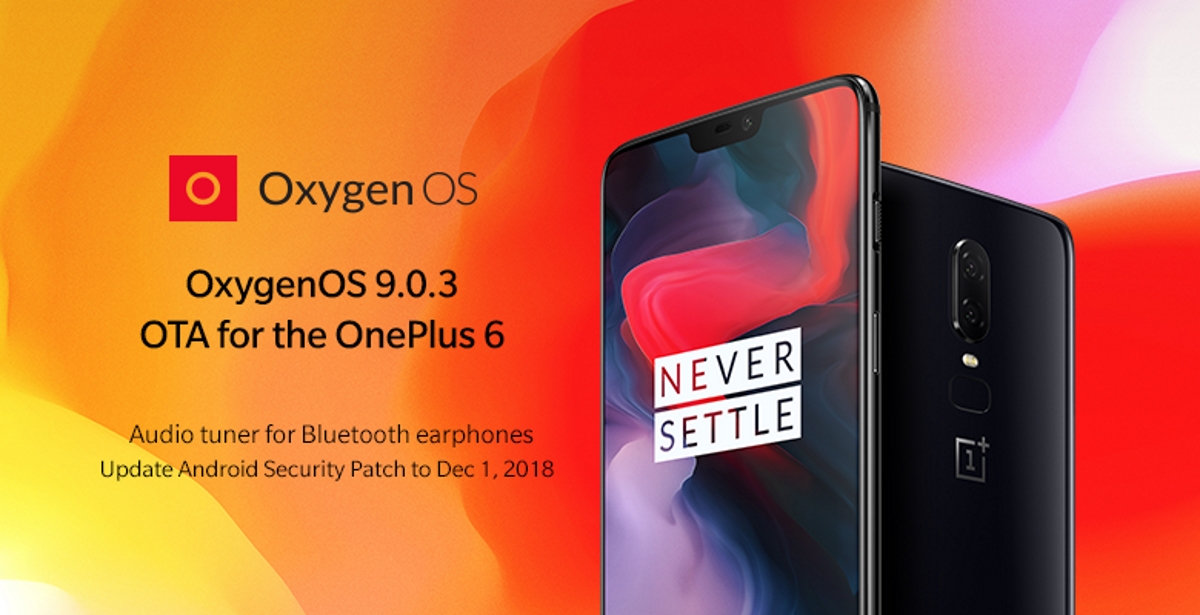 OxygenOS is one of the best Android skins on offer right now. In fact, it even won the award for the Best Operating System at the Mr. Phone Awards 2018. The company has been rolling out updates quite consistently. And each of the updates adds some new features alongside. While the major focus has been on their flagship OnePlus 6T, the Chinese giant hasn’t forgotten about their previous devices. OnePlus has rolled out the OxygenOS update for the OnePlus 6 and the OnePlus 5/5T. And they bring out new features for Bluetooth and camera.

The OxygenOS 9.0.3 update for the OnePlus 6 brings about an audio equalizer for Bluetooth headphones. This is the same feature that was previously offered to the OnePlus 6T. The update also improves upon the stability of the wireless connections (both Bluetooth and Wi-Fi). Users have been updated to the December security patch. As for the camera, it has also been updated with optimized image processing. It also offers better performance in the Nightscape and slow-motion modes.

As for the previous OnePlus 5 and OnePlus 5T, the new update brings forth plenty of bug fixes. It has also optimized the display’s sRGB and Reading modes. Random reboots during screen casting have now been fixed, and the overall stability for the WiFi has also been improved. The update also fixes the issue with 4G VoLTE toggle missing.

Do note that this is an incremental rollout, and the OTA update will be delivered in a couple of days. Users can, however, attempt to use a VPN to switch locations to Germany/Canada and get the OTA updates faster. Do leave a comment below if that method does work for you.