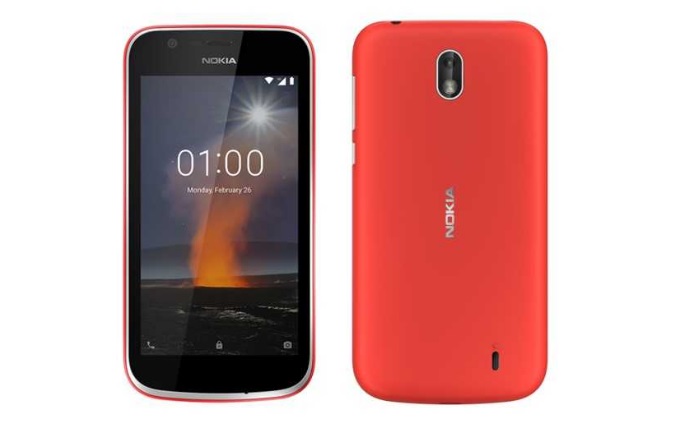 Nokia has finally launched its first Android Go smartphone in India. The Nokia 1 was showcased at MWC 2018. Today only, HMD Global has released the device for India at a price of Rs 5,499. It is available at all leading mobile outlets in the country.

On the top of that, all Nokia 1 users will be eligible for a complimentary 12-month Accidental Damage Insurance by Servify on opening the Kotak 811 savings account and activating it with an initial deposit of Rs 1,000 in the introductory period. Let’s refresh on the specifications of this phone once.

Google’s Android Go programme seeks to enhance the usage of internet through cheap and reliable devices. These smartphones receive a special set of “Go” apps like Youtube Go and others. Nokia joined this bandwagon back in February when it launched the Nokia 1. The phone will receive all OS updates in time for the next two years.

The phone under scrutiny carries a 4.5-inch FWVGA IPS display and runs on the MediaTek MT6737M quad-core processor, clocked at 1.1GHz. The device has 1GB of RAM and 8GB of internal storage. You can expand the ROM by up to 128GB using a microSD card. The phone also has a satisfactory camera configuration. The primary shooter is 5MP with an LED Flash and a 2MP selfie snapper. The phone measures 133.6×67.78×9.5mm and has a removable 2150mAh battery at its disposal.

On the connectivity front, the Nokia 1 has a support for 802.11 b/g/n, GPS/AGPS, Bluetooth v4.2, Micro USB 2.0, and 3.5mm AV jack. Along with this, the phone supports all apps of the Google Play Store along with some optimized apps designed especially for the Android Go smartphones. It runs Android 8.0 Oreo and comes with Nokia Xpress-on covers. The phone is tough and durable with inherently coloured two-tone polycarbonate shells.

The Nokia 1 is one of its kind and we are sure that budget smartphone lovers have now received a credible option. What do you think? Let us know in the comments section below.