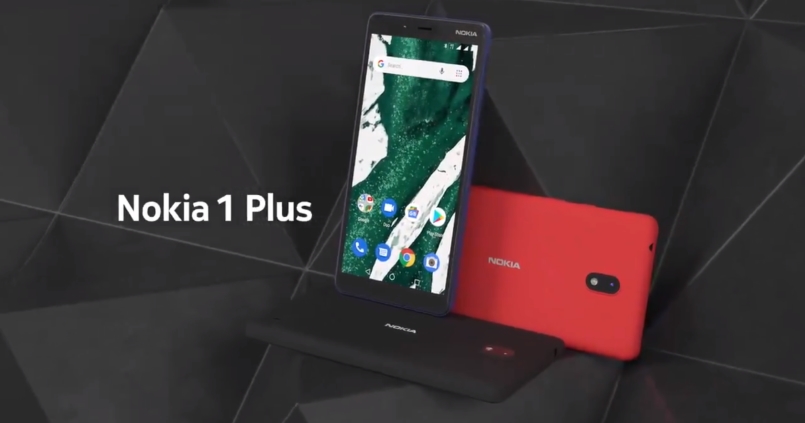 MWC 2019 is officially here, and plenty of brands are rolling out with their new products. HMD Global isn’t one to shy either, and the brand has announced a total of five smartphones at the event. While the Nokia 9 PureView steals the limelight, another smartphone to be launched alongside is the Nokia 1 Plus. The Nokia 1 Plus, as the name suggests, is the upgrade to the Nokia 1 smartphone already available. So what is it that the newer model brings to the table? Let’s take a look:

The Nokia 1 Plus sports a 5.45-inch FWVGA+ IPS screen on the front, and a polycarbonate rear panel that offers a unique new 3D nano coated texture. Under the hood, you get 1GB of RAM alongside either 8GB or 16GB of internal storage. The device is powered by a 1.5GHz quad-core MT6739WW chipset. It comes with Android 9 Pie (Go Edition), which makes sense considering the kind of hardware onboard. As for camera optics, there is an 8MP sensor at the back, while a 5MP camera sensor up front for selfies. Juicing the device is a 2,500mAh battery.

Nokia 1 Plus price and availability

The Nokia 1 Plus will be offered in red, blue and black colors. The device starts at a price of $99 (~Rs. 7,000). As of now, there is no word on the device’s India launch. However, considering Nokia’s market in India, one can expect the device to make its way here as well. With a price like that and the promise of Nokia, the Nokia 1 Plus is surely a device to watch in that price category. Well, what do you think of it? Let us know your thoughts about the Nokia 1 Plus in the comments below. Also, make sure to keep tabs on our MWC 2019 coverage here.