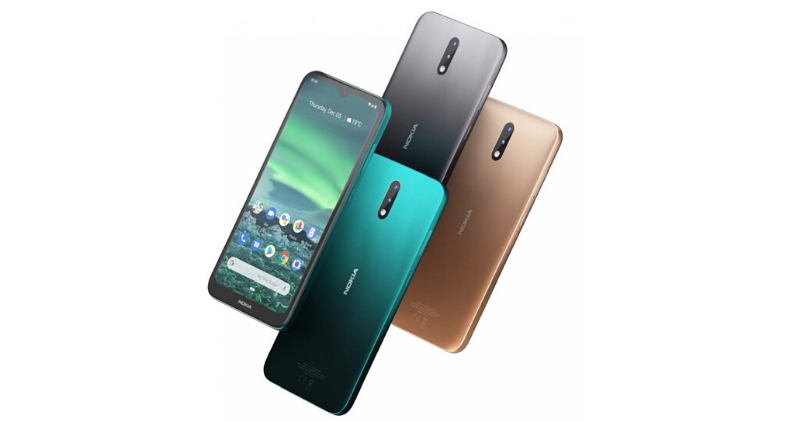 Nokia has launched its new smartphone in Europe, it is called Nokia 2.3. The new handset from the brand is priced at Euro 109, roughly Rs 8,699. It will retail in the country in 2 colours variants including Cyan Green, Sand, and Charcoal. The handset will be made out of Polycarbonate. It is said to sport an 8.68mm thickness and weight at 183 grams.

Talking about the display of the Nokia 2.3, it is a 6.2-inches display with a resolution of 720 x 1520 pixels. It is an IPS panel, which comes with a 19:9 aspect ratio. The company teases that its display has a Capacitive, Multi-touch, Always-On Display, and has a Selfie-notch.

The Nokia 2.3 is powered by a MediaTek Helio A22 (MT6761) chipset, which comes with 4 Cores and clocks at 2.0 GHz. It is accompanied by a 2GB of RAM and 32GB of internal storage capacity, which is expandable up to 400GB via microSD card. It will be running on the Android 9.0 Pie. Note that the external storage is expandable. It does not come with a fingerprint sensor but instead relies on the FaceUnlock. As far as the battery life is concerned, its 4000mAh battery juice claims a day’s life. It has a dedicated Google Assistant button.

Take a look at the detail specifications of the new Nokia 2.2 smartphone in the table below.

The launch price of the Nokia 2.2 smartphone is at 109 Euro, which translates to Rs 8,699 approximately