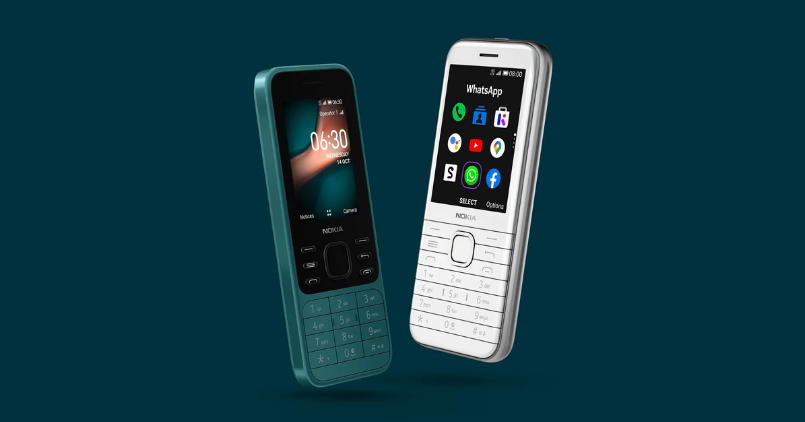 Nokia 6300 and Nokia 8000 are the new feature phones from HMD Global launched in the European market. These phones are now equipped with 4G capabilities and come with a bunch of additional appealing features, like the ability to install apps like — WhatsApp and Facebook, for instance.

These feature phones from Nokia share almost identical specifications. However, they differ slightly in design and cameras. As for the identical deets, both phones run on KaiOS. It has an app store to install apps like YouTube, Google Maps, WhatsApp and Facebook. Despite not running on native Android, the feature phones come with Google Assistant support as well.

As for the displays, the Nokia 8000 comes with a 2.8-inches QVGA display, and the Nokia 6300 features a 2.4-inches QVGA screen. While the former comes in a glass-like design finish (with gemstone inspired colours) on the rear, the Nokia 6300 is enclosed in a polycarbonate shell design. 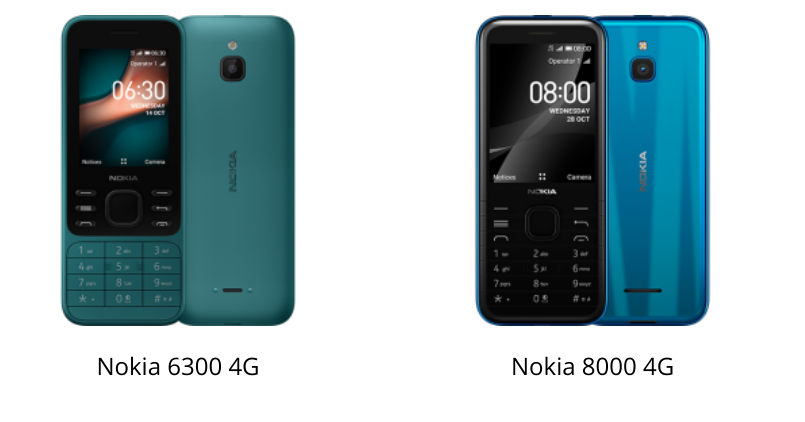 The Qualcomm Snapdragon 210 SoC powers these Nokia 6300 and Nokia 8000, underneath. Both phones feature matching storage options comprising of 512MB of RAM and a 4GB of built-in storage. There’s microSD expansion available for up to 32GB. The similarities between both these phones include in their batteries as well. They have a removable 1500mAh battery each.

The Nokia 8000 has a 2MP rear camera with the torch acting as its flash. On the other hand, the Nokia 6300 has VGA camera setup.

The other connectivity options apart from 4G on these devices include — Bluetooth, WiFi, GPS, a 3.5mm headphone jack, a micro USB port, and FM Radio. Lastly, the phones also feature in either Single SIM or Dual SIM variants.