Nokia 7.1 with a glass rear panel and 18:9 aspect ratio display leaks before the October 4 launch 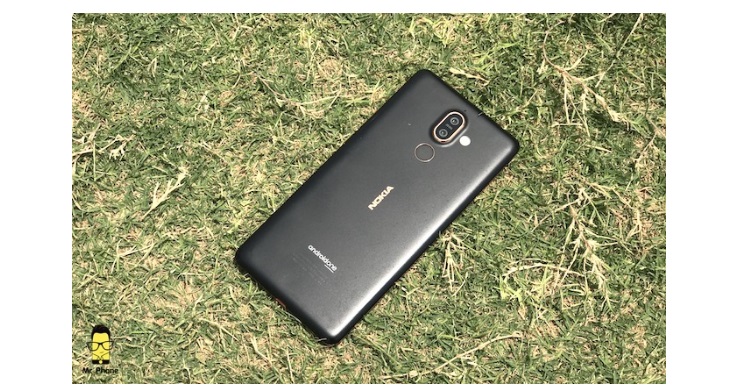 Nokia 7.1 is launching on October 4 and has leaked again today. The phone was earlier mistaken to be the Nokia 7.1 Plus but now Roland Quandt has revealed that it is not so. The device is supposed to be a successor to the mid-range Nokia 7 Plus. But is it really so? Let’s find out.

Also read: Nokia 7 Plus is one of the first few phones to get stable Android Pie 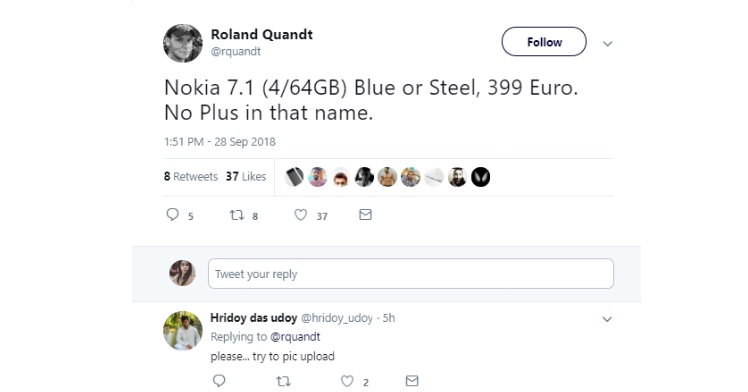 The Nokia 7.1 is likely to come with the Qualcomm Snapdragon 670 processor which is a bit better than the Snapdragon 660 of the Nokia 7 Plus. Earlier, the processor on the phone was rumoured to be the Snapdragon 710. Pricing wise, the phone is likely to be launched at €399 in Europe (Rs 33,000 approx). The Nokia 7.1 has also been mentioned to carry 4GB of RAM and 64GB of ROM. The battery capacity of the phone hasn’t yet been specified. Since it is an Android One phone, we can expect it to launch with Android 9.0 Pie out-of-the-box.

Unlike the other offerings these days, Nokia is still unsure about the notch, it seems. The Nokia 7.1 will come without a notch but the aspect ratio of the display will be 18:9. Hence, one can expect a few bezels on all four sides of the device. The metallic panel of the Nokia 7 Plus has been replaced with a glass one on the upcoming Nokia phone. The rear dual camera setup will be placed in a vertical fashion with Zeiss branding as before.

The device is likely to arrive in two colour options – Blue and Steel. The device is highly likely to be available soon after its launch. Are you excited about it? Let us know in the comments section below. Stay tuned to Mr. Phone for more updates.