Nokia 8.1 full specifications and features leaked ahead of December 5 launch 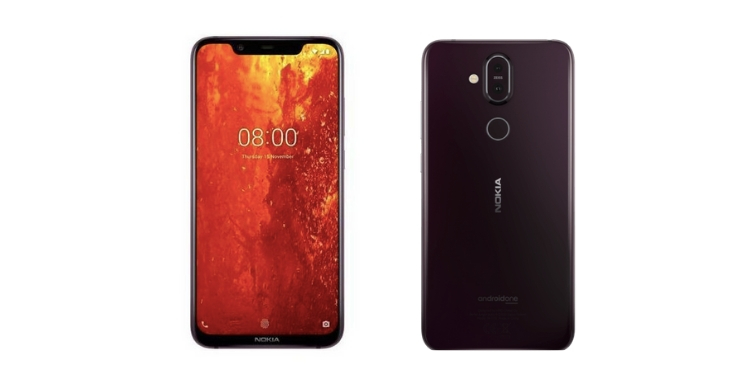 Nokia is all set to take the stage on December 5 to unveil its new smartphone. The company is alleged to bring the Nokia 8.1, which is believed to be the global variant of the Nokia X7. And is further reported to be the same phone previously codenamed Nokia Phoenix. We know this all thanks to the NokiaPowerUser. There are a set of promotional images leaked which almost confirms the specifications before the launch. Let’s talk about that below.

Sporting a 6.18-inch full-HD+ edge-to-edge PureDisplay and a display notch, with a Nokia branding on the bottom chin. The posters also reveal that it will be Nokia’s first smartphone with Snapdragon 710 SoC. With a configuration of 4GB/6GB RAM and 64GB/128GB storage, it shall be running the stock Android 9 Pie. Since, it would be complying with Android One standards, expect a frequent software update.

On the camera front, it will be flaunting a dual rear camera setup with a unique 12MP + 13MP, which will be powered by Carl Zeiss optics. The selfie camera would be powered by a 20MP resolution lens, which is the first that for a Nokia phone to offer such a huge lens on the front.

With its dual tone anodised metal body, Nokia will be offering a pretty sleek shiny looking smartphone on December 5. This handset is believed to arrive in India on December 6. It will be powered by a 3500mAh capacity battery. There will be a support of 18W fast charging, which is great, considering the Android Pie will offer Adaptive battery feature. Nokia allegedly claims 2 days battery on this phone.

What do you guys think of these leaked Nokia 8.1 specifications and features? Would you be interested in this handset even if it’s not priced aggressively? Drop down a comment below. And stay tuned in for the launch updates from Mr Phone.