Home | Reviews  | Nokia 8 Sirocco first impressions: design so sexy you can’t take your eyes off it

Nokia 8 Sirocco first impressions: design so sexy you can’t take your eyes off it 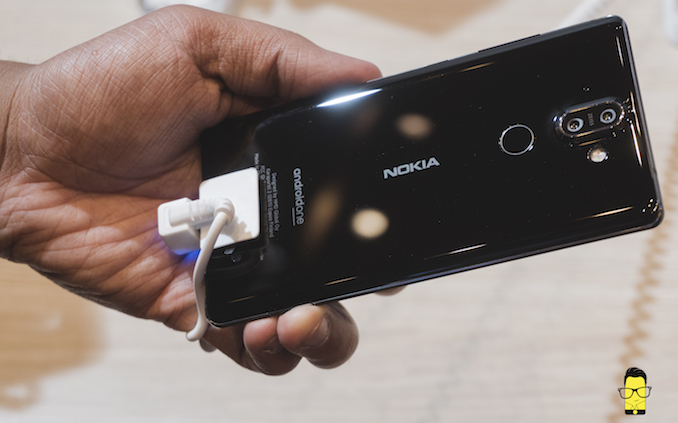 Here are my first impressions of the newly-launched Nokia 8 Sirocco.

The Sirocco edition of the Nokia 8 is quite a head turner. Chiseled from a single block of stainless steel, the Nokia 8 Sirocco looks stunning and I have no doubt about it. Some people might immediately draw comparisons to the Galaxy Note 8, but the Nokia 8 Sirocco is definitely much wider than Samsung’s flagship.

In fact, unlike the Nokia 7 Plus – which has an 18:9 display – you get a 16:9 aspect ratio display on the Nokia 8 Sirocco. It is a crisp QHD resolution 5.5-inch pOLED display that just pops with rich colours. This display is the bomb, if I have to say so. 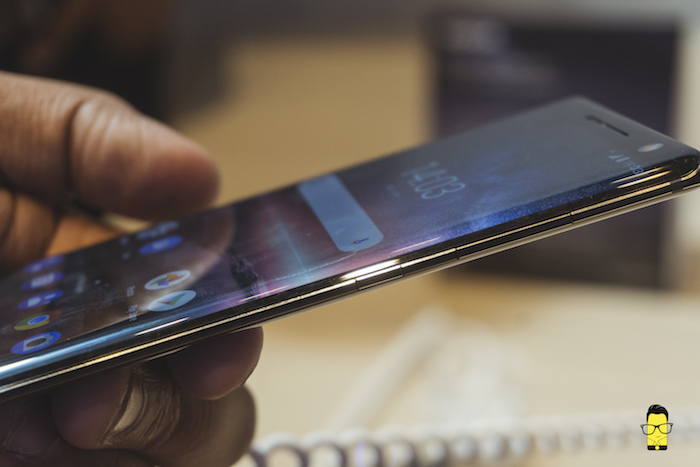 Adding the curved edges to the equation – which Nokia calls 3D glass – just enhances the overall appeal of the phone. But to be entirely honest, the edges will dig into your palm and might be a bit of an irritant. Also, the wide body makes more of a case for 18:9 displays. The phone also comes with the new USB Type-C port at the bottom, which is good. But no 3.5mm jack, is a bit of a downer. 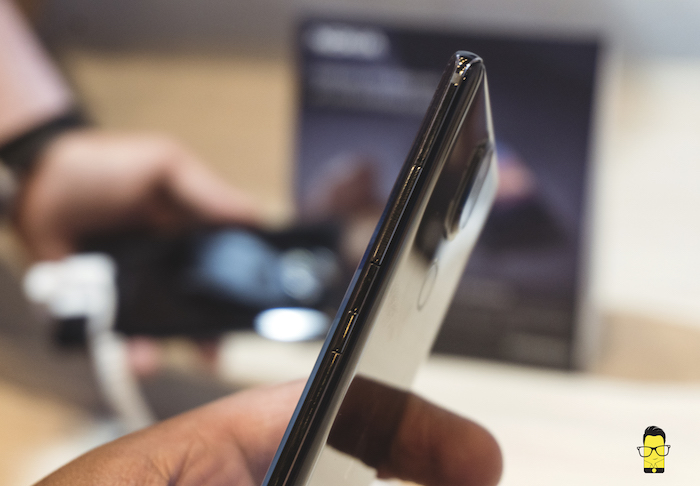 Nokia 8 Sirocco: Dual cameras on the rear, #Bothie with the front

Everyone is kicked about the fact that Nokia is back with the Zeiss partnership. As per Nokia’s famed legacy, the union should ideally mean superb cameras. However, on the contrary, the Nokia 8 wasn’t the top of the league when it launched. 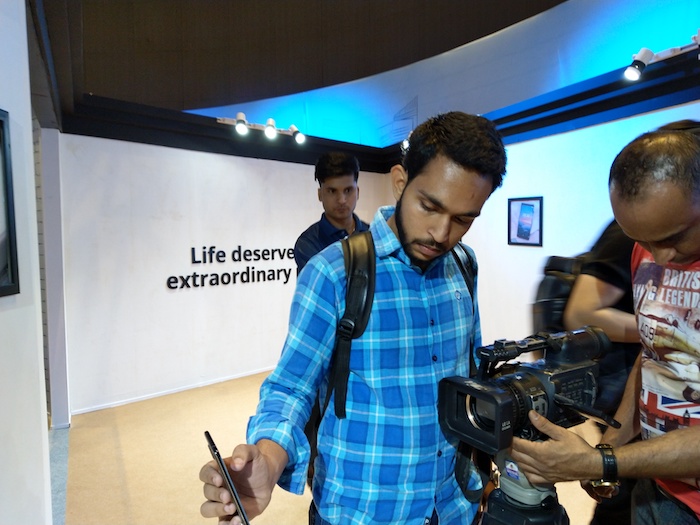 I used the dual 12MP+13MP telephoto camera for a brief period but that’s definitely not enough to judge the capabilities of the phone. I do like the fact that Nokia’s famed Pro mode is back. And, let’s not forget the presence of the weirdly-named Bothie feature. 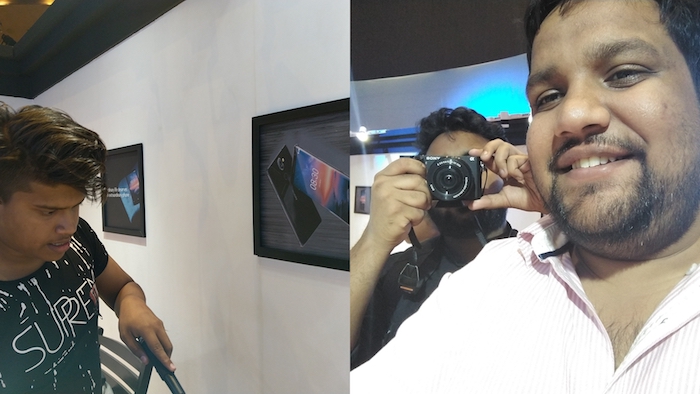 In any case, I am attaching some samples for you to see but it is definitely not enough to judge the camera of the phone in its entirety.

Nokia 8 Sirocco: Android One should appeal to a lot of users

One of the best Nokia announcements from MWC was the fact that all Nokia phones, Nokia 6 and above, will run on the extremely efficient Android One platform. The coolest thing about Android One is that it has no bloatware at all and runs very smoothly. I had some time to spend with the phones at the India launch, and boy it runs fast or what! Trust me you are going to love the experience. I know this is premature, but as far as performance is concerned, you shouldn’t face any issue. 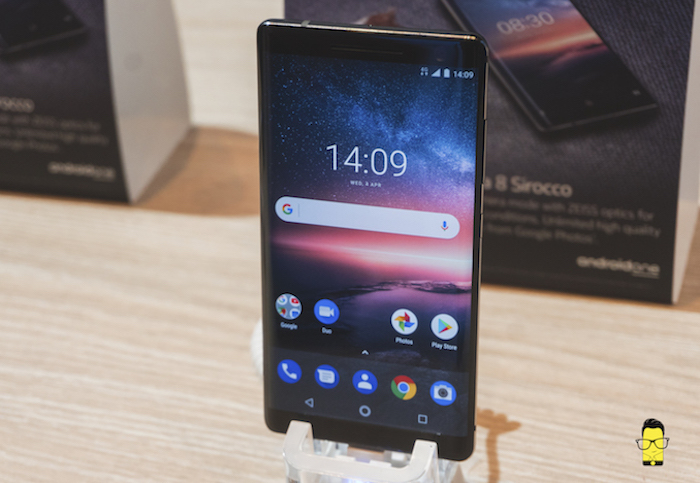 Nokia 8 Sirocco: Not without flaws

The Nokia 8 Sirocco’s only shortcoming is the fact that it comes with a Snapdragon 835 SoC. I know it is a powerful chip, but in 2018 it is definitely dated. Moreover, the asking price of Rs 49,999 really doesn’t warrant anything less than a Snapdragon 845 in my opinion. The Nokia 8 Sirocco also comes with 6GB of RAM and 128GB of internal storage, which should suffice for most people. Considering the original Nokia 8’s battery life was so good, I can’t wait to test out the results on the Sirocco edition’s integrated 3260mAh battery. For what it is worth, it also comes with wireless charging. Just for my knowledge, can you guys tell me if you actually use wireless chargers? Hit the comments section below to reply. 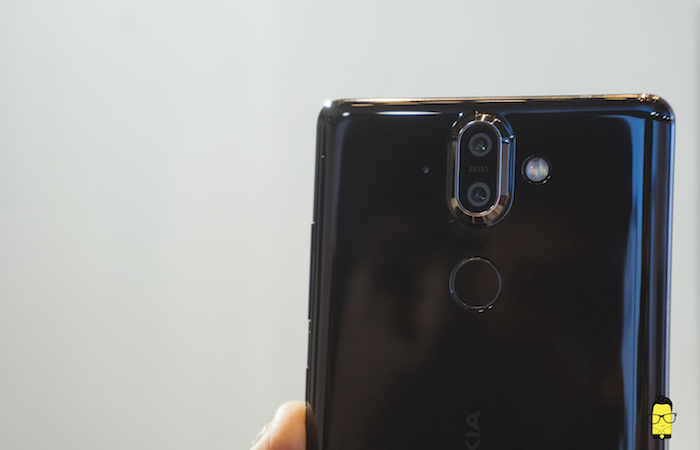 Evidently, the Nokia 8 Sirocco looks and feels very premium. It is not easy making such a product and requires intense R&D to bring out this level of precision. However, I don’t know how many people are actually willing to throw this kind of dough at a Nokia phone in 2018. That too with last year’s flagship SoC. Like it or not, India is a very specs-hungry market.