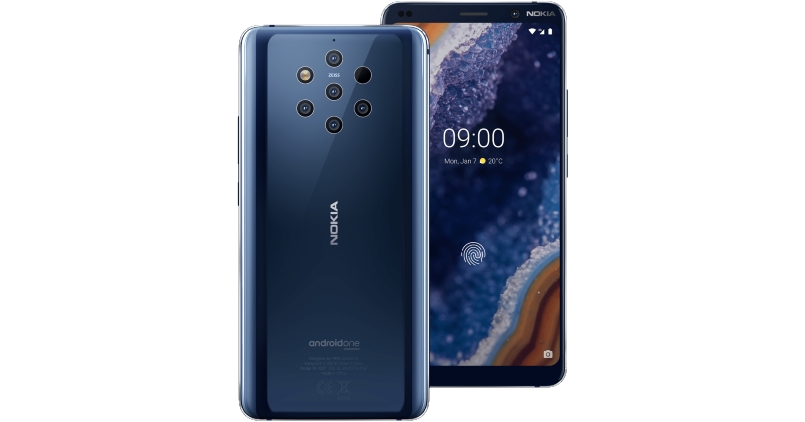 Remember the Nokia 9 PureView? Yeah, the Penta-camera smartphone that was launched earlier this year at MWC 2019. We’ve discussed the possibility of the device making its way to India. And well, it is finally here. The flagship smartphone from HMD Mobile that comes with a staggering penta-camera setup at the back. In case you’ve forgotten, let’s brush you up on the specifications of the device.

Sporting a 5.99-inch pOLED display with QHD+ resolution, it will offer HDR10 support and have an in-display fingerprint sensor. The company is not trying to lure customers by introducing any kind of notch or bezel-less design. Under the hood, the device is powered by a Snapdragon 845 processor. Further, it will be coupled with a 6GB of RAM and 128GB storage. The battery capacity is believed to be at 3320mAh with fast charging support. It also supports wireless charging. The handset would be running on Android 9.0 Pie out of the box.

Powered by five 12MP cameras, the rear camera set up on the new Nokia phone is far more than just a five-camera setup. It brings the Zeiss optics back. Out of these five cameras, two are RGB sensors, while the remaining three are the Black and White sensors. They work simultaneously to capture every inch of the details you shoot. With f/1.8 aperture size and 1.25-micron pixel size. The imaging co-processor was developed in partnership with light, who is known for its outrageous 16 rear camera setup. The selfie camera experience is powered by a 20MP lens.

The Nokia 9 PureView will be available in Midnight Blue from 10th July exclusively on Nokia.com and on Flipkart, and from 17th July 2019 across top mobile retail outlets in India. It will retail at a price of Rs. 49,999.