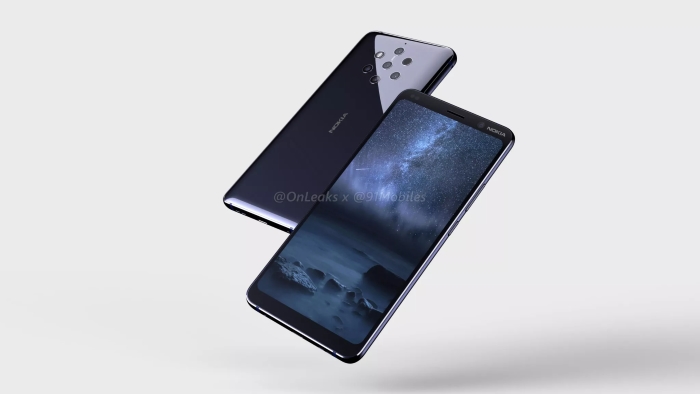 HMD Global, the Finnish manufacturer of the iconic smartphone brand, Nokia has released a teaser showcasing that it would be announcing a new smartphone at MWC 2019. The company’s CPO (Chief Product Office), Juho Sarvikas, recently tweeted about before the press invite shared by the brand official social channels. And there are reasons to believe that Nokia 9 PureView would be headlining the company’s MWC presence.

Earlier Nokia was rumoured to announce its flagship level handset, the Nokia 9 PureView in January. But those rumours are now put to rest as a new report suggest that the company is gearing up for the MWC 2019 week. Also, the Finnish smartphone maker has shared two new banners, which indicates the brand has something cool to show off in Barcelona.

While the MWC officially kicks off on February 25, but the company seems to have scheduled an event a day earlier. The two banners suggest two different smartphone announcement could happen. Where one could be of the Nokia 9 PureView and other could be of the Nokia 8.1 Plus as suggested by the banners.

If you have followed our previous reports regarding the Nokia 9 PureView and Nokia 8.1 Plus, then you’d see the striking similarity in the leaked renders and the products visible in the press invites. Looking at these devices, the company might finally be introducing not one but two flagship level handsets this year.

The significant features that you should know about these two phones is; one would come with penta rear camera setup and other one would have a punch-hole display. Further, expect the Nokia 8.1 Plus to introduce an in-display fingerprint sensor. Both of the phones are believed to be powered by Snapdragon 845, it won’t be the latest flagship chipset, but it shall be powerful enough considering the benchmark numbers.

What do you guys think of the Nokia 9 Pureview and Nokia 8.1 Plus? Let us know in the comment section below.