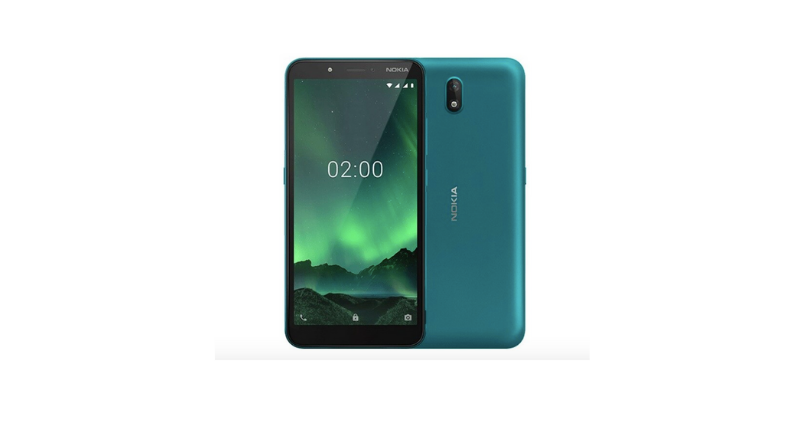 HMD Global has announced its entry-level smartphone, Nokia C2. It’s a successor to the Nokia C1, which was a 3G-enabled handset. The all-new Nokia C2 comes with a 4G network. Nokia has scheduled an event on Thursday for a series of announcements.

But ahead of this event, Nokia has already made the details of C2 available on its website. Further, the company’s chief product officer, Juho Sarvikas has shared on his social media a video of the phone. Let’s talk about the phone in detail below.

Sporting a 5.7-inch HD+ display, which is an IPS display with an 18:9 aspect ratio. Nokia C2 will be coming in two colours, Cyan and Black. It weighs at 161 grams and has an 8.85mm thickness. The Finnish maker has offered a dedicated Google Assistant Button. It has now become a standard design feature on Nokia phones.

Powered by a Unisoc Quad-core processor, it will clock at 1.4GHz and is accompanied by a 1GB of RAM. This is Nokia’s Go Edition smartphone based on Android 9 Pie. The internal storage of the device is 16GB, which can be expanded via a microSD card slot up to 64GB.

Speaking about the camera department, it has a 5MP Autofocus f/2.2 aperture enabled lens with LED flash. While on the front for selfies and video calls, there is a 5MP lens as well. All this is powered by a 2800mAh capacity battery, which Nokia claims can last all-day.

Unfortunately, the handset maker hasn’t shared the pricing yet. What do you guys think of the Nokia C2? It’s a matter of time, but the handset may very well head to India soon.