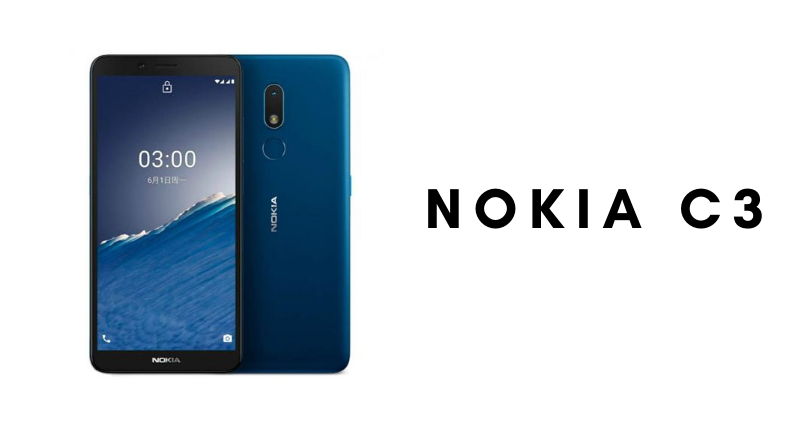 Nokia has been a tech giant for quite some time but, as of a few years, they’ve lost that charm which was present in old Nokia devices. The brand however is constantly trying to fix that and, this time they have launched a budget device for mass appeal. Let us talk about the Nokia C3 in detail.

The Nokia C3 features a 5.99-inch HD+ display with the old 18:9 aspect ratio, although, we won’t complain considering its price tag. The device features a 1.6 GHz chipset which is supposedly the Unisoc SC9863A SoC. In terms of storage options, the device will come with a 3 GB + 32 GB variant only.

As for the cameras, the device is equipped with an 8-megapixel primary sensor paired with a 5-megapixel selfie snapper. These cameras should do the job but, are not meant for anyone interested in photography. As for the battery, the device comes with a 3,040 mAh battery which is charged via the Micro-USB port, something that has become quite old in even the budget segment.

We hope Nokia starts providing Type-C ports for devices in the future since the Micro-USB has a host of cons, with no good pro. Additionally, there is a rear-mounted fingerprint sensor, which should be adequately fast.

The Nokia C3 is limited to China as of now and comes in only one variant, the 3+32 GB variant which is priced at 699 Yuan (Rs 7500 approximately). The phone will go on sale from the 13th of August and can be availed in two colours Nordic Blue and Gold Sand.

What do you think about the Nokia C3? Is it a good budget oriented device or would you rather go with devices from realme, redmi, etc. Do let us know in the comments below.