Nokia X5 with Helio P60 launched at a base price of Rs 9,999 approximately 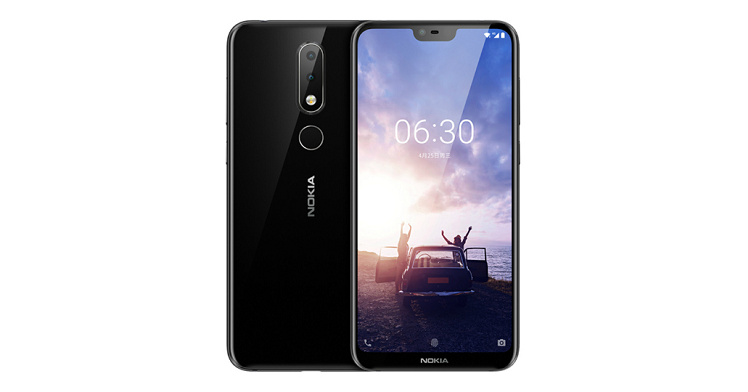 Nokia created big ripples in the budget segment of China with the launch of the Nokia X6. And here it is once again, hoping to make another splash with its smaller sibling, the Nokia X5. The handset had been in rumour circles around Weibo since a month and we did already know quite a bit about the handset but here is the official info now.

The Nokia X5 treads in the footsteps of its bigger brother with a mind-boggling price of 999 Yuan. That translates to Rs 9,999 approximately. If you’re not impressed, you will be, after you see its specifications.

The Nokia X5 boasts MediaTek’s newest trump card against Qualcomm’s Snapdragon 6xx series of chips. It is equipped with the HelioP60 chipset built with the 12nm process node which has impressed users and reviewers alike in 2018. The chip is clocked at 2.0GHz and comes with a Mali-G72 GPU which is capable of intense graphics. The handset has a 5.86-inch IPS display with HD+ resolution and a 19:9 aspect ratio due to the notch sitting on top of the screen.

The Nokia X5 also has dual rear cameras – 13MP + 5MP sensors with AI scene recognition, AI Portrait Mode, and more. For selfies, there’s an 8MP sensor that occupies a part of the notch.

If you know Nokia, you know its software is pretty much stock and the Nokia X5 runs Android 8.1 Oreo on first boot while the battery is of a respectable 3000mAh capacity. The Nokia X5 comes in two variants and will start at a price of Rs 9,999 for 3GB RAM model and goes up to Rs 13,999 approximately (1399 Yuan).

While both the Nokia X6 and Nokia X5 have not launched in India, we’re expecting both handsets to debut in the country soon. When that happens, there will be another big splash in the budget segment of the country.